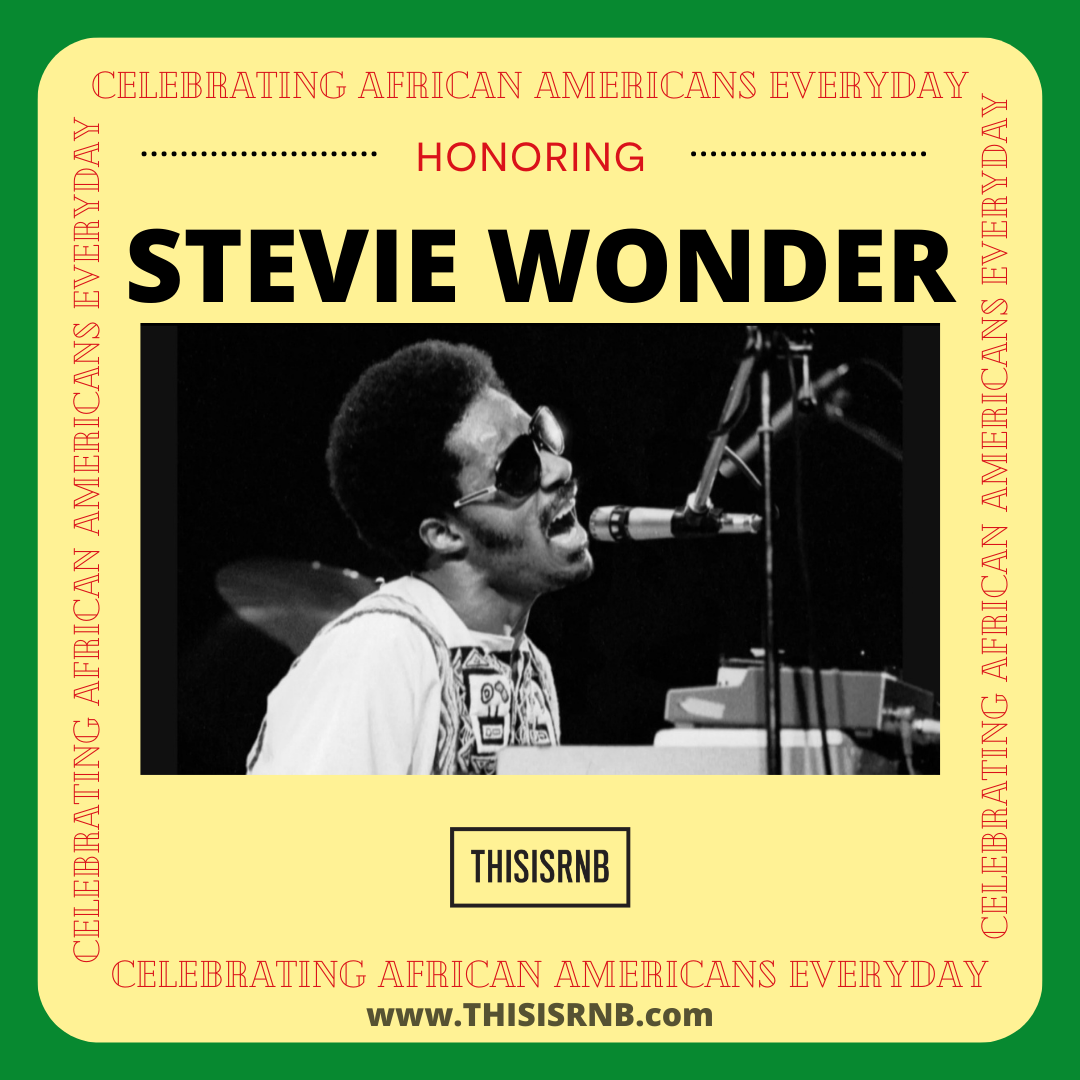 As we celebrate African American History everyday, 365 days a year, GroovyTracks is paying  special homage to humanitarian, iconic poet, songwriter, worldwide performer, musician, Civil Rights Activist and genius, Stevland Hardway Morris. Known the world over as Stevie Wonder, he has been putting  rhythm & blues hits down pound by pound for over 50 years.

Wonder’s interests in Civil Rights and as an activist, led our nation to recognize the major contributions Dr. Martin Luther King Jr. made to our country. He was extremely instrumental in getting legislation passed to celebrate and honor King’s birthday with a national holiday.   Wonder’s music has been closely intertwined and purposeful in providing social messages of respect and love of one another. His recent release is yet  another socially conscious song “Can’t Put It In The Hands of Fate.’

Affectionately known as “Fingertips” among his contemporaries for  his touch of the synthesizers and harmonicas which propelled his music toward “Higher Ground” (pun intended) in the 70s and, still today.

Wonder’s humanitarianism and musical collaborations continue to be the gold standard for social consciousness and awareness.  Two of the many smash hits are “Ebony and Ivory,” by the legendary composer, singer, songwriter and producer George Duke with Sir Paul McCartney of The Beatles, and the world’s anthem, “We are the World” written by the incomparable, Michael Jackson and Lionel Richie.

Stevie Wonder we celebrate you and the indelible mark you have made on the world, and the musical works that have become the soundtrack to our lives.