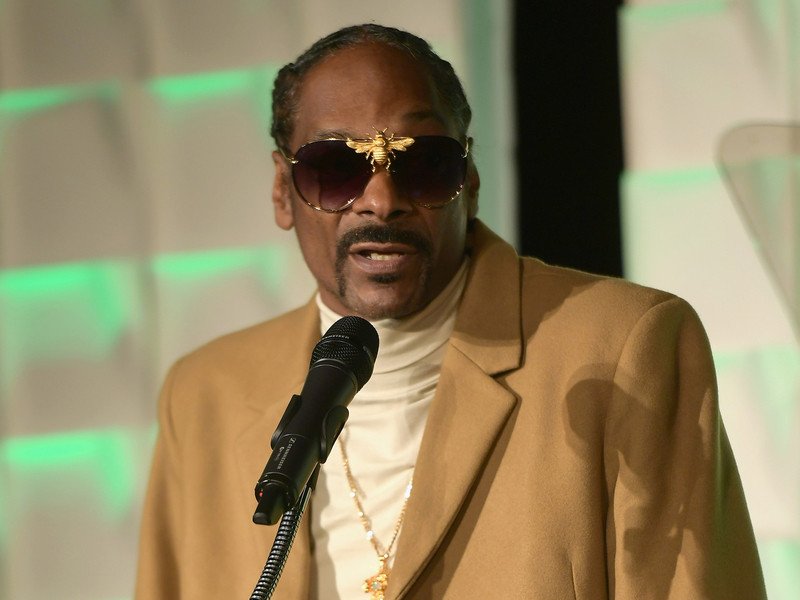 GroovyTracks – This week in Hip Hop, Snoop Dogg called out Gayle King after she asked about Kobe Bryant’s past rape allegations during an interview with former WNBA player Leslie Jones. Also, Nick Cannon recalled the time he almost beat Eminem’s ass and Future vowed to get his son, who is facing hefty prison time, the best legal representation possible.

Snoop Dogg made his feelings about Oprah Winfrey and Gayle King abundantly clear this week.

Winfrey has received criticism for her support of sexual assault documentaries about Russell Simmons and Michael Jackson while supporting the likes of Harvey Weinstein in the past.

“Did that fake ass micheal Jackson shit to tarnish his name with them lying ass kids and here she is with a known rapist smiling and laughing,” Snoop wrote in the caption on Instagram of Winfrey and Weinstein together. “Fuck u and Gayle. Free bill Cosby.”

Snoop also posted a video of himself making threats to King, calling her a “bitch.”

Sports journalist Jemele Hill decided to remind Snoop Twitter that Bill Cosby is a convicted sex offender. The following day, Cosby — who is currently in jail for the sexual assault of a Temple University employee — thanked Snoop for his support.

After catching wind of Snoop’s commentary, former United States National Security Adviser Susan Rice had a threat of her own for the veteran West Coast rapper.

“This is despicable,” Rice tweeted. “Gayle King is one of the most principled, fair and tough journalists alive. Snoop, back the **** off. You come for @GayleKing, you come against an army. You will lose, and it won’t be pretty.”

Nick Cannon recently spoke with VladTV and recalled looking for Eminem in Detroit to fight him in the name of his ex-wife Mariah Carey.

“I went lookin’ for that muthafucka,” he said. “I went to Detroit. He don’t live in Detroit. He don’t live nowhere near 7th or 8th mile. He lives in Michigan and rightly so. He’s supposed to come up. I believe it was the BET Awards. Like I said, at the time I was managed by Chris Lightly, musically at the time, so was Mariah, Chris was managing 50 and he was talking to Paul [Rosenberg] all the time…this is a decade ago.”

He also admitted Orlando Brown’s oral sex claim against him was karma, but he’s not homophobic.

“Some people were saying I was being homophobic,” Cannon said. “I was like, ‘I’m not scared of him sucking dick. There’s nothing scary about it, if that’s what you like.’ I was like, ‘Bring all your boyfriends to show. Come to the show muthafucka.’ So Orlando Brown comes out with just as ridiculous accusations toward me. I was like, ‘Oh man, karma is a muthafucka!’ Shouts out to that. I actually think Em handled that pretty well. He handled that with a sense of humor, said I was making his gardener jealous, called me a ‘bougie’ [fuck].’”

Wilburn will be represented by a public defender but no court date has been set.⁠ Hit the link in bio to read more!

Future’s 17-year-old son Jakobi Wilburn is facing two decades in prison for gang activity,so the Freebandz general has plans on hiring the “best attorneys” in his defense.

Wilburn was arrested and charged with criminal trespassing, criminal gang activity and altering the ID number on a firearm in January.

It was originally reported he’d be represented by a public defender. However, his mother Jessica Smith confirms she and Future are working through the situation.

“Our son is a minor and to protect his well being in this trying situation,” she said. “We ask that everyone please respect our privacy at this time.”

Netflix’s documentary Who Killed Malcolm X? is out now and features a soundtrack by Prince Paul. Speaking with GroovyTracks, Paul described the project’s upcoming release in detail.

“Around Malcolm X’s birthday [May 19], we will release the soundtrack in a limited vinyl release of 250 copies, which will be signed and numbered,” Prince Paul told DX. “There will also be a 100 cassettes available. That’s all we are making and then it will be out of print. I would advise all collectors to pick this up. It’s really good music.”

The LOX’s Jadakiss stopped by GroovyTracks’s office to discuss his forthcoming album Ignatius and during the conversation, he shared an old Bad Boy tale involving Styles P throwing a chair at Diddy.

“It was probably after the argument with Diddy when Styles threw the chair at Puff,” Jada remembered about their departure. “I ain’t sure, but that was probably the last straw for that. Prior to that, there was conversation amongst the group and things of that nature but after that little incident happened, that’s when we decided to part ways.”

Warhol.SS Talks SoundCloud Legacy & Dropping Out Of College After 1 Week

Chicago’s Warhol.SS recently spoke with DX about his M.I.A. EP and talked about the criticism received by rappers who got their come up on SoundCloud.

“I feel like people should behave,” he said. “We had a whole wave that was just a new wave for Hip Hop. We had a new sound and a new way of putting shit out. We was in control of all the shit, too. But for the old ears and muthafucka that didn’t make it off SoundCloud, some were mad that they wasn’t a part of it. Or mad that, ‘Damn, these a bunch of kids that already figured out this shit, in six months, where I done took 10 years to try to find out.’ But, it’s how to play the game”