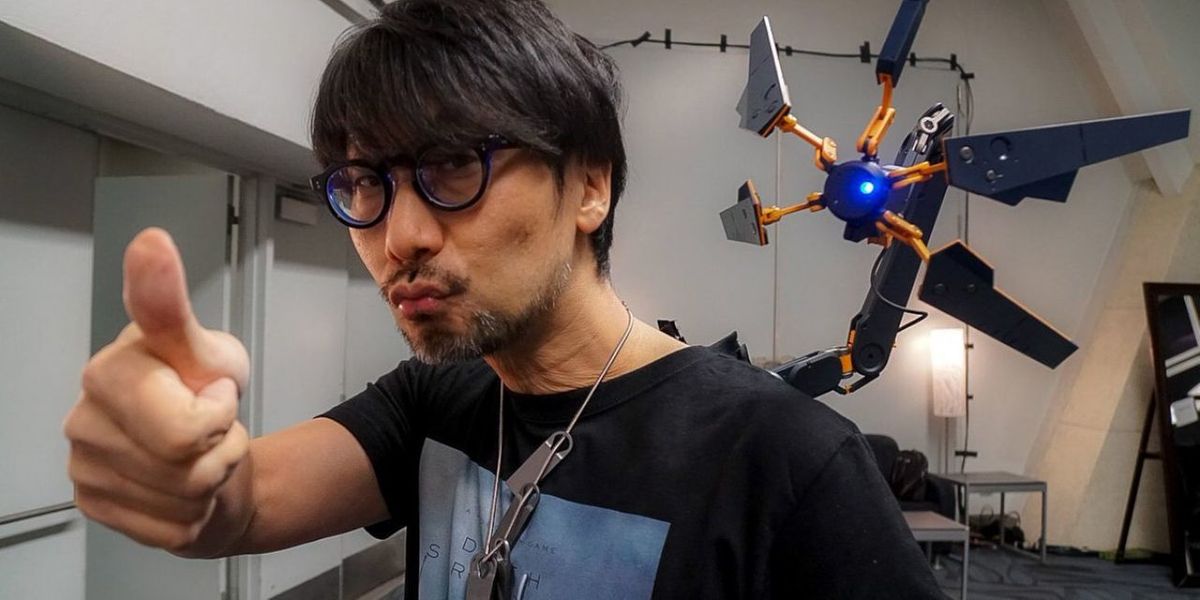 Once upon a time, acclaimed movie critic Roger Ebert stated definitively that “video games will never be art.”

It’s the kind of absurd blanket statement that men who feel entitled to universal respect like to make without fear of being ridiculed. It’s also the same response that the gate-keepers of aging media say each time a new form comes along.

“Sure, movies are great, but they’ll never rise to the level of literature.” “I like TV as much as the next guy, but you’ll never see a TV show that can compete with The Godfather.” “Can you please stop telling everyone that your Internet articles are ‘better than Shakespeare?'”

It’s the equivalent of saying that porcelain will never be art because you’ve only ever seen it in the form of a toilet. The fact that you’ve only ever played Tetris and Street Fighter says nothing about the limits of what video games can be.

The medium is as amenable to artistry as any audio-visual form. The fact that it adds a layer of audience engagement doesn’t detract from that. That interaction adds complexity and potential that has presented new challenges for people striving to elevate video games to the level of artistic achievement, but that’s hardly a weakness—rather it expands the scope of artistic possibilities.

In fact the medium of video games has already spawned multiple avenues of undeniable artistry and merit.

Some will no doubt claim that these are “not true video games”—just as there are “no true Scotsmen”—but for the sake of fairness, it’s worth noting that this is clearly not the kind of art that Roger Ebert was talking about.

His background is in film, and that’s the realm of art from which he’s barring video games. They will never—according to Ebert—be able to tell a clear and compelling story the way that movies can.

Art in Our Lifetimes

It should be noted that in 2010 Ebert qualified his assertion, saying that “no video gamer now living will survive long enough to experience the medium as an art form.” Enter Hideo Kojima, who has just been brought on by the Tribeca Film Festival to guide the new Tribeca Games Awards.

Clearly the festival organizers—who first called out a video game for recognition in 2011 with LA Noire—do not agree with Roger Ebert’s assessment. And Hideo Kojima is the perfect ambassador for the concept of video games as narrative art.

In some ways Kojima is decidedly behind the times. In particular, his approach to female characters has sometimes seemed to suggest a regressive lack of interest in women’s humanity. But he is widely considered to be a pioneer of storytelling in video games.

This is the man with whom visionary and Oscar-winning director Guillermo Del Toro has repeatedly collaborated, saying in 2016 that he would “do whatever the **** [Kojima] wants.” Kojima’s interests in philosophy, politics, sociology are woven into his story-telling, producing video games that not only convey compelling narratives, but produce prescient cultural commentary.

Since the early installments of the Metal Gear series, Kojima has been incorporating complex stories and deep worldbuilding into his games, as well as taking visual cues from cinematography. To say that what he’s doing is lesser than cinema as an artform is to bury your head in the sand and pretend it’s still 1985.

And yet, in 2006, Kojima himself seemed almost to agree with Ebert, saying in an interview with OPM that while video games contain art and artistry, they should be thought of more as a service where customer satisfaction is central, likening himself to a curator in a museum deciding, “how do we light up things, where do we place things, how do we sell tickets?”

Of course, criticism applies just as well when looking at filmmaking, with the exception of student art films (because no one is looking at those anyway). But perhaps Kojima’s views have changed since separating himself from his longtime publisher, Konami. Perhaps that’s why he’s been willing to spend time on more idiosyncratic and potentially alienating work.

The Rise of a new Narrative Form

Still, the core of character development, worldbuilding, and coherent narrative remain central for Kojima. And while incorporating these elements seamlessly into gameplay experiences spanning dozens of hours, without skimping on the quality of gameplay, is no doubt a substantial challenge, but it’s a challenge that more and more game studios have been taking up in recent years.

From Fallout to The Last of Us to God of War, more and more video game series have been asking players to invest not just in the excitement of the gameplay but in rich characters and a detailed world. With production costs rivaling blockbuster films—and taking up a great deal more of their audience’s time—major games studios have no excuse not to invest in the narrative aspects of their games.

Kojima’s latest creation, Death Stranding, took those ideas and also incorporated elements of other approaches to digital art—with sections that mimic the sculpture garden approach of moving through an atmospheric digital landscape, and other sections that express emotional truths through powerful metaphors of isolation and loss.

The result is a taxing gameplay experience that no critic could confuse for mere entertainment.

But can you really compare 60 hours of meandering gameplay to the controlled artistry of a two-hour story that replays identically each time you watch it? Definitely not. Video games will never be movies.

That may be what Roger Ebert really meant when he said they would never be art—they will never recreate the experience of watching a great movie. But that’s not at all what creators like Kojima are aiming for.

They are creating something more. Drawing inspiration from cinema, and literature, and painting, and poetry, and every other area of aesthetic human endeavor, creators like Kojima are charting the bounds of a new artform with interactive uncertainty that does not allow for the clean, controlled story-telling of other forms, but unlocks new potential.

Just as the audio and visual nature of filmmaking added complexity that allowed Stanley Kubrick to transform a Stephen King novel into The Shining, the interactive nature of video games can transform these influences into something entirely new.

In many cases that added potential will result in games falling far short of what the medium can achieve. It will mean disappointing cash grabs that provide crass spectacles and tap into simplistic addictive patterns rather than aiming for anything loftier.

Does that do anything to detract from the great works in the field? Does Garfield: A Tail of Two Kitties in any way impugn the value of Citizen Kane?

Of course not. It’s time to let go of tired ideas like Ebert’s gate-keeping and embrace the inevitable reality of video games as art. Whether Kojima admits it or not, he’s an artist. And with his involvement in their new games awards, the Tribeca Film Festival is making a major step toward that end.