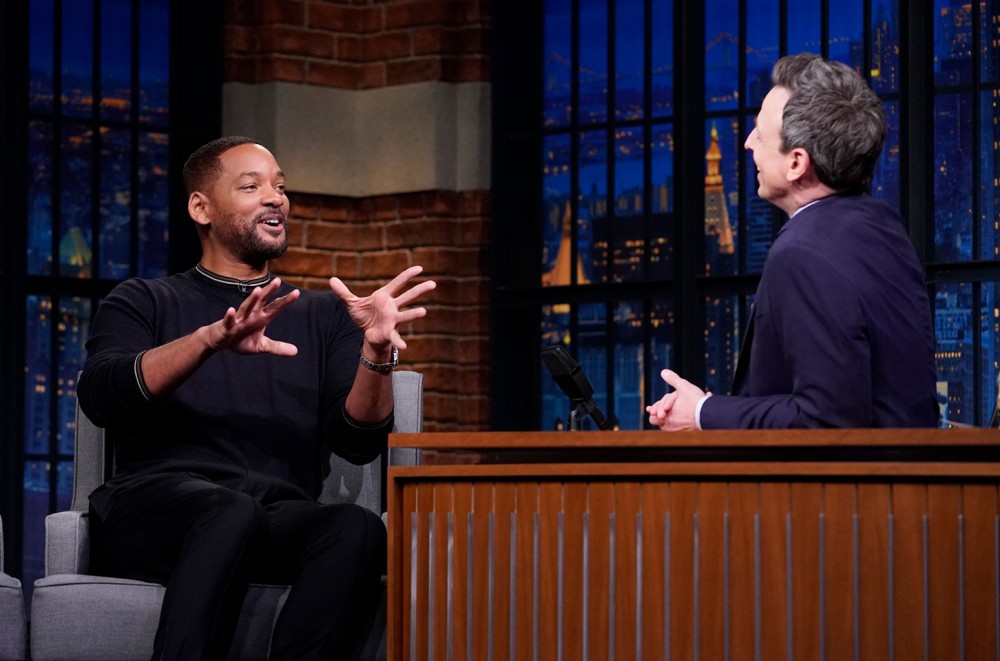 Will Smith stopped by Late Night with Seth Meyers on Tuesday (Jan. 14) to promote his upcoming threequel, Bad Boys For Life, and opened up about his early career as a rapper and hip-hop star.

When host Seth Meyers brought up Smith's penchant for ultra-clean lyrics during his '90s heyday, the superstar revealed a dressing down from his grandmother at a young age was what inspired him to eliminate curse words from his rhymes.

"I was 12 years old and I started rapping," he said. "So I had my rap book and I was writin' my stuff and I had all my little curse words in my rap book. And my grandmother found my rap book. She never said nothin', turned to the back page and she said, 'Dear Willard, truly intelligent people do not have to use words like this to express themselves. Please show the world that you're as smart as we think you are. Love, GG.' And I read that and I was like, 'F–k!'

After rising to fame in the 1980s as one-half of hip-hop duo DJ Jazzy Jeff & The Fresh Prince, Smith broke out as a solo artist with hit albums like 1997's Big WIllie Style and 1999's Willennium in the wake of his starring role on The Fresh Prince of Bel-Air. His most recent LP, 2005's Lost and Found peaked at No. 6 on the Billboard 200.

Bad Boys For Life is set to hit theaters nationwide on Friday (Jan. 17).

Check out Smith's full Late Night sit-down — including how he got starstruck meeting Eddie Murphy — below.