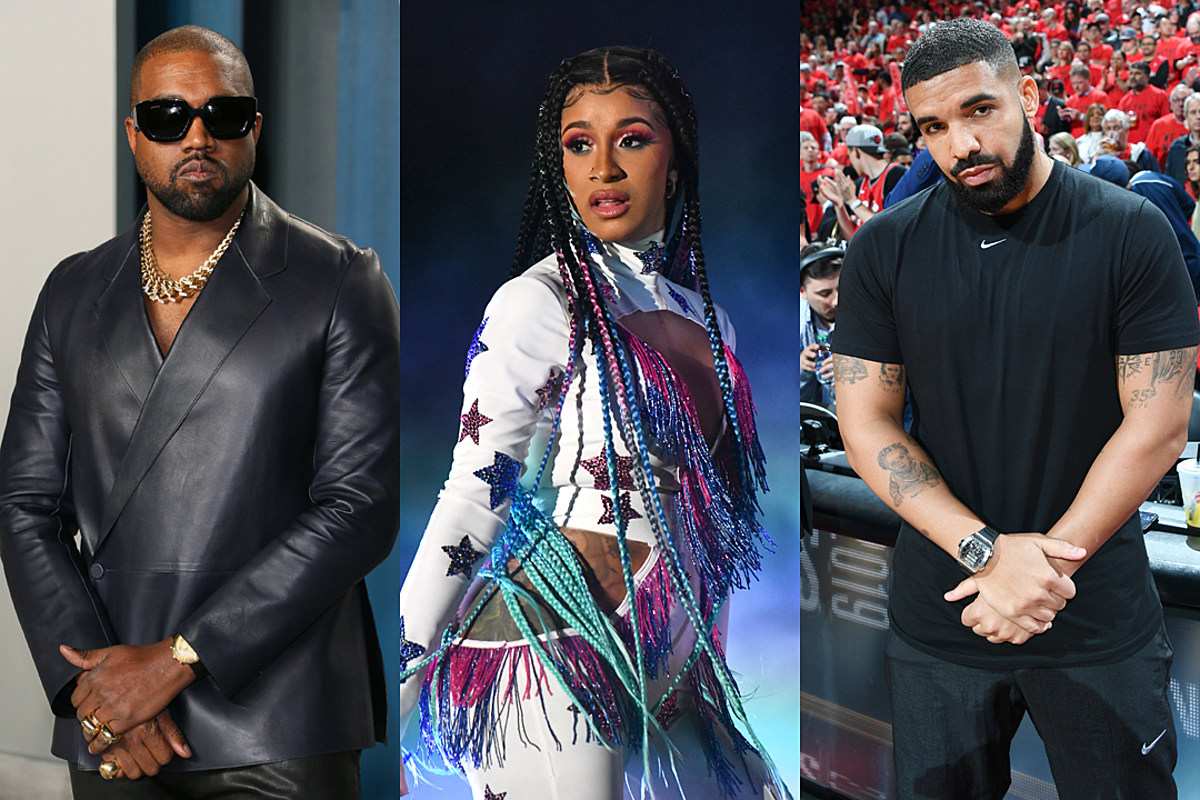 The road to being a successful rapper isn't always a linear one. That's a fact rappers who became famous for something outside of rapping can attest to.

Back when she was first becoming famous around 2014 or 2015, Cardi B was known primarily for the outsized personality she showcased in her humorous Instagram videos. After parlaying that attention to a spot on Love & Hip Hop: New York in 2015, she dropped her debut mixtape, Gangsta Bitch Music, Vol. 1, in February of 2016, and the legend of Cardi B The Rapper began.

Drake and Kanye West also made waves without being known as rappers first. Drizzy was a star of a popular Canadian teen soap opera before he dropped his So Far Gone mixtape and began his road to rap stardom in 2009. For Kanye, he'd been trying to be a rap star for years prior, but his first experiences with fame came as a result of producing music for rap stars across the industry between 1996 and 2003. By the time he dropped his debut album, The College Dropout, in 2004, though, everything had changed for good and he was recognized as a stellar MC, who also produced.

These are just a few rappers who got famous for doing something outside of rap. Throughout history, there have been many artists like this, each with different stories about their journey to rap stardom.

Today XXL, takes a look at their road to stardom. Check out all the surprise career turns and dream-unlocking for yourself below.