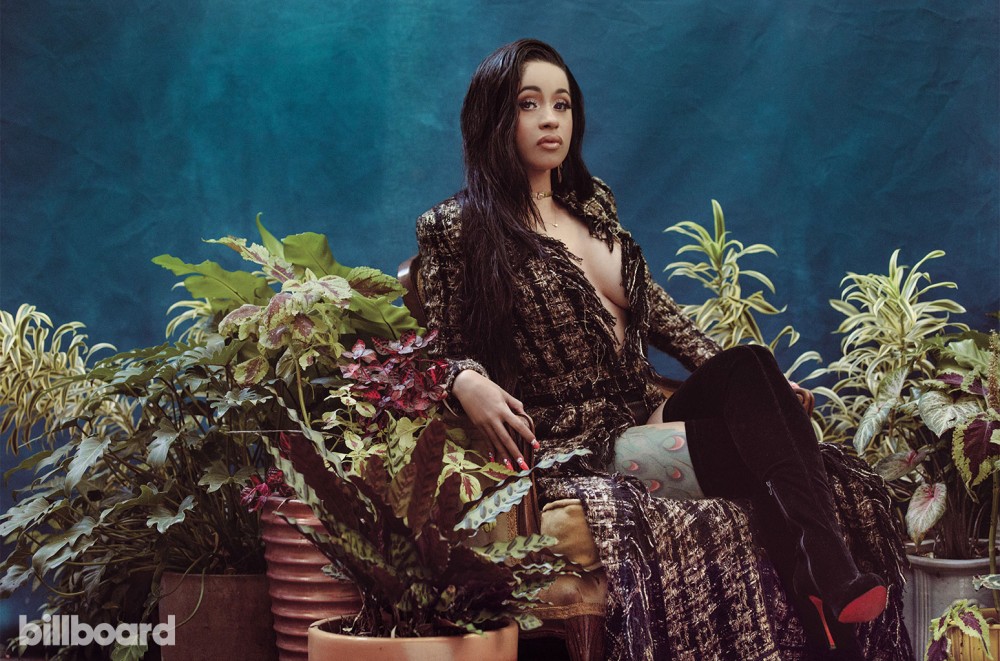 Though we're only a couple of days into the new year, it appears Cardi B is ready to let the cat out the bag regarding her next album.

After being asked to "spill the tea" on her forthcoming single on Twitter, on Monday (Jan. 6), Cardi tantalized fans with a quick three-second teaser of her Wheezy-produced track. Though Cardi only utters "Don't shake / Earthquake" on the snippet, it did more than enough to cause a frenzy on social media. "OMG SOUNDS LIKE A BOP… YOU'RE SUCH A TEASE," tweeted one fan. "Can't wait for your new album!!"

Last year, Cardi dished out a bevy of singles, including "Press" and the Bruno Mars-assisted jam "Please Me," with the latter vaulting its way into the top five on the Hot 100. In November, Cardi unleashed a blistering minute-long freestyle on Instagram, which served as an appetizer for her hotly-anticipated sophomore attempt.

This month, the Bronx MC is up for best rap performance at this year's Grammys for Offset's thunderous record "Clout." The record peaked at No. 39 on the Hot 100 last May.

Check out Cardi's snippet below.