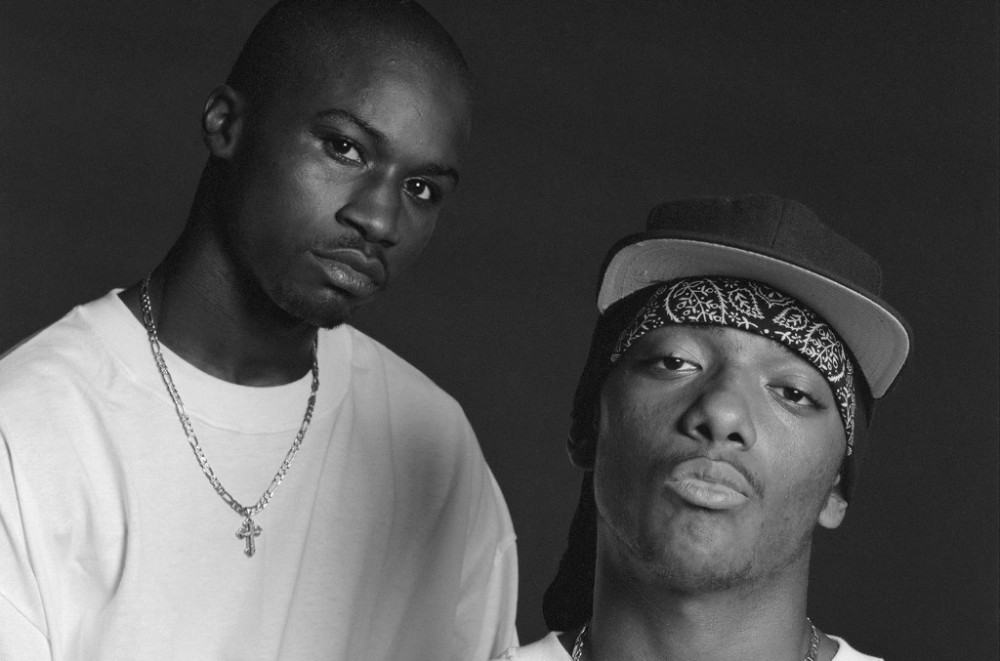 Havoc of Mobb Deep reflects on the duo’s breakthrough album, a dark classic that came to define hardcore hip-hop in the mid-1990s.

In the mid-1990s, New York City was in the midst of a major hip-hop resurgence. As the West Coast had taken hold of the mainstream circa 1992, New York had answered with a new generation of hardcore emcees and producers that led the East raging back to prominence.

Amongst the rarefied emceeing of Nas, the slick street appeal of Bad Boy and the cultural movement that was Wu-Tang, a duo of young rhymers out of the Queensbridge projects delivered an album that was unapologetically dark, unflinchingly nihilistic and undeniably real. Mobb Deep’s second album The Infamous set the rap world ablaze in 1995, with barely-out-of-their-teens rappers Prodigy and Havoc hailed as dark storytellers with a penchant for murky, melodic odes to street life. 25 years later, Havoc talked to Billboard about making the album that made Mobb Deep stars—and the era that reshaped the 1990s East Coast.

“It was like we came off of that late-‘80s, super early-‘90s vibe and the West Coast was killing it,” Havoc remembers. “Nas was peeking through, Biggie was coming through. Those are two artists — you can’t come with your B-game. It’s no f–king around. If you can’t level up to that, you’re not gonna be remembered. Biggie and Nas and Rae and Wu set the bar high. That s–t was set high. It could’ve really f–ked with a person’s mind, so you’ve got to be really, really confident. And at the same time, [you’ve got to] ignore them and just do you. That era was beautiful.”

The Infamous featured harrowing tales of drug dealing, beef and gunplay, stories from the same Queensbridge that had birthed everyone from Marley Marl to Nas, but Mobb Deep offered very little sunshine or nostalgia when it came to their home turf. There was no “Memory Lane” on The Infamous, as the duo made it clear that “Queensbridge don’t play.”

“I remember it just being like a exploration,” Havoc recalls. “At first, we didn’t really know what to expect. We was fearless, we was just making music to just please our people. A lot of everything was going on, we still was in the hood. A lot of shootings, the drug dealers, the beef with different crews — and through it all we still was able to create an album.”

Following the commercial failure of the duo’s first effort Juvenile Hell, Havoc understood that he had to take a different approach as Mobb Deep’s producer. “[With 1993’s] Juvenile Hell, we was coming fresh out of high school and we just thought we was gonna make it, off top,” he says. “We were a little bit arrogant with it. And we quickly found out that it takes more than making a record. Though we were passionate, I don’t think we knew the severity of it. We had to fall. So the second time around, we were a little bit more humble and hungry and our backs were against the wall.”

And Havoc decided to push himself sonically to an altogether different place. “I was just taking more chances and being a little more creative and I took it more serious. Because I was just like, ‘I gotta make something that my friends really like. Not just something that I like…’ So the second time around, I was like — the hood gotta love it, not just Havoc.”

And as far as his partner, the late, great Prodigy stepped into the emceeing spotlight in a way that even Havoc didn’t see coming. “The whole album he stepped his game up,” Havoc explains. “[When] we were on Juvenile Hell,  I thought I was the lyricist of the group. When we started working on The Infamous album, I didn’t notice it because I was so close to it. When something is right in your face sometimes, you don’t see it. But as time went on I said ‘goddam, this dude is a animal.’

Mobb Deep made the switch from 4th & B’Way to Loud Records between Juvenile Hell and The Infamous, and after the jump, Q-Tip was brought in to help work on the album.  The famed frontman of A Tribe Called Quest may have seemed an unlikely candidate to give an assist on a grimy, hardcore project, but Havoc was ecstatic to have The Abstract on board.

“We kinda met him early on and during the Rush Associated Label days,” he explains. “And actually came back together when we did the deal with Loud Records. I was a little nervous doing everything on my own. So I think Mattie [Matt Life] and ‘nem was like, ‘We should get Q-Tip to come in and help you do a couple things.’ And I was like all for it because I looked up to A Tribe Called Quest as far as production was concerned. I felt like their production was the best at the time. He came in and what he really did was show me how to sync the drums, how to sample correctly.”

That confidence was evident when “Shook Ones, Pt. II” hit radio in February 1995. The single set the stage for The Infamous and became Mobb Deep’s major breakthrough. “When we dropped ‘Shook Ones’… we didn’t know what to expect. We hadn’t never had any music that was nationally or internationally received. So when ‘Shook Ones’ came out and we seen people taking to it after a couple of months — aw man, that’s when we finally realized we had something.”

The Infamous vaulted Mobb Deep to the forefront of the East Coast alongside their venerated peers, and helped cement New York City hardcore in the mid-1990s. But as the decade wore on and the rap game became big money, shiny suits and mafioso fantasies made the album’s grimy realness less in vogue. Nonetheless, Mobb Deep maintained a strong hold on the culture with 1996’s Hell On Earth and 1999’s platinum-selling Murda Muzik. At the end of the decade, with crossover rap at an all-time high, Mobb Deep was still Mobb Deep. But it was getting harder to maintain in changing times.

“That was tough for us, man,” Havoc admits now. “The problems we was having with MTV and BET. All of these outlets — they were giving us so many problems. We’d give them the record edited and censored and they’d send us back more censors! Imagine having to toe the line between making a street record and a radio record. It’s like an impossible balance.”

The group did return to radio success at the end of the decade with the Lil Kim-featuring remix version of “Quiet Storm,” lead single from Murda Muzik. “I didn’t think it was gonna have the success that it did because we was up against Jay-Z and Ja Rule and all these new people coming out,” Havoc remembers of the hit. “But we was like, ‘Let’s just go for it, we us, we can do it.’ And it turned out to be a platinum album for us. But it became more and more difficult to do that as time go on.”

We lost Prodigy in 2017, but Mobb Deep’s legacy remains one of the more indelible in hip-hop history. Havoc has maintained that legacy, a keeper of the Mobb Deep flame his own work and rumors of a possible final Mobb album down the road.  He wants young stars to embrace the lineage of that music and be inspired by it (“We gotta keep telling the stories. The era gets lost in the shuffle because ain’t nobody championing it.”), and when he looks back, he’s amazed at how it all unfolded and he’s happy to be able to look back at that legacy with pride today.

“When I look back on it, it’s so many things I could say. So many things have happened within that 25 years and looking back on it, I feel blessed to have made it that far. To be able to look at a 25 year anniversary — I’m thankful and grateful.”