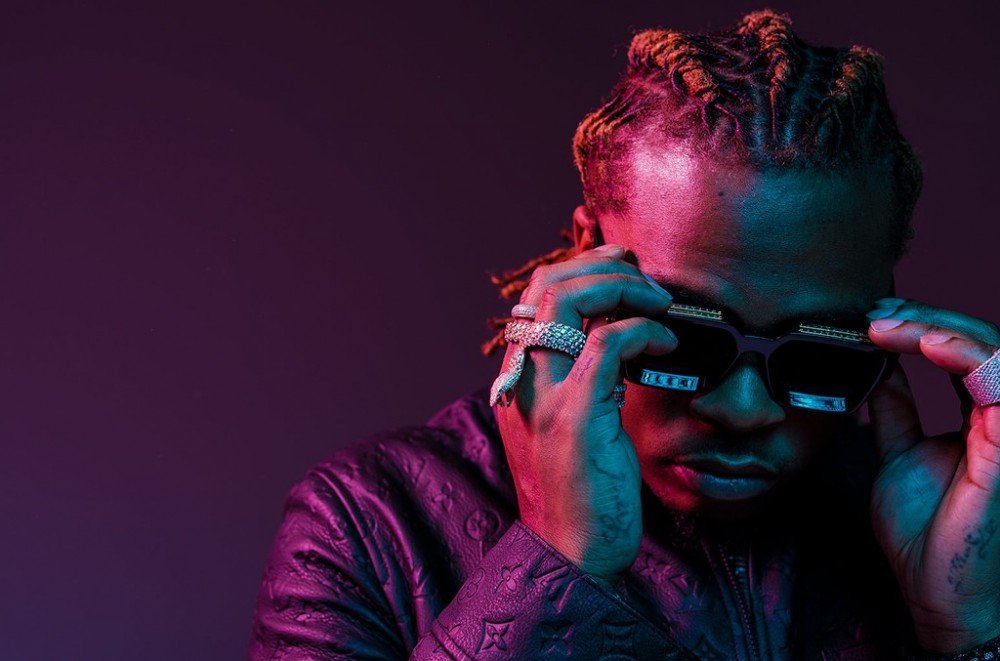 Like all of us, the novel coronavirus has forced artists to improvise when it comes to foiled plans they might have had in store for 2020. Gunna stormed out of the gate with the release of “SKYBOX” to kick off his sophomore album rollout in March, which debuted at No. 79 on the Hot 100.

The Drip God hoped to bring fans with him to take in some NBA action across the country from the lavish views of the luxury box as he performed at halftime — but obviously, that couldn’t happen following the league’s  shutdown in March.

After two months of frustration, the time was finally right to unleash WUNNA this Friday (May 22). The album took form following to a serene trip to Jamaica with sidekick collaborator Turbo The Great, Wheezy, and the rest of his YSL crew earlier this year. The cleansing experience, in which Gunna was able to examine his creative process, was then turned into a Spike Jordan-directed two-part documentary.

“This album was created off of love, positive people, good energy, and different sceneries,” Gunna says regarding his project’s inspiration. “This was also created off of women — nasty women and beautiful women. It’s just a vibe. We made it one big album and I think this is going to be one of my best albums.”

The “Speed It Up” rapper’s Drip Or Drown 2 debut clocked in at No. 3 on the Billboard 200 with 90,000 album-equivalent units sold in March of 2019, but he’s intent on improving those robust numbers with WUNNA. “I gotta give back to my fans, of course, but the numbers do matter,” he says. “I got to do more than what I did [in the past]. I don’t got a set goal, but I’m going to do more [than last time].”

Gunna’s versatile feature game has also been a staple in his arsenal for some time, as fellow artists like NAV, Camila Cabello, Chris Brown, and Lil Durk have all recently come to the 26-year-old to add a scoop of drip to their song’s original recipe. It’s gotten to the point rap Twitter started a running joke renaming Gunna to “Featuring Gunna.”

“I feel like I bring more to the song. When you add me, you add another life to the song,” Gunna explains. “I’m going to match your energy and piggy-back off of you since it’s your song, but I’m still going to stay in my element. My fans love me staying in my element — staying true to that and then bringing it to someone else’s song.”

Give the rest of Billboard‘s quarantine chat with Gunna a read, as the rapper talks about his new workout plan, potentially modeling for some of his favorite designers, an update on the Drip Harder and Super Slimey sequels, plus more.

Billboard: How was your Mother’s Day? Did you get something nice for mom?

We saw you throwing on the boxing gloves last week. What’s made you want to get in the gym and start that?

I’m actually training and working out there every day. You’ll see big results soon. My inspiration had to be my weight. I’m just looking in the mirror and with there being no more shows, I need to be doing something. I can eat what I want, so I have to stay active — and I ain’t getting any younger, so I’m trying to stay fit.

I got money on #wunna aka #gunna knocking out a Opp this year. . How y’all rate his hands?

Yeah, that too. Designers have been telling me they want me to be a 32 or 34 [waist]. They want me to do some frontline shows and we’re working on that.

So we’ll see you modeling for them soon?

Yeah, that’s in the works. We’re looking at Rick Owens, Louis Vuitton with Virgil’s collaboration, Dior, and having a few conversations with Moncler.

How does the WUNNA acronym encompass the album? (Wealthy Unapologetic N—a Naturally Authentic)

Honestly, I was just high, bro. There’s nothing I could do there and I was just trying to come up with something else. I’ma be honest with you, there’s no theory behind that one.

You came out of the gates strong leading into this project with “SKYBOX.” How did that come together?

I made that in Jamaica. My DJ actually made the beat, and now he’s like a producer coming up. That was a big moment for us. It was one of my favorites and I felt like I wanted to come back with that and give the fans a vibe. It’s a different scenery [for me]. With the visual, you’d notice my vision was different compared to back then.

Walk me through teaming up with Thug on “Dollas on My Head.”

Thug and I were on IG Live one day, and he played the song, and my fans been dying for it [ever since] just from the snippet. It’s one of my favorite songs that I pulled out of the vault. You know Thug and I got a catalog.

How many songs are in that vault between you and Thugger?

Of course, you had to get Lil Baby on the album, as you guys linked up again on “Blindfold.”

“Blindfold” is one of many [with Lil Baby]. We’ve got a vault together too. That was just one I felt would be good for my album and we got shot a video for it in Atlanta. I directed the video.

How was directing your first video? Was it tougher or easier than you expected it to be?

I had a vision for it that I wanted to take bigger measures for. As far as location and getting it to what I came up with wasn’t hard, but as far as editing and getting the visual to come out how I imagined, that was harder than ever. The editor goes off of what you’re saying.

Recently, we’ve seen you work with Camila Cabello, NAV, Lil Durk, Young Thug and Chris Brown, why does everyone come to Gunna for a feature? What do you feel you add to the record?

I don’t try to sound like them when I do their song, I just bring my style. They feel like, “Okay, that’s what makes a song when you’re doing a feature.” You don’t want us to sound the same, you want both of us to bring that energy to one song.

Are you working on any other projects right now?

Yeah, I’m working on Drip Season 4 and Drip Harder 2 also. The process is the process, we’re both busy, so it’s like how we did the last album. It’s been kind of better because we’ve been on quarantine time locking in, but we don’t have a set time for it to be released.

What ever happened to Super Slimey 2 with Lil Baby, Future, and [Young] Thug?

We were just talking about it. We got a few records with all four of us and it’s going to be Super Slimey: Surfer Edition, not Super Slimey 2 — because that’s like a Drip Harder thing with me and Baby, while Super Slimey is Future and Thug with the legacy they’re building.  So we’re doing the Surfer Edition to put the OG’s with the young g’s.

How are you keeping the drip going without stores open?

I have new clothes, but there’s nowhere to go, so I ain’t really been going shopping. I have people I know that work in the stores and they’ll let me know about little stuff in there and if it’s good. The only time I really shop is when I can prepare for something I know that’s upcoming.