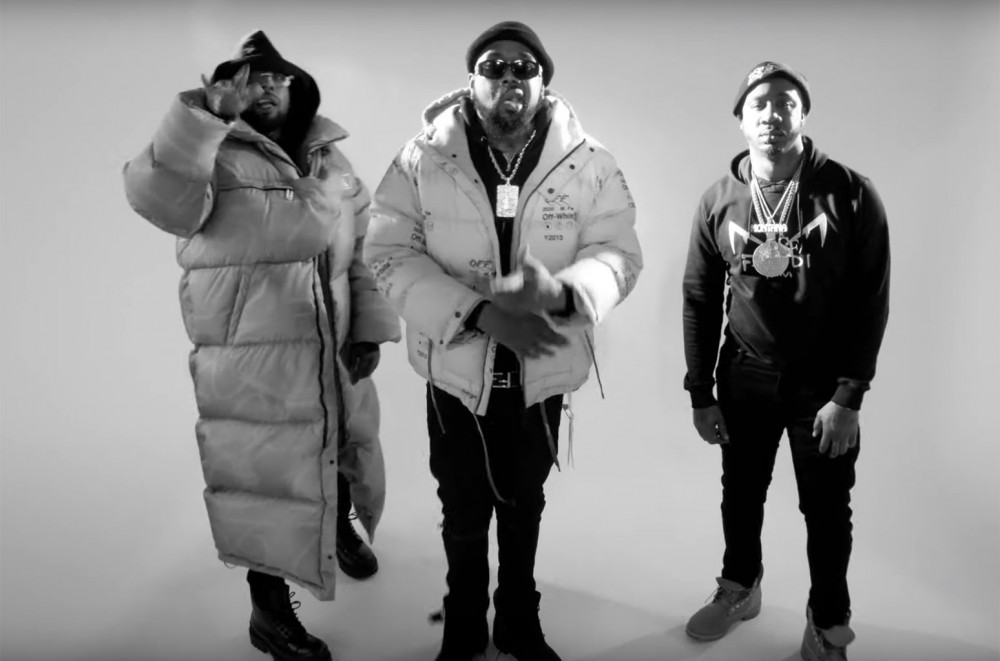 With all eyes on Griselda following the release of their WWCD album, the lyrical assassins hailing from Buffalo, New York, knew they couldn't miss with their first shot in 2020. The crew then called on the legendary Hype Williams to direct their "DR. BIRD'S" video, which dropped Wednesday (Jan. 8).

The black-and-white clip is on-brand for what you would expect from a Hype brainchild, as he wastes no time in getting directly to the point with vivid special effect imagery that includes weapons multiplying and splattered paint. One scene even brings Westside Gunn's opening verse homage to Virgil Abloh to life with animations of flying bricks labeled with "Brick."

When promoting the visual to his Instagram, Gunn commanded everyone's focus after stating his belief that there won't be a brash hip-hop trio in the mold of Griselda for at least another two decades. "All of these are Culture Moments," he wrote." It won’t be Another GRISELDA for at least 20yrs everything is HISTORY!"

Watch the "DR. BIRD'S" video below.