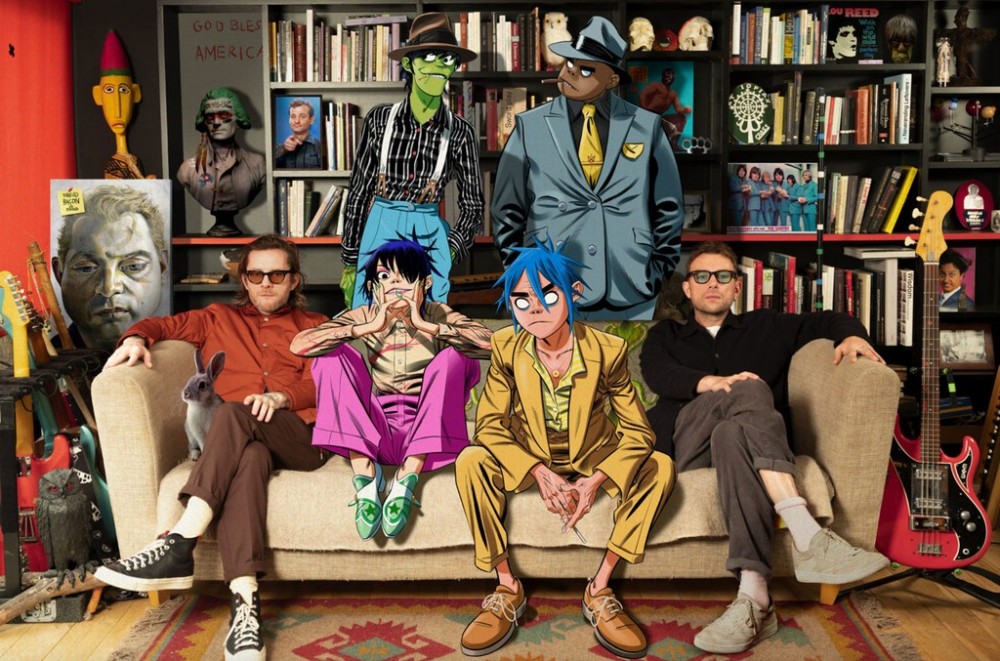 Gorillaz returned on Tuesday (June 9) with “Friday 13th,” the fourth installment of their ongoing Song Machine series. It’s a slow burner featuring vocals from French-British rapper Octavian. Over a woozy beat, Octavian tells a story of powder-induced confusion, singing, “I call my dealer, said, ‘Share the white with all of us’/ I told him, ‘We’ve been so nice, don’t turn on us’/ It’s funny how time flies by so fast?”

Member 2-D then weighs in with the hazy refrain, “If I look into your eyes, I can realize.” The animated clip for the track superimposes Octavian’s image as a negative over a psychedelic highway scene, making for a visual that feels like a blurry comedown after a long night out.

Watch the “Friday 13th” video below.

In late May, the group announced their first ever comic book, Gorillaz Almanac. The hardcover will feature puzzles, games, exclusive artwork, and more. It is set to hit shelves in October 2020.