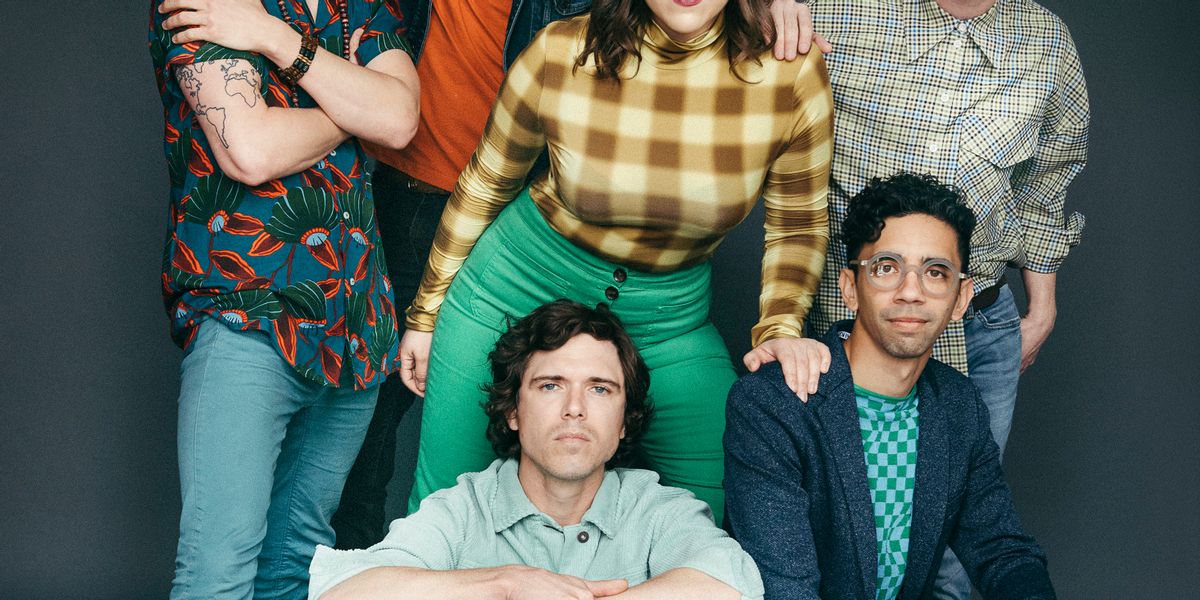 The bilingual pop sextet of Sweet Crude gracefully balances their complex pop melodies with a cacophonous whirl of drums and electro synths.

It’s nearly impossible to box the band’s labyrinthine sound into a single genre; perhaps that’s why the band was chosen to soundtrack an episode of American Horror Story back in its third season. Their sound is all-consuming and inextricably authentic to them. Sweet Crude presents themselves as they are, and doesn’t try to conform to anything other than what suits them. That actualization is also the theme of the ensembles sophomore effort, Officiel//Artificiel.

“The whole record is about trying to find your authentic self,” vocalist Alexis Marceaux said in a statement. “Stripping yourself down and realizing what other people and society tell you to be, and what you actually are. And each song tells that story in its own little way.”

For example, “Ultimatum,” the band’s latest single that premieres exclusively on Popdust, was filmed in City Park Peristyle in New Orleans and partially focuses on the story of Paul Morphy. A prodigious chess player who played one of the most dissected chess matches of all time, Morphy was bad at most things but excelled at chess. By the age of 12 he was already beating legendary chess champions.

“The song and video were written and shot to illustrate an evolution from being fully out of contention to holding all the cards–or in this case, holding all the chess pieces,” vocalist Sam Craft said of the video. The videos kaleidoscopic narrative follows a young chess player similar to Morphy, who takes on a chess titan surrounded by a colorful gaggle of hecklers. “‘Heaven’s burning, hell is freezing / Dead are walking everything is new,’ is the line that best illustrates this pivot from being walked all over to the one wearing the boots,” said Craft.

The protagonist ends up losing the match but in turn finds his self-worth in the process because of how close he came to being crowned champion. It all fits snuggly with the band’s spine-chilling sentiment. “When an ultimatum comes around, you know the fun and games are over,” Craft admitted. “This is a song about coming to the negotiation table guns a-blazing, in full confidence about your worth.”

Check out the new video below: