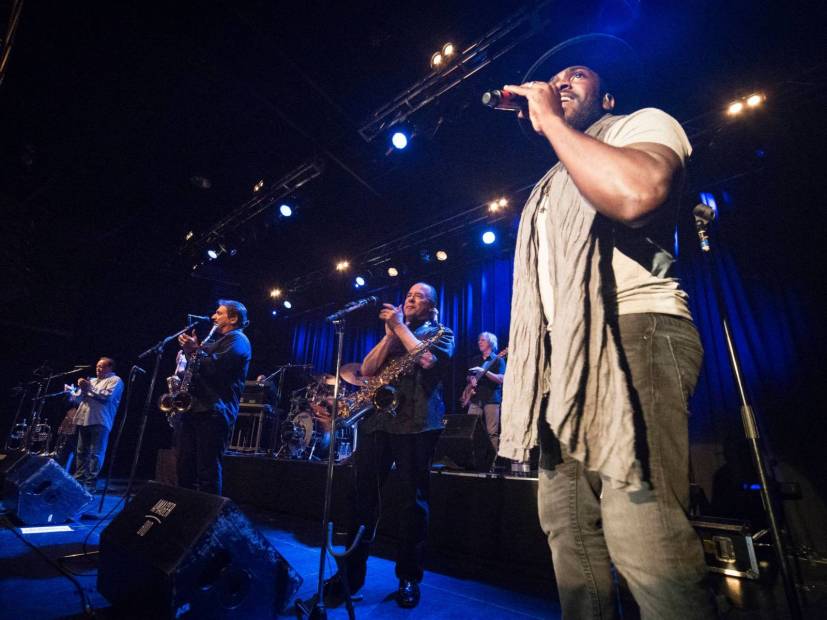 Founder of funk icons Tower of Power Emilio Castillo was at his home in Scottsdale, Arizona where the coronavirus pandemic hadn’t really impacted his life too much — until 20 minutes before he hopped on the phone. But, like many others, the tenured saxophonist wasn’t really surprised.

“I just spoke with my management and she said she was having a conference call with Paradigm, our talent agency, and it looks like the whole tour is going to be canceled back East and also Seattle on the first of the month,” he tells GroovyTracks. “We were doing five days up there. That’s canceled. And I’ve got a trip scheduled to take my new wife up to Seattle and now, we don’t get to go.

“But it’s not unexpected. I mean, all the fans back East have been texting me and emailing me, ‘I hear the news. They’re canceling the tour.’ And I’m like, ‘I haven’t heard nothing yet,’ but now it’s confirmed.”

Sadly, this has been a story on repeat for the past few weeks as event after event gets canceled or postponed because of COVID-19. But Castillo survived the 60’s and 70’s, so there’s a sense he’ll weather this momentary setback with grace.

Tickets are NOW ON SALE for the STEP UP TOUR 2020!

Looking back on his career, Castillo never imagined his résumé would include session work with artists such as Otis Redding, Elton John, Heart and Paula Abdul.

“People say to me, ‘You’re in the business over 50 years. Did you ever think that would happen?’” he says. “I tell them when I started the band, I idolized this local band called The Spiders. They were the tightest soul band in the East Bay, and I wanted to be like them. And they got a gig in Sacramento. I was living in the Bay Area and I thought, ‘Man, if I could ever get to Sacramento.’ So yeah, if I would had scripted out how my life was going to go, I would have shorted myself considerably.”

STEP UP is OUT NOW! Get the new album by @towerofpowerofficialband on @AppleMusic today!

Over the years, Tower of Power’s music has been sampled by countless Hip Hop acts — from De La Soul and Arrested Development to Beastie Boys and DJ Jazzy Jeff and the Fresh Prince. It took some getting used to at first.

“I’m the leader of the band, so generally if things are bothering the guys, they bring it to me,” Castillo explains. “So when sampling first started, they would go, ‘Hey, so-and-so sampled us, man. What are we going to do?’ And this was back when there were no laws yet, so there wasn’t really much you could do until they sort of caught up, legally, with the laws.

In 2006, Fergie sampled Tower of Power’s “Down To The Nightclub” from 1972’s Bump City, which Castillo say was “financially rewarding,” one of the upsides of being sampled.

“There’s a lot of pluses and if you asked me 20 years ago, I might list them to you because nobody was used to it yet,” he continues. “We might say, ‘Oh, well, this is negative and this is wrong,’ but that’s the way, at first, all the musicians looked at it. But now, it’s a part of the fabric of the entertainment industry and nothing but net as far as I can see.”

Castillo remembers one particular instance where he stumbled upon a Tower of Power sample by accident.

“Years ago, I went to go see the movie X about Malcolm X, because I had read the book and I really enjoyed it,” he recalls. “At the beginning, Arrested Development had a song and they sampled ‘Can’t You See,’ which is one the band’s favorite song. We love to play that song. And it wasn’t a hit or nothing, for us and yet we still play it today, 50 years later. To be sitting in that movie theater and all of a sudden hear my drummer go [tat tat tat], I’m like, ‘That’s David Garibaldi, man.’

“Then I hear the song start and I’m like, ‘Whoa man,’ and I look to see who it is and it’s Arrested Development. I’m a Christian and I happened to know that leader of the group is Speech. We were in the same church, although not the same location. He was over in Atlanta and I was in the International Church of Christ in Phoenix. And, when I first got saved, the pastor’s like, ‘What do you do?’ And I tell him, ‘Yeah, I play music,’ and he goes, ‘Oh, we’ve got some musicians in the church. There’s a guy named Speech from Arrested Development.’ And I was like, ‘Yeah, I know, he sampled one of my tunes [laughs].’”

Although plans for Tower of Power’s 50th anniversary tour have been postponed, Castillo is focused on pushing the new album and celebrating 2018’s Soul Side of Town, which hit No. 1 on the Billboard jazz chart upon its release.

“We definitely pushed the bar on this one,” he says. “It came out real good, rhythmically in particular. We’ve cut two albums at once. We went in about three-and-a half years ago to start the recording process and we wound up recording 48 songs.

“We got a new record company, Mack Avenue, and they wanted to put it all out at once. We were like, ‘No, we just want to put one out to celebrate the 50-year anniversary.’ That was called Soul Side of Town. We did that and charted for the first time in years. Feels good.”

Check out Step Up below.