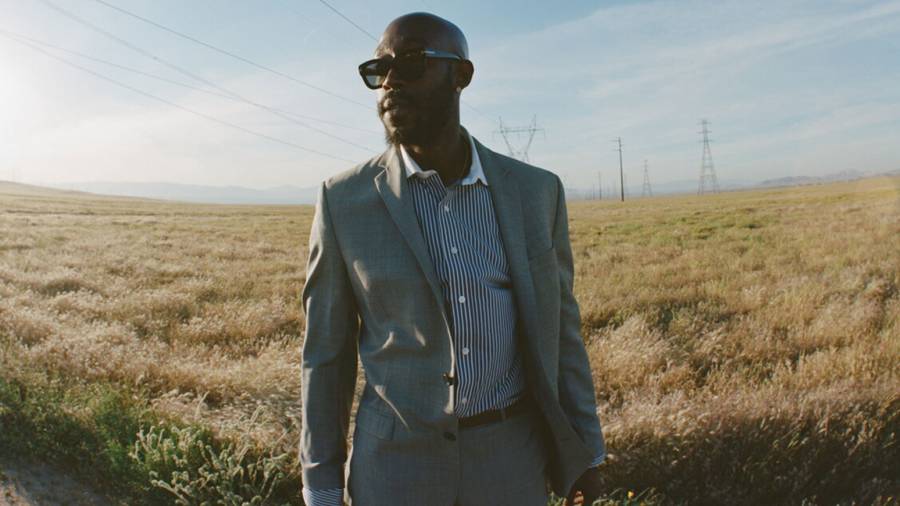 Although the COVID-19 quarantine dealt numerous hard knocks to the music industry, a handful of rappers have flourished more than ever.

How they’ve pulled off this string of successes varies as much as some of their hairstyles. But one thing’s certain: this select few has capitalized more than their peers so far this year.

Here are five rappers GroovyTracks has picked out for living their best quarantine life in spite (or because) of the pandemic.

Cooped up audiences around the world tuned in, peaking at a record-breaking 237,000 viewers when Drake appeared. Although on-screen antics led to a temporary shutdown and suspension of Tory’s account, the surrounding hype was enough to spawn the show’s own merchandise line.

While undoubtedly a timely business decision, funds from sales were used to finance the Tory Lanez Dream City Fund, an initiative to provide meals and diapers to coronavirus-impacted families.

In the midst of breaking Instagram records and helping quarantined citizens, Tory managed to score on the musical front, too. His fifth studio album, The New Toronto 3, released in April, debuted at No. 2 on the Billboard 200. The project received generally positive reviews among fans and critics alike, acting as “an emphatic soundtrack” to Quarantine Radio. He also was recently nabbed to add star power alongside DaBaby and Lil Wayne on Jack Harlow’s “Whats Poppin’ (Remix).”

Love him or hate him, Tekashi 6ix9ine’s run since the pandemic began has been undeniable. In fact, coronavirus is the main reason the polarizing, serial troll even got up and running in the first place.

Due to fears over his asthma, Tekashi was granted compassionate release from Queens Detention Facility in April, five months earlier than expected. Enjoying new-found freedom from the comfort of his home, he immediately returned to his trolling best on social media, joking about snitching and calling himself a “rat.”

A month later, Tekashi dropped his comeback single “GOOBA,” garnering 43 million views in 24 hours. Not only did he cement his comeback and anger his haters, he also snatched Eminem’s record: the biggest 24 hour debut for a Hip Hop video in YouTube history.

And the records continued to tumble. In May, Tekashi issued an apology on Instagram Live to his fans for snitching – while deeming it necessary for his family’s sake – addressing a record-breaking 1.9 million viewers.

Fresh off that momentum, Tekashi then dropped the Nicki Minaj-assisted “TROLLZ,” this time breaking his own record for the most views in 24 hours.

While Nicki faced major backlash from fans and peers for choosing to work with the rainbow-haired rapper, the song has since climbed to No. 1 on the Billboard Hot 100.

As Tekashi continues to revel in the glory of his return, expectations for his next album are certainly high, regardless of whether we get that Akon collaboration or not.

Freddie Gibbs is the blueprint for consistent mastery, pre, during, and (possibly) post-quarantine. The Gary, Indiana-bred rapper’s 2019 was a tough act to follow; the Madlib-produced Bandana left earned a perfect DX rating and propelled Gibbs to greater heights in the Hip Hop sphere. It wasn’t just a well-rounded, critically and commercially appreciated project – it also proved Gibbs carried the creative longevity to square up with Hip Hop history.

So how do you follow that, when the world as we know is no longer the same? By cooking up another gourmet offering with another legendary producer.

Enter Alfredo. In collaboration with The Alchemist – who himself is enjoying a vintage year, producing heavily for Griselda Records and contributing to Eminem and Jay Electronica albums – Gibbs succeeded in dropping another Hip Hop masterclass. The surprise LP was unsurprisingly a critical home-run given the pair’s track record.

Gibbs’ triumphs during COVID-19 go beyond music as well. He’s also released new merchandise through his ESGN label, as well as Alfredo-specific merchandise and an accompanying comic book. Recently, he signed to Warner Records, which might turn out to be his most notable move of 2020 yet. 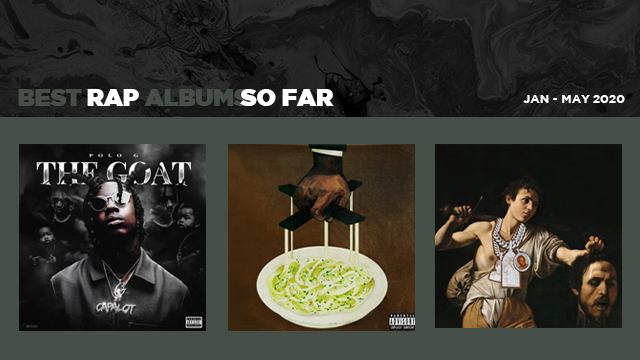 (OK, this makes more than 5 rappers but work with us here).

The Griselda collective led by Benny The Butcher, Conway The Machine and Westside Gunn, have continued making strides this year since their screw-face of an album WWCD landed end of 2019. (Though obviously a trio as opposed to being one rapper, we couldn’t exclude them from this list considering their current winning streak.)

In April, Griselda Records founder and ad-lib extraordinaire Westside Gunn delivered the most approachable album of his career, Pray For Paris. Including features by Tyler, The Creator, Joey Bada$$ and Wale, the project was lauded for its fresh take on his ever-present brand of lyricism.

In light of the pandemic, the project was an especially personally significant win for Westside; he admitted to being a “coronavirus survivor” after overcoming the disease in the buildup to the project’s release.

Griselda’s other members have also secured various wins in 2020. Conway The Machine put out Lulu, a seven-track EP solely produced by The Alchemist. He also recently delivered “Front Lines,” a song vividly depicting the mindset of the protesters fighting for justice after the deaths of Ahmaud Arbery, Breonna Taylor and George Floyd.

Benny The Butcher’s star has continued to rise too. In addition to launching a new imprint called Black Soprano Family, he lit up NPR’s Tiny Desk (Home) concert series last week with a surefire display of emceeing excellence.

Throw in their first movie, as well as the label arrival of new female artist Armani Caesar, and Griselda’s quarantine looks like it’s gone mostly according to script.

Lil Baby is having the best year of his career. Back in February (pre-quarantine), the Atlanta rapper was enlisted along with DaBaby for the remix of Future and Drake’s “Life Is Good.”

Although life was certainly less good for the majority just a few months later, Lil Baby was celebrating a monumental milestone: his album My Turn became his first No. 1 on the Billboard 200 chart.

After dropping a video for the Lil Wayne-assisted single “Heaven & Hell,” Weezy F handed Lil Baby a massive co-sign, casually referring to him as his “favorite artist.”

With more light on him than ever, Lil Baby has recognized his unique responsibility to speak on out pertinent social issues. At the beginning of June, Lil Baby released the powerful audio and visual for “The Bigger Picture.” The song encapsulates the spirit of the protest movement currently shaking America’s racist foundation.

While it debuted at No. 3 on the Billboard Hot 100, the anthem gained Lil Baby widespread respect among elder peers in Hip Hop, such as Meek Mill, because of its potent, discussion-provoking portrayal.