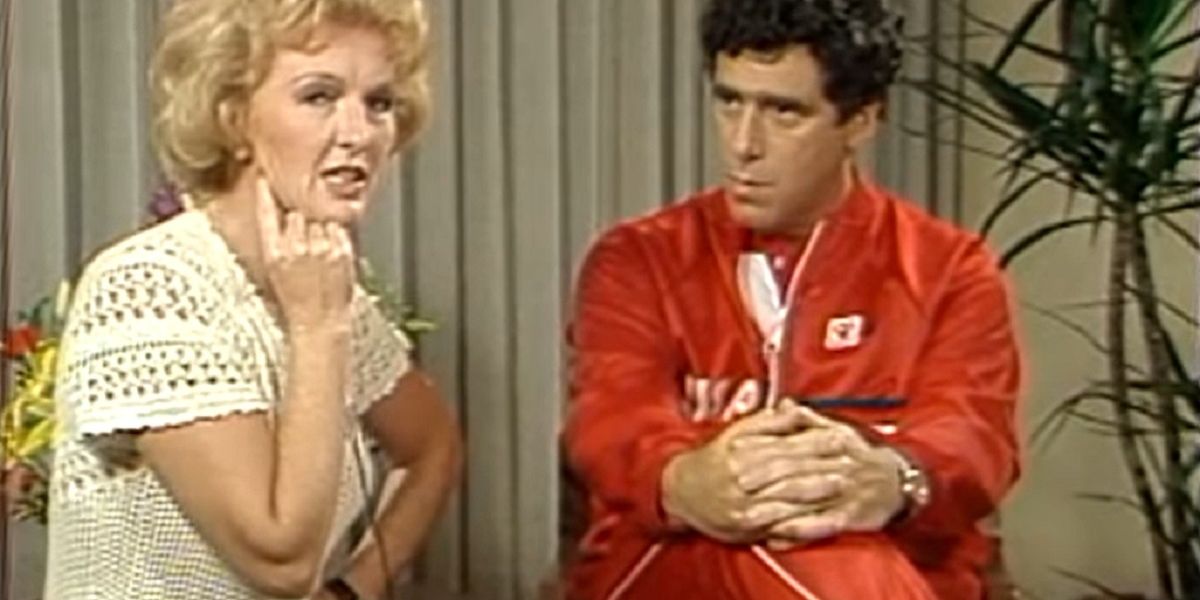 That’s the line that introduced the world to Leta Powell Drake in a viral clip on Thursday, and it seems to sum up her approach to life—and particularly to celebrity interviews.

The two-minute clip, which caught fire on Twitter, is a compilation of moments taken from Drake’s 25-year tenure as the host of KOLN’s morning show in Lincoln Nebraska. In that time she interviewed hundreds of celebrities, often choosing to cut through the usual pleasantries.

She doesn’t hesitate, for instance, to press Elliot Gould to admit regret over not joining the cast of M*A*S*H for the TV series—”they’ve all made a fortune, Elliott”—or to tell Gene Hackman that he’s “done some stinkers.”

Currently obsessed with Leta Powell Drake, the greatest interviewer of all time. https://t.co/3oCYAd9vZD

Her blunt style of interview produced some hilarious reactions from actors who were just there to promote their work. The clip has invited comparisons to Zach Galifianakis’s brash disrespect on Between Two Ferns and to Martin Short’s performance as the rude and ill-informed Jiminy Glick.

And the parallels—particularly with Between Two Ferns—are marked. Even the set of Drake’s interviews—with potted plants, and a non-descript curtain as the backdrop—is enough to make you wonder if this morning show out of a small-town in Nebraska was the inspiration for Zach Galifianakis’s Funny or Die series.

But while the satirical humor of Jiminy Glick and Between Two Ferns is all about mocking the faux-chummy posture of celebrity interviews, Drake seems to have arrived at her approach by fully embracing it. She asks questions like she’s chatting with an old friend and wants to skip the formalities.

She often seems to be thinking out loud while she brings up fond memories of watching Kurt Russel’s father on Bonanza before asking, “Is he still alive, Kurt?” And this casual attitude is only heightened by her tendency to scratch herself, touch her interviewees, and address the camera or the show’s crew mid-interview—as when she turns from Tim Curry and remarks (in her Rocky Horror-inspired makeup), “He looks evil in many ways.”

Perhaps, as a local celebrity for so many years—recognized for her 15-year role as Kalamity Kate “the West’s only lady sheriff” on the beloved children’s show Cartoon Corral—Drake felt that she was on even footing with her interview subjects. Maybe she felt she could have a normal conversation with them from one star to another. Maybe it’s just a consequence of a midwestern, no-nonsense attitude.

Or maybe, as an advocate for gender equality, she wanted to make it clear that a woman could be as bold and tough an interviewer as any man. Just like Larry King, she didn’t have to do “research” or “preparation”; she could just repeat a rumor she heard about Tom Selleck turning down the role of Indiana Jones and see what he has to say about it.

Whatever her motivation, Leta Powell Drake’s “let ‘er rip” approach to interviews has now earned her some viral national attention years after her retirement.

It should be noted, of course, that these handful of uncomfortable moments were culled from many hours of interviews with hundreds of celebrities. Drake’s career as a professional broadcaster with five decades of experience earned her induction into the Nebraska Broadcaster’s Association’s Hall of Fame–and shouldn’t be judged based on a single two minute clip.

And seeing as she has remained active into her 80s—hosting a public access show and staging theatrical performances for seniors—maybe it’s time for Drake to come out of retirement and make the most of her newfound fame with some fresh uncomfortable interviews.

Maybe she could find out why Will Smith has made so many stinkers.