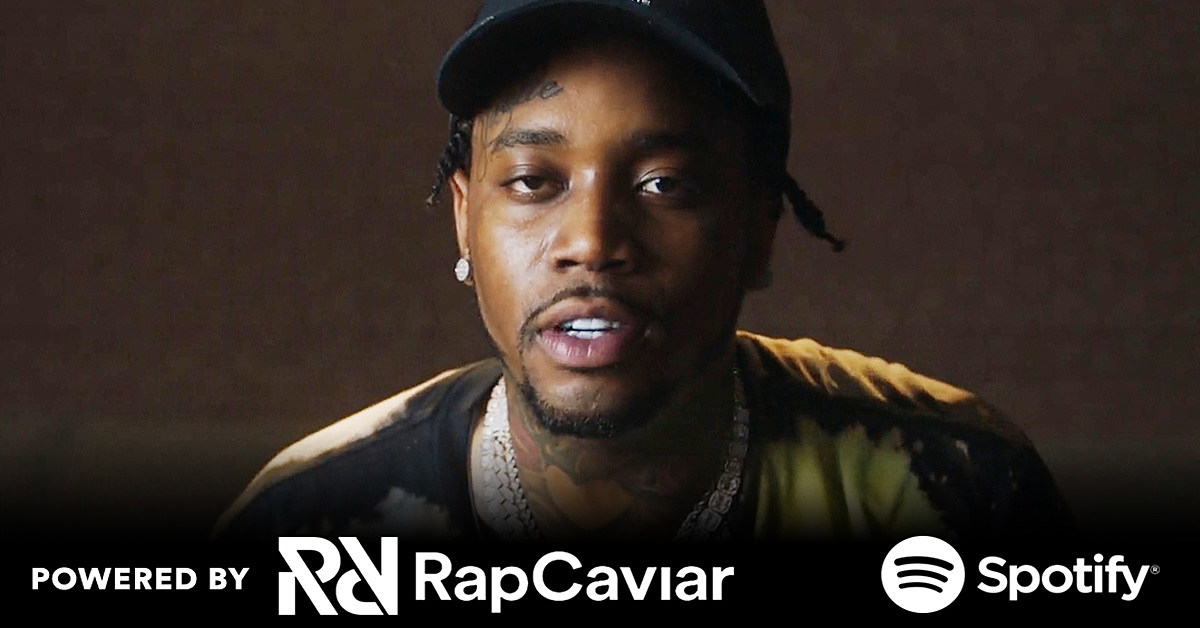 Fivio Foreign is quickly becoming a household name when it comes to the Brooklyn drill scene. But the collaborations with Drake ("Demons") and Nas ("Spicy") didn't come without putting in the work. The Brooklyn-bred rapper’s come a long way from the days when he frist started rapping in 2011, under the name Lite Fivio. Eight years later, in the summer of 2019, Fivi earned the biggest hit of his career so far with the gold-certified song, “Big Drip,” off his Pain and Love EP. He’s been on a hot streak ever since.

The 29-year-old rising rapper, who's scored several Billboard Hot 100 chart placements with his collaborations on Drake's "Demons" and Lil Tjay's "Zoo York," brings his own twist to Brooklyn drill. He’s best known for his fun, party-fueled bops, but Fivi’s still rapping candidly about street activity while dropping lines here and there about women and going viral. His approach and early popularity led to a label deal with Columbia Records late last year. Now, he's got a 2020 XXL Freshman honor under his belt, too.

For his 2020 XXL Freshman Class freestyle, Fivi goes a cappella, rhyming about the ladies, partying and getting invited to the Grammys. It’s exactly what fans would expect from the “Wetty” rapper. “Blue flag, button-up, Crip clothes, uh/Find a spot, make it hot, get low/I had to grow and evolve,” he delivers.

He also rolls deep ("I'm never runnin' out of liquor/I'm in the club with 100,000 niggas/Stay in the front, somebody is comin' out to get you") and uses the clout to his advantage. ("Invitation to the Grammys, uh/All this clout come in handy").

This summer, “Big Drip” served as a soundtrack for some of the recent protests against police brutality that occurred in New York City. The song was used by protestors as a song of celebration during the marches. In an interview with XXL, Fivi says, “I feel like I’m pushing the culture right now—Brooklyn drill—because we bringing it to everybody faces. We showing them where we from, we showing them how we live and we going viral.”

This past spring, the 2020 XXL Freshman released his project, 800 BC, and has become a go-to rapper for features while coining signature ad-libs like “aye,” “movie,” “bow” and “viral.” Aside from jumping on tracks such as Drake’s “Demons” and Lil Tjay’s “Zoo York,” he's lon Tory Lanez’s “K Lo K,” Calboy’s “Rounds,” Pop Smoke’s “Showing Off, Pt. 2” and DaniLeigh’s “Dominican Mami.”

This is just the beginning for Fivio Foreign, whose name was inspired by the popular 1990's Italian actor and model Fabio Lanzoni. Fivi’s personality is just as inviting as his music. When he’s not in the studio, the charismatic rapper is cracking jokes and posting his drip on Instagram. If you don’t know about him, now's the time to get started.