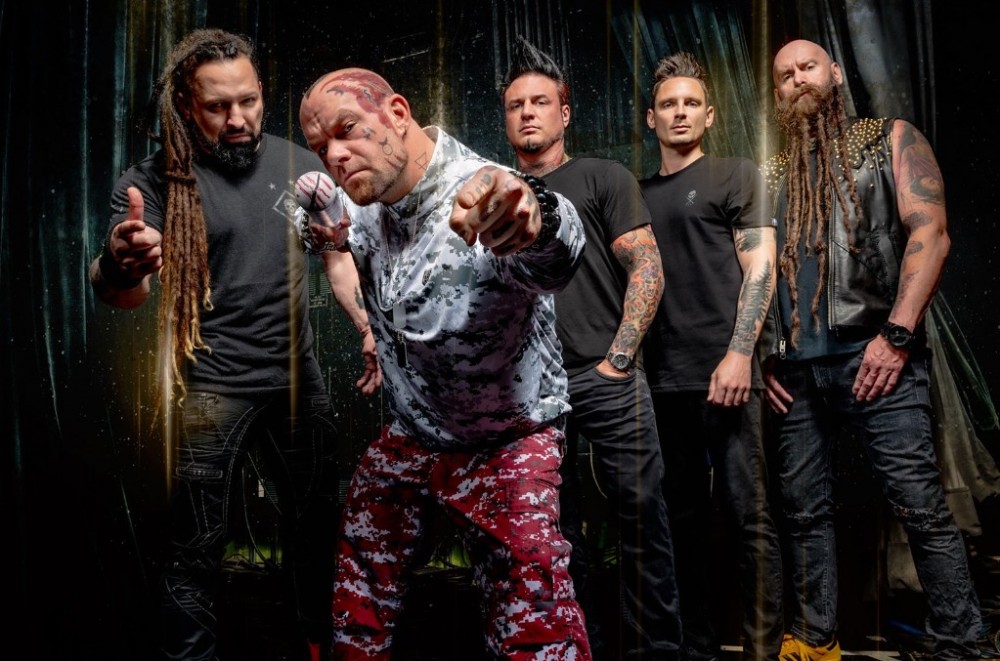 Since bass guitarist Zoltan Bathory proved management couldn’t bother him to figure out the video shoot details, FFDP described how everything went down in an interspersed meta-narrative blaming the COVID-19 pandemic, from the intricate, action-packed details layered in the storyboard to the sparse, socially distanced film crew members who tried fleshing out any of those concepts.

“[Coronavirus] placed us in a difficult situation, where on one hand this is probably the best album we have ever made, on the other, it felt insensitive to promote a record on full-tilt boogie while people were dying all across the world, businesses closed down, and the economy went face down in a ditch,” Bathory said in a statement obtained by Louder about their new studio album F8.

He continued: “So we decided to make this video a snapshot of the unprecedented times and underline it with some humour to at least lighten the overall gloomy vibes. However, here we are today ready to release it, but thinking once again: ‘Is it insensitive to debut the video now that the world is on fire?’ I guess this will turn out to be the anthem for 2020 — we are all ‘a little bit off today.'”

Bassist guitarists Chris Kael and Bathory make the best out of the circumstances, playing an almighty game of chess originally illustrated between the two of them dressed as God and the Angel of Death. Meanwhile, lead vocalist Ivan Moody mopes around the Las Vegas Strip in search of any kind of pleasure in the dispirited city. The setting feels extremely off, as the singer repeatedly bemoans throughout the chorus, “I’m a little bit off today” during his walk through the ghost town, devoid of all the cool scenes FFDP planned on filming.

Watch how things became “A Little Bit Off” in the band’s latest music video below.