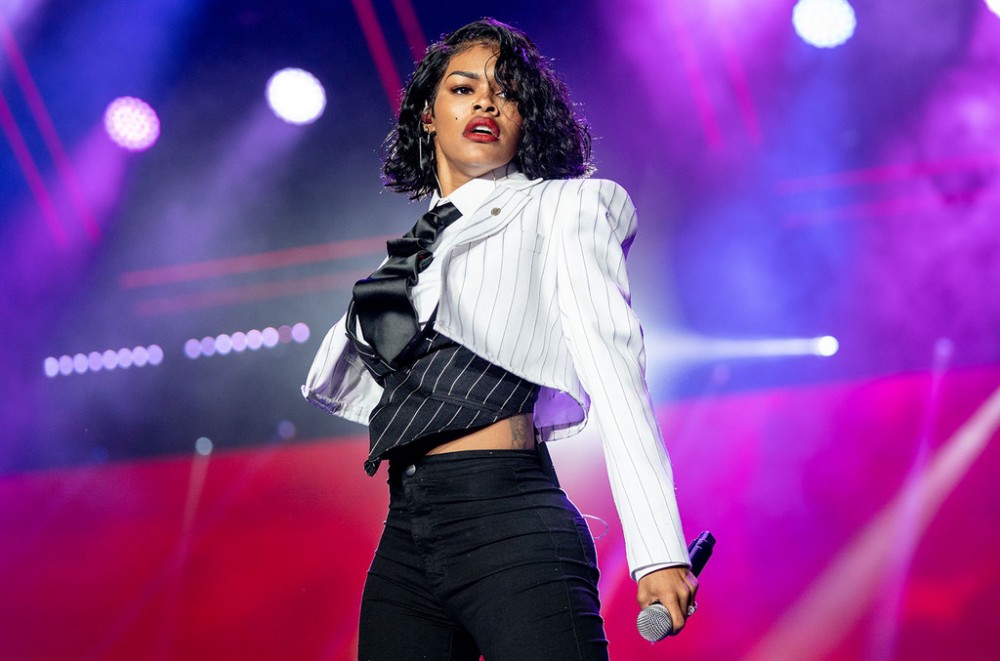 With Juneteenth in effect, a plethora of artists came through today (June 19) with new projects and singles, most notably Teyana Taylor, Wale, and Anderson .Paak, all stepping up in their own way to focus on Black pride. Check out the releases below.

Two years ago, Taylor rattled the cages of R&B with her delectable seven-track collection KTSE. This time around, she triples her effort with her fourth release, The Album. The stout, 23-track effort looks to embolden the Black community, especially women, during these dark times, as Taylor taps into a bevy of emotions. On “Boomin,” she nabs Future and Missy Elliott for a sultry collab, while also yearning for affection on the Erykah Badu-assisted “Lowkey.” Taylor’s defining moment comes in the Studio U section of the release, where she goes on an emotional journey, stringing together gripping ballads such as “Concrete” and “Still.”

When it comes to race relations, Wale has always been on the frontlines, valiantly advocating for team melanin. So it’s no surprise that he’s back in rare form with his new six-track EP, The Imperfect Storm. Lathered with Black excellence, Wale’s audacious lyricism will probably make a lot of his white listeners cringe, most notably on “June 5th/ QueenZnGodz,” where he hammers home the value of Black culture while paying homage to Rayshard Brooks.

Since his inception, A. Boogie has openly voiced his struggles with fame. On Artist 2.0 (The Deluxe), his frustrations are increasingly louder, as he admonishes rappers for stealing his sound on “It’s Crazy” and “Bleed.” Though Boogie’s plights remain a huge talking point for him, his penchant for syrupy hooks continue to be his forte, as proven on the melodic “Secrets.”

In case you didn’t know, Noname was already a star before her mini skirmish with J. Cole. With her name dominating the news cycles in recent days due to Cole’s “Snow on the Bluff,” the “new vanguard” doesn’t play into the media’s hands on the Madlib-produced track. While she reprimands Cole with her cautionary rap, she also gives a crash course on the importance of focusing on today’s current fight with racism.

H.E.R.’s evolution from mixtape darling to Grammy Award-winning superstar has been a fruitful thing to watch for music lovers. Never one to stay muzzled, the Cali singer’s new single aims at the heart of police brutality. Pleading for empathy, H.E.R. encourages people to help in the war for racial equality while employing the most poignant phrase to help drive home her message: “I can’t breathe.”

Anderson .Paak has some questions that need answers. Tackling the muddy topics of COVID-19, unemployment, and police brutality, a spirited .Paak runs laps around those who choose to stay mum during these trying times. Rather than letting the police’s use of tear gas and violent tactics disturb his peace, .Paak pushes through and rallies those interested in sparking a change for the better good.