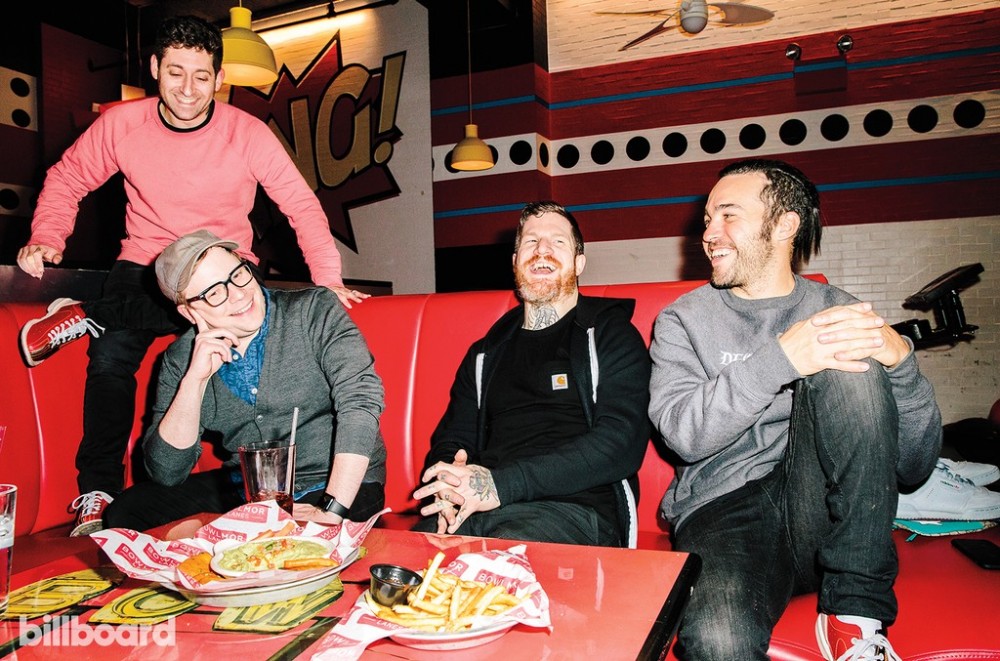 Fall Out Boy took to social media on Wednesday (April 1) to show their appreciation for an elementary school teacher’s use of their song “Sugar We’re Goin Down” in her classroom.

In the TikTok clip, the emo-turned-educator leads her class of fifth graders in a frankly amazing rendition of the band’s 2005 breakout hit, rewriting the lyrics to teach the kids about manners and good listening habits.

“Because in fifth grade/ No matter what time of day/ Whether we’re writing, dividing or reading/ When someone starts teaching or speaking/ We stop what we’re doing, sit up straight and listen,” the class sings to the tune of the track’s iconic chorus, prompting the band to declare “best. teacher. ever.”

The lead single from Fall Out Boy’s sophomore album From Under the Cork Tree, “Sugar We’re Goin Down” peaked at No. 8 on the Billboard Hot 100 in the spring of 2005, rocketing the band to stardom and leading to their nomination for best new artist at the 2006 Grammy Awards.

Check out the full kid-friendly version of the song and the band’s tweet below.