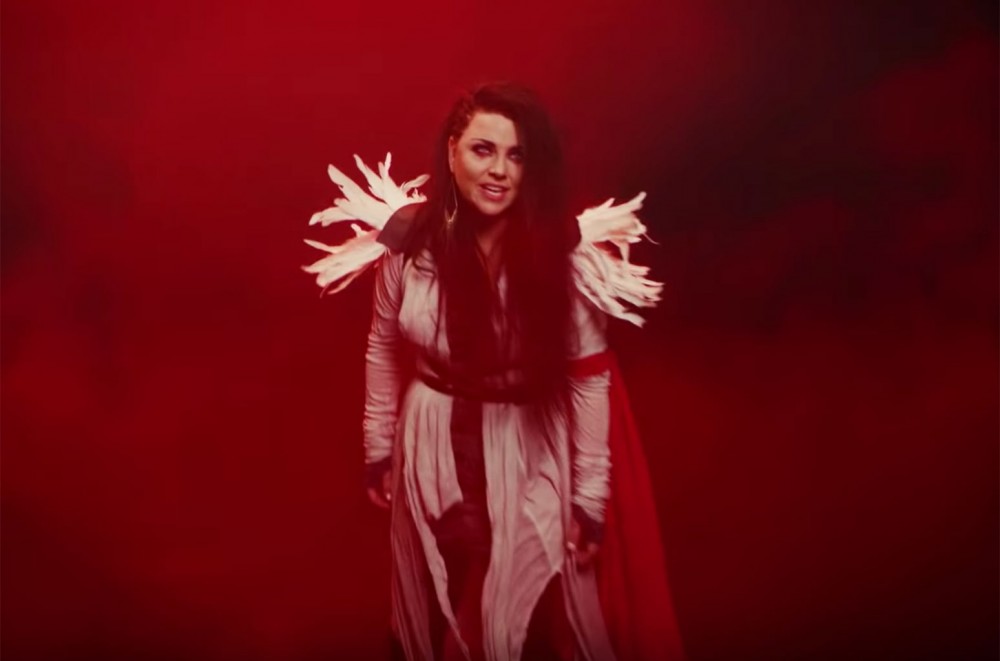 Back in December, Evanescence saw its drum kit set ablaze by angry fans after a collapsed barricade forced the band to cancel its set at Knotfest México. The band was obviously crestfallen, but singer Amy Lee and company used the moment as fiery inspiration for their latest video.

The new clip finds Evanescence battling through a post-apocalyptic world engulfed in red smoke as they perform their recent cover of Fleetwood Mac's 1977 Ruomurs classic, "The Chain." “The lyrics make me feel the power of standing together against great forces trying to pull us apart, perhaps even from the inside," Lee said in a statement. "I really wanted to drive that home in our version.”

The Evanescence cover was released last November as part of the soundtrack for Xbox video game Gears of War 5. They'd hoped to perform it for the first time at Knotfest, so fittingly, the new video ends with drummer Will Hunt's massive drum kit set on fire.

For now, this will have to hold fans over as they wait for Evanescence's fifth studio album, which they plan to release some time during 2020 (their last LP was 2017's Synthesis).

The "Chain" video was produced by Steve Lamar and directed and edited by P.R. Brown. Check it out below.