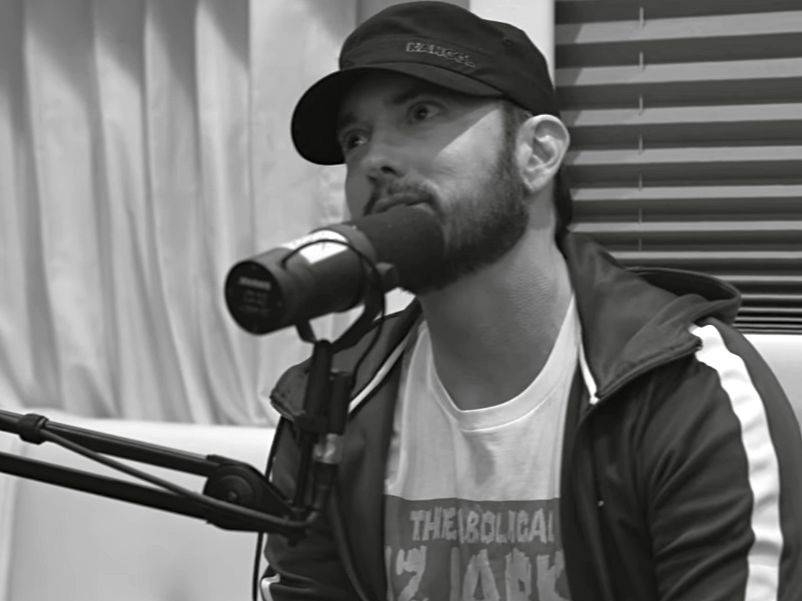 Eminem was a guest on Mike Tyson’s Hotboxin’ podcast on Thursday night (March 19). As Shady explained in the clip, Tyson and his co-host Eben Britton joined him on location at a video shoot and spent nearly 48 minutes chopping it up.

Toward the end of the conversation, Tyson was praising Eminem for accomplishing so much despite an 8th grade education and a rough upbringing on Detroit’s 8 Mile Road when things got a little weird.

“Everything you got was, fuckin’– not even given to you,” Tyson said at the 45:55 mark. “You fuckin’ slaved for it, you know what I mean? You’re the only white guy that knows what it’s like to be a nigga.”

Em nervously replied, “Not sure how to answer that. But, uh, nah man. It’s uh … I mean, you know, we all got our story.”

As can be expected from a Tyson interview, there were several other awkward moments during the course of their discussion. At one point, Tyson brought up addiction and his tendency to “jerk off” during periods of relapse. Again, Shady didn’t really seem to know how to respond to that either.

But there were some revelatory moments, too. Around the 35-minute mark, he opened up about the origins of his career and the role Denaun Porter played.

“Me and this guy, Denaun, we went thought a lot of shit,” he explained. “When I met Denaun, he had just started making beat. We met through a mutual friend IQ, who was a rapper who was actually on my Infinite album and IQ introduced us. And man, we grinded. We went through a lot of the same things coming up and we did it together. We worked the same job, we were roommates, we were in houses together.” 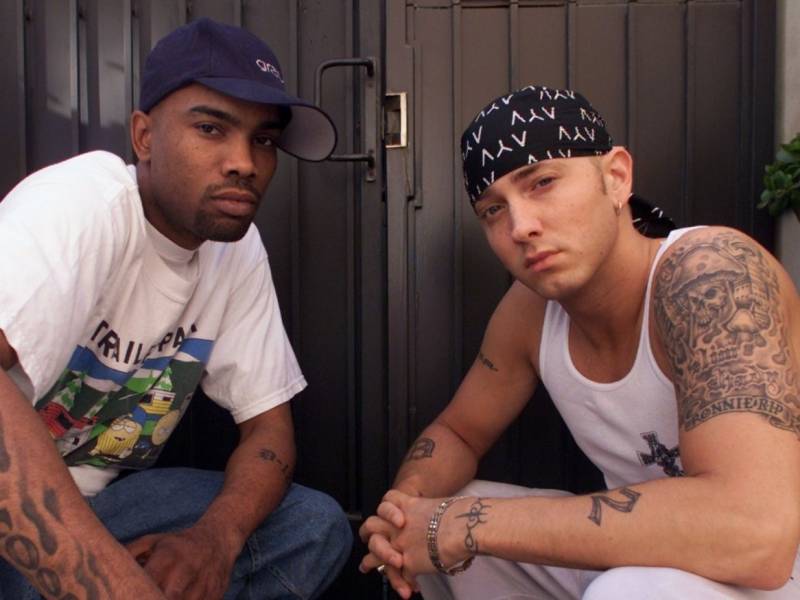 But it’s the late Proof who he credited for giving him the self-confidence to become one of the biggest artists of the 21st century.

Watch the full clip above.