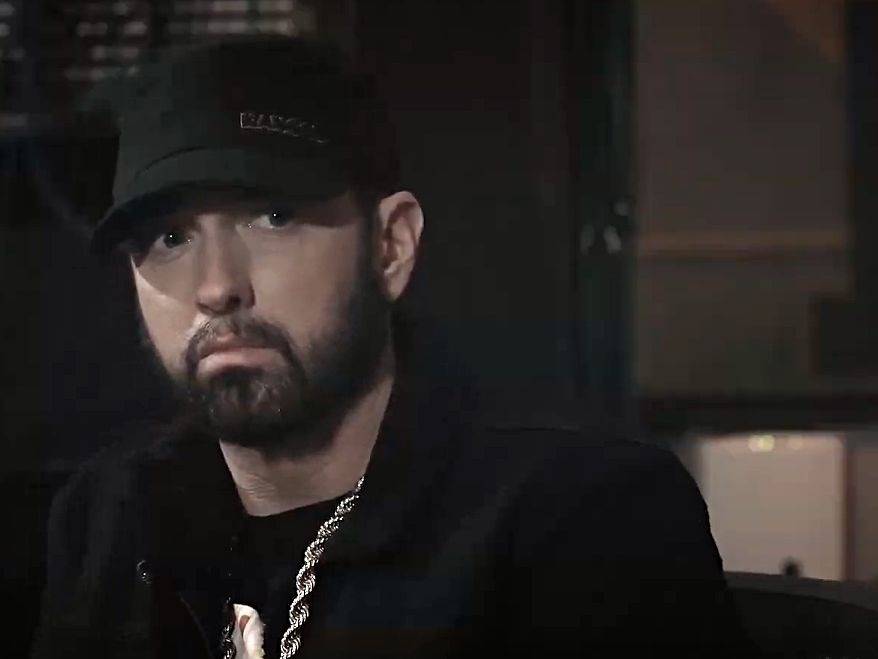 The average Hip Hop fan is aware Eminem rarely does interviews. But typically during album mode, he sits down with a couple of trusted friends to discuss his career and a bevy of other topics.

In the wake of his 11th studio album, Music To By Murdered By, Shady spoke with longtime friend and collaborator KXNG Crooked for his Crook’s Corner YouTube series.

Ahead of its premiere, Em promoted it with a tweet, “Finally made it to #CrooksCorner to talk #MusicToBeMurderedBy and a lot of rap with @CrookedIntriago. Check it here, we go deep – http://shady.sr/CrooksInterview.”

Finally made it to #CrooksCorner to talk #MusicToBeMurderedBy and a lot of rap with @CrookedIntriago. Check it here, we go deep – https://t.co/4pySbSLzDb pic.twitter.com/fhmICSE9q0

And deep they go. During the conversation, Crooked asked if he was a “guest in the house of Hip Hop.” Without hesitation, Em confirmed, yes, he is.

Throughout the interview, Eminem’s authentic love for Hip Hop culture shined. When asked if he ever thought he’d be the first artist in Billboard history to drop 10 consecutive No. 1 albums on the Billboard 200 chart, he said frankly, “Never in the history of my life.”

“For me what’s crazier about is being able to meet my childhood idols,” he said. “Being able to sit down with LL Cool J, right, one of my favorite rappers of all time, ever. When I made the Relapse album, he sat in the car, in the truck, and we drove around and he listened to the whole album. And I was sitting there thinking to myself, ‘I don’t even know what to say’ ’cause I don’t want to play myself.

“Before he got out of the truck, I was like, ‘Yo, man, I just want to say what you mean to me.’ I was trying to not make it sappy. I was like, ‘I’m a Stan of you.’ Fifteen or 16-year-old Marshall thinking that that could actually happen one day — LL is going to be sitting here in the car listening to my album? Get the fuck outta here!”

Thanks LL for this incredible @rockthebells varsity jacket…it came in a boombox box!

Shady continued, “I’m so in love with this art form and I’m so passionate about it because it really was the only thing I was good at, aside from basketball. I just love it. I love to watch the YBN Cordaes come up, like, ‘Oh shit, he’s gonna be the next.’ It’s the same shit when I listen to one of your songs. I get anxiety. It’s fucking nerve-racking.

Watch the full interview, which is currently in progress, above.