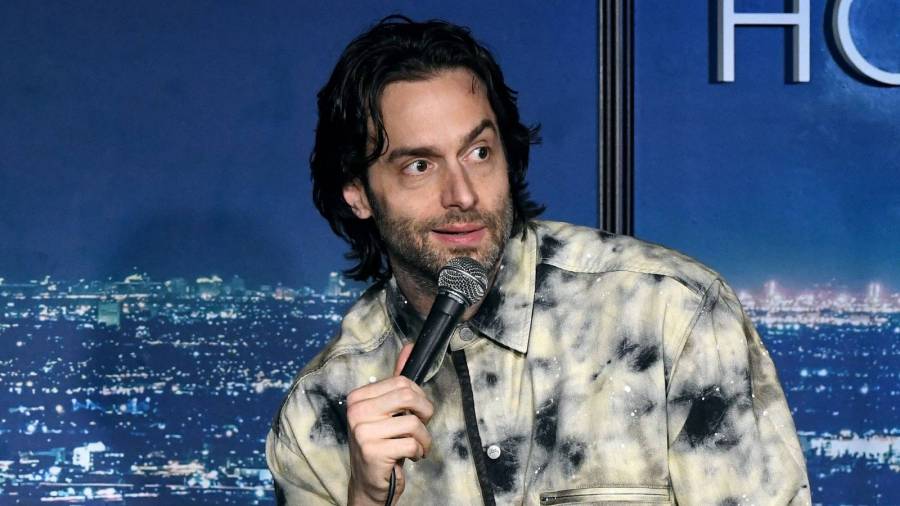 Comedian/actor Chris D’Elia, who once executed such an accurate impersonation of Eminem he was cast in a video for Logic’s Em-assisted “Homicide” video, has been accused of soliciting several teenage girls.

The accusations started to fly Twitter on Tuesday night (June 16) after a woman with the Twitter handle @girlpowertbh wrote, “I still can’t believe Netflix cast Chris D’elia as the pedophile in Season 2 of ‘You’ like the literal IRONY.”

She followed up with several screenshots of emails allegedly from D’Elia that show him hitting on the then-16-year-old.

imagine getting owned by a 16 year old pic.twitter.com/wKTSx6ie5S

The woman added, “Imagine being 16 and being groomed by a stand-up comedian twice ur age and the only reason you never met up and never got physically molested was because u had just gotten a boyfriend ur own age.

She also assured people there were more underage girls with the same story involving D’Elia.

“Just an FYI,” she continued. “For the longest time I thought this was just a funny story to tell at parties when I realized what happened isn’t normal and that he was and could still be doing this to younger girls and it’s my job to say something.

“Fuck you @chrisdelia and also @netflix I highly doubt casting this creep as a pedophile was a coincidence. At least I got to see him fake die.”

Another woman soon chimed in and wrote, “This is crazy bc I’ve literally had this sent to me about Chris Delia as well.” Fun fact about Chris D’elia: When he stayed at my hotel two years ago, he called for help with his AC unit and then exposed himself to the woman who went to help. Then he tried to get her to come back to the room.”

This is crazy bc I’ve literally had this sent to me about Chris Delia as well https://t.co/o05YWjIUqo pic.twitter.com/qbYQ7mIK6Z

And yet another woman came forward claiming D’Elia asked her for naked photos.

“although i’ve been publicly saying it for years, FUCK Chris D’elia,” she wrote. he solicited nudes off of me when i was 17 years old and constantly messaged me whenever he was touring vancouver and asked me to come backstage to his shows.

“i am so unsurprised that multiple girls are coming out with almost the exact story as mine. it’s a known fact he’s a fucking perv and he plays those roles perfectly when acting lmao.”

i am so unsurprised that multiple girls are coming out with almost the exact story as mine. it’s a known fact he’s a fucking perv and he plays those roles perfectly when acting lmao.

D’Elia is known for playing “Henderson” in the Netflix thriller series You and “Kenny” on ABC’s The Good Doctor. In February 2019, he went viral after he imitated Shady rapping and caught the diamond-selling MC’s attention.

“This is INCREDIBLE!!!” Shady tweeted at the time. “4 a second I actually thought it WAS me!!”

This is INCREDIBLE!!! 4 a second I actually thought it WAS me!! @chrisdelia https://t.co/51Vop6aucO

The 40-year-old New Jersey native later revealed Em invited him to his Detroit studio, something the elusive rapper rarely agrees to do.

D’Elia is currently a trending Twitter topic and facing the court of public opinion. Apparently, it didn’t come as a shock to the majority of people weighing in on the accusations.

"Oh, I wonder why Chris D'Elia is trending…." pic.twitter.com/YHB8UniaOn

this Chris D'Elia shit is wild, but I guess it's always the first person you suspect

Chris d’elia is a pedophile

N. Korea blew up the border in S. Korea

Chris D’elia when he got casted as a pedophile in You pic.twitter.com/iNIdixfKrC

When Chris D’elia found he didn’t actually have to act on YOU pic.twitter.com/cSFziKr09u

Do y’all remember how Chris D’elia played a Child Predator on Workaholics as well?😂 pic.twitter.com/qcwEgZsSrf

You can't tell me Chris D'elia isn't the evil rat from The Great Mouse Detective pic.twitter.com/jFLrEwnEaA

This is not what people meant by imitate your comedy heroes Chris D’Elia! pic.twitter.com/ig4WmHrFN4

Chris D’Elia prepping for his role in YOU pic.twitter.com/FxQmZVORHi

Chris D'Elia getting asked to play a famous comedian who's secretly a pedophile on You: pic.twitter.com/lwCszdtphb

Chris D’Elia getting off the set of “You” after a long hard day playing a pedophile pic.twitter.com/oxqQRhuldV

Every woman on twitter reading about about Chris D’Elia rn pic.twitter.com/R1DDgEvgkC

Chris D’Elia acting in roles as a pedo while actively being a pedo pic.twitter.com/fl9JlDCKMQ

i for one was ahead of the curve because i knew chris d'elia was a pedophile when i first saw his face pic.twitter.com/fHktRieQsz

So Chris D’elia wasn’t acting on YOU pic.twitter.com/H0bxQ0NvMk