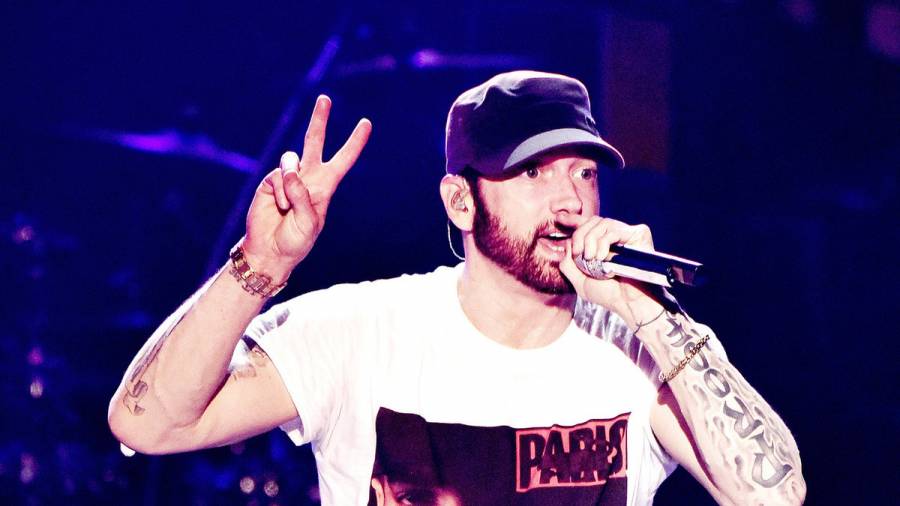 Eminem has put his fans on alert for an impending celebration. Slim Shady shared a teaser for the 10th anniversary of his Recovery album social media, promising to have more information on Monday (June 22).

“‘Music is my time machine,’” he wrote on Instagram. “#RECOVERY10 more coming Monday!

Over the course of 2019, The Slim Shady LP was digitally re-released with bonus tracks, reissued on CD/vinyl and paid tribute to with multiple merchandise drops. Eminem’s official website also hosted interviews with artist SKAM2? and photographer Danny Hasting about their experiences working with the diamond-selling rapper.

Eminem Rattles Off His Picks For Greatest Rapper Of All Time

Eminem’s Recovery was released on June 18, 2010 Shady Records, Aftermath Entertainment and Interscope Records. The album debuted at No. 1 on Billboard 200 after selling 741,000 copies in its first week, according to Nielsen Music. The LP included singles such as “Not Afraid” and the Rihanna-assisted “Love The Way You Lie.”

The project was eventually certified triple platinum by the Recording Industry Association of America (RIAA) in 2011. That same year, it won the Grammy Award for Best Rap Album.