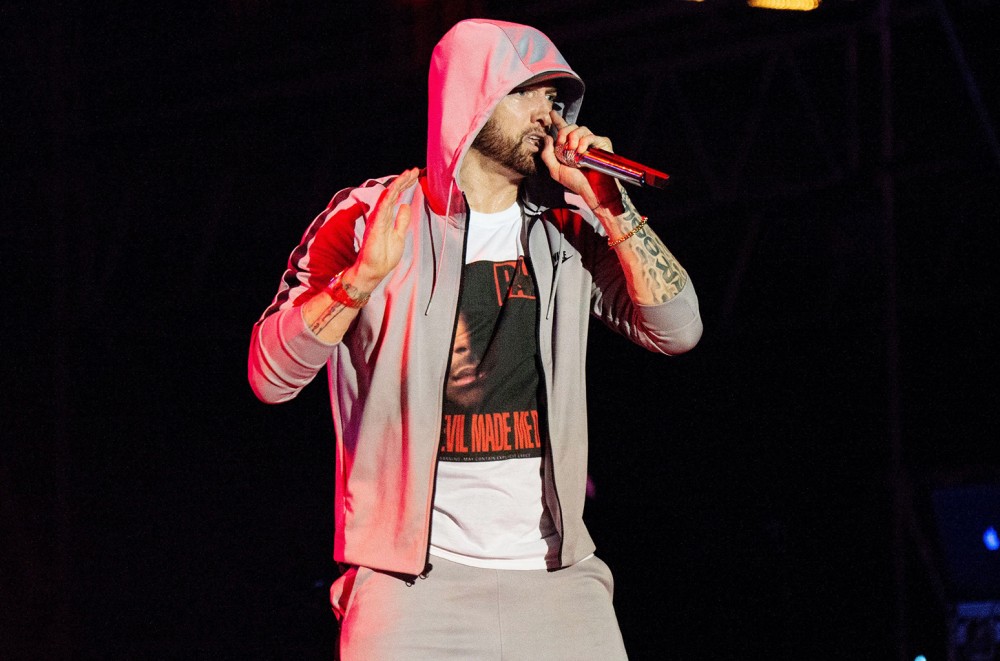 Following the surprise drop of Eminem's Music to Be Murdered By LP Friday (Jan. 17), fans were outraged by a reference to the 2017 concert bombing at Ariana Grande's concert in Manchester on the track "Unaccommodating."

"But I'm contemplating yelling 'Bombs away' on the game/ Like I'm outside of an Ariana Grande concert waiting," Slim Shady raps. After word of his questionable rhymes spread on social media, many took to Twitter to blast the Detroit legend.

"Eminem literally just made a joke about the Manchester bombing at ariana grande’s concert… that is just so f–king sick, y’all better not give this man any attention. people literally lost their lives, and you’re going to release music and try to make a profit off of them," one Twitter user wrote. "Eminem really making a joke over that tragedy to happen at Ariana’s concert," another said.

Billboard has reached out to the rapper for clarification.

Eminem made a sizeable donation to the victims of the Manchester bombing in partnership with the British Red Cross. The exact amount he gave is unknown, but his crowd-funding link reportedly amassed more than $2 million in donations.

On the same track, Em also addresses his feud with Machine Gun Kelly, saying he's moved on from the beef.

Listen to "Unaccommodating" below.