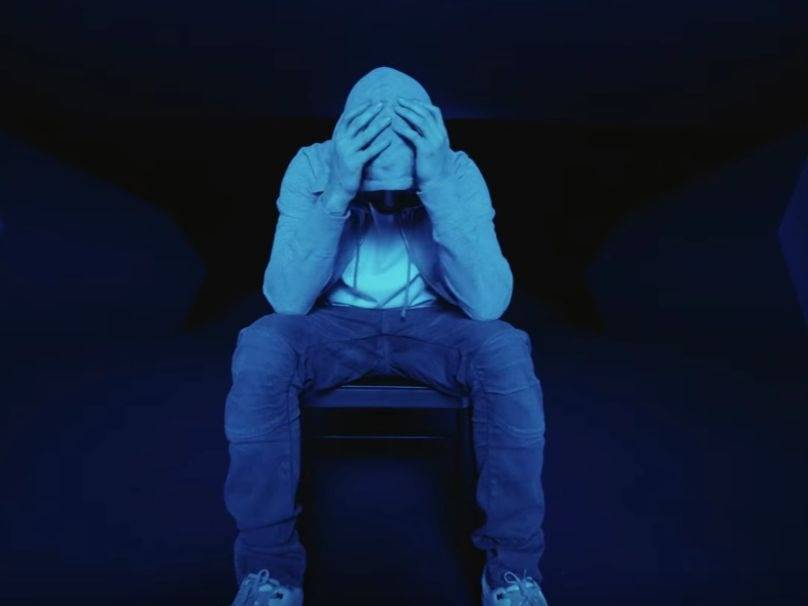 Eminem was full of surprises this week. Only minutes after unleashing Music To Be Murdered By, the inimitable Slim Shady unveiled a video for “Darkness,” one of 20 new tracks from the new project.

The visual finds Em holed up in a Las Vegas hotel room where he’s drowning in alcohol, prescription pill bottles, guns and bullets, contemplating what would happen if he unloaded on the concertgoers below.

Toward the end of the video, the camera pans to a collection of television sets in the shape of the United States.

On every channel is a news story about a different mass shooting. The text reads, “When Will This End? When Enough People Care.”

The video ends with a prompt to register to vote at Vote.Gov.

On Eminem’s official website, fans are encouraged to visit several organizations — including Giffords Law Center, Brady United Against Gun Violence and Everytown For Gun Safety — to find out how to help or learn more about putting an end to senseless gun violence and/or to help survivors and their families.

Watch the “Darkness” video up top.