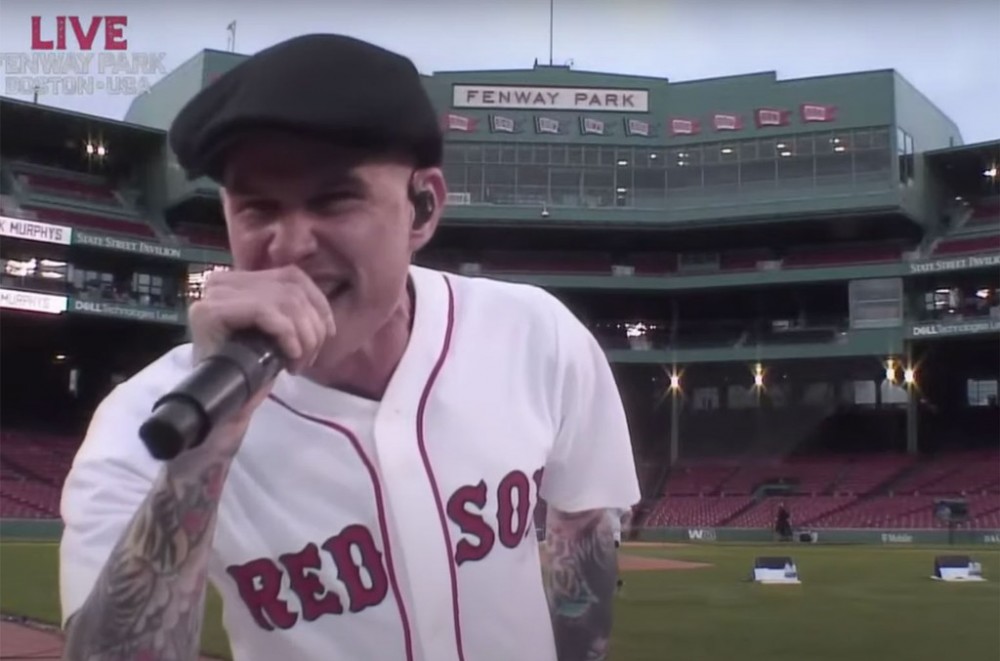 The Dropkick Murphys raised a wicked large amount of money for a variety of Boston charities with their free May 29 Streaming Outta Fenway performance. The show, the first-ever music event without an in-person audience at a major U.S. venue and the first show held on the infield of Boston’s iconic Fenway Park, raised more than $700,000, according to a press release from the band.

The money has been earmarked for the Boston Resiliency Fund, Feeding America and the Greater Boston Habitat For Humanity thanks to donations from fans and a $51,000 donation and $100,000 matching pledge from the show’s title sponsor, Pega. To date, the stream — available below — has been seen more than nine million times.

The socially distanced performance, which found the band members playing far apart from each other on the infield, included a two-song collaboration with pal Bruce Springsteen on the band’s “Rose Tattoo” and the Boss’ “American Land.”

Before the live set, the Dropkick Murphys took viewers on a behind-the-scenes tour of Fenway, as well as debuted the video for their new single, “Mick Jones Nicked My Pudding.” It also featured guest appearances from Kevin Bacon, Mick O’Malley, Rachel Dratch and Jack O’Callaghan from the 1980 “Miracle on Ice” hockey team.

Watch the show below.