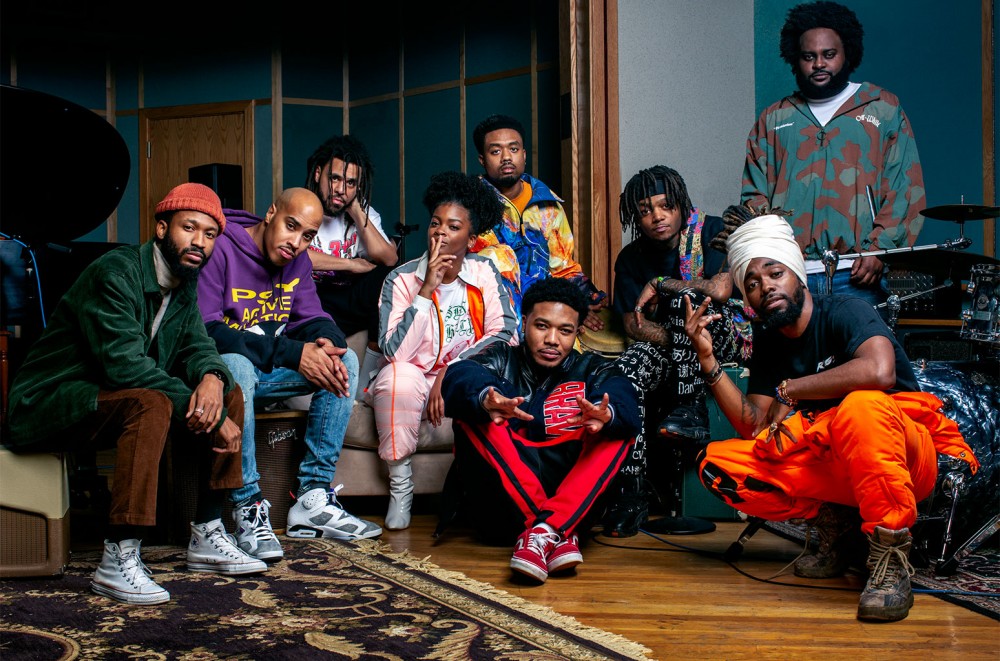 Exactly a year to the day that Dreamville wrapped up their rap camp in Atlanta, the J. Cole-headed label announced that it would be releasing the long-awaited deluxe edition to their Billboard 200-topping Revenge of the Dreamers III album Thursday night (Jan. 16).

Rather than the usual midnight release, the project is scheduled to hit streaming services at 9:00 p.m. ET. The deluxe boasts 12 new tracks in total, which sees features from artists outside the 'Ville like Buddy, 6lack, Reason, Vince Staples, Guapdad 4000, Dreezy, Childish Major, and Smino.

Dreamville created a brand new cover art to go along with the deluxe edition after kicking off the rollout earlier this week with a two-pack courtesy of Ari Lennox, Reason, and EarthGang. The acrylic artwork was created on canvas by Bryan Blue and includes a portrait for every artist that participated in the project's creation.

Check out the track list and cover below. Revenge: Deluxe releases at 9:00 p.m. ET tonight.