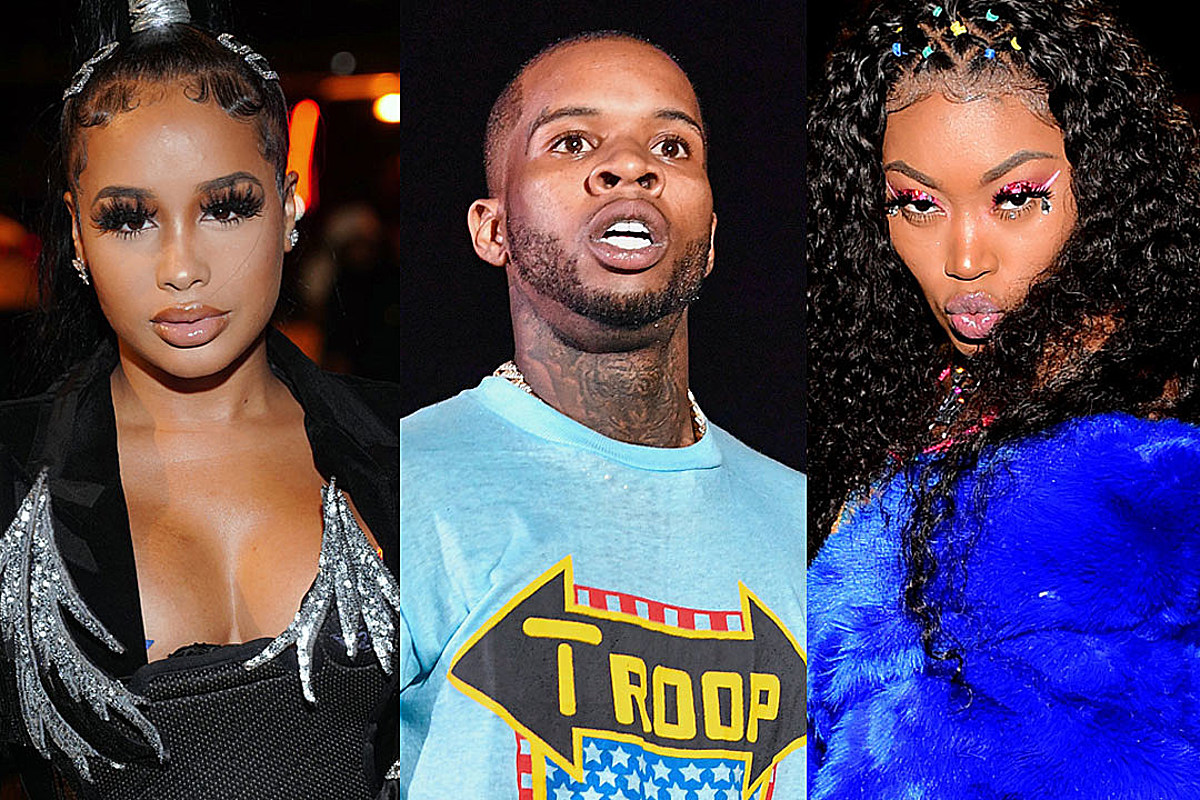 Tory Lanez dropped several names on his new album, Daystar. DreamDoll and Asian Doll are among those the Toronto native mentioned, but they quickly clapped back at his bars about them via social media.

On Tory's record "Sorry But I Had to…," which appears on the effort that was released at midnight today (Sept. 25), he references Dream and claims she hasn't been able to snag a hit record. "Gimme one DreamDoll hit record (Mmm), I'll wait," he raps on the track.

In an Instagram post, which appears to have been deleted, Dream, who beefed with Tory in the past, but was also rumored to be romantically linked to him, responded and said, "You been a dub! Since you came for me the first time. Sadly you could try n diss me again this time for not having a hit but yet my biggest record was exposing your corny ass til this day. Always coming for females but keep digging your hole Daystar Peterson you fucking lame !!!! Man up and go live pusssssyyyyyyy. You know the vibes SMDDDDDD! Bigen head." Dream included a shrimp emoji before adding Tory's Instagram handle.

She also shared screenshots of text messages and DMs from Tory that were sent to her in 2019.

The Canadian rapper-singer mentioned Asian Doll on the song as well. "Asian Doll talkin', but shawty, I don't know you/I never met you, nor have I heard a song/And nor have I seen billboards/See your name in any cert or song from out your catalog/Oop, the hat is off," he said of Asian, who is friends with Megan Thee Stallion and has defended her in the past regarding the July 12 shooting incident involving Megan and Tory.

"Sorry I Had to…" is just one of 17 songs that appears on Tory Lanez's new Daystar album, which is the first music he's delivered since the unresolved shooting that transpired prior to his arrest for carrying a concealed weapon in a vehicle two months ago.

Hours before releasing the album, the 28-year-old artist broke his silence for the first time in months. This is also after many people had been waiting for him to speak out on what happened the night of his arrest, which was also the day Megan sustained gunshot wounds to her feet that she says Tory is responsible for.

Tory hasn't responded to neither DreamDoll nor Asian Doll.