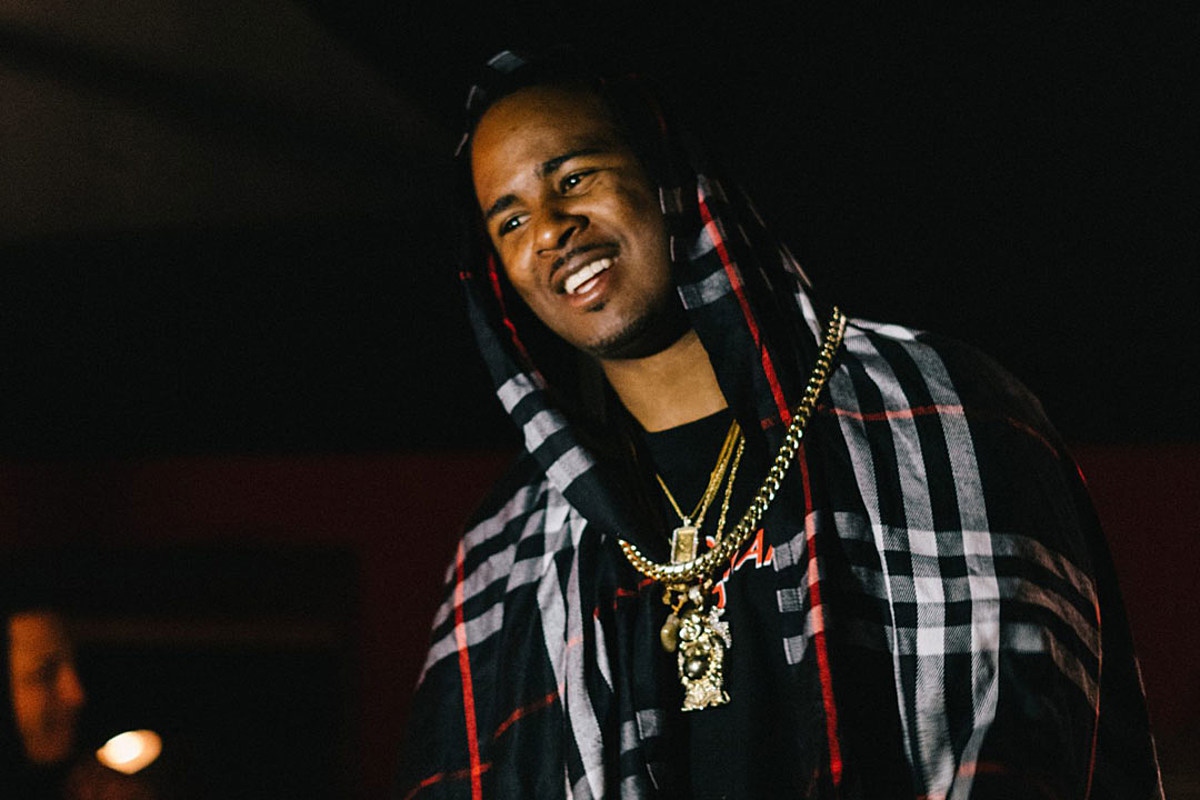 Drakeo The Ruler's first day out is being commemorated on social media. The rapper shared a few tweets and video of himself on Twitter while several other photos and videos are making the rounds.

"When the nigga y’all love to hate get out of jail," he tweeted, along with a video of himself calling out people who never picked up the phone for him while he was incarcerated.

Drakeo The Ruler's fight for freedom has come to an end.

On Wednesday (Nov. 4), journalist Jeff Weiss, who has been covering the 26-year-old Los Angeles rapper's legal case surrounding murder and attempted murder charges from the start, announced that Drakeo would be coming home today.

"Incredible news: The DA suddenly offered Drakeo a plea deal for time served. He took it. The Ruler will be coming home tonight. @IamMRMOSELY is free," Weiss tweeted.

"It's unquestionable that LA voting out Jackie Lacey last night played a major role in the DA's decision. We have every reason to be cynical, but this was a case where collective action and organization actually paid real life dividends. The nightmare is over. #DrakeoIsFree," he continued, referring to former Los Angeles County District Attorney Jackie Lacey, who lost the race to the newly appointed D.A., George Gascón.

"And, of course, the indefatigable work and legal skill of @HamasakiLaw, who is more responsible than anyone for bringing Drakeo home," he wrote.

Drakeo, born Darrell Caldwell, is currently processing out of the Los Angeles Men’s Central Jail, where he was being held since 2018, for charges in the murder of 24-year-old Davion Gregory at a party in Carson, Calif. on Dec. 10, 2016. Last year, Drakeo was acquitted of the charges of murder and attempted murder and then retried again in the case on different charges two months later.

His criminal defense attorney, John Hamasaki, released this statement to XXL following the news of Drakeo's release from jail today: "Drakeo has suffered through three years of cruel and unjust treatment. Today he comes home to his family and young son. He wants the fans to know to expect some fresh out music soon."

Drakeo himself also provided a short statement. "We know the truth. The truth is undisputed. #DrakeoFree," he said.

In March of 2018, Drakeo The Ruler was arrested and charged with first-degree murder, attempted murder and several counts of conspiracy to commit murder for Davion Gregory's death.

Police believed that Drakeo, along with members of his Stinc Team collective, plotted to murder L.A. rapper RJ. Instead, cops say Gregory was killed on Dec. 10, 2016. Drakeo was arrested on felony charges related to the case in March of 2018. In July of 2019, he was acquitted of the charges. Two months later, the rapper was retried in the case for criminal street gang conspiracy and shooting from a moving vehicle. He was facing 25 years to life in prison for the charges.

Drakeo has accused former Los Angeles County District Attorney Jackie Lacey, who has been handling his case for the last four years, of preying on the Black and Brown community in exchange for money. "Jackie Lacey has had a bad track record and is endorsed by all law enforcement. She’s perpetuating the prison industry in California which means your brown and black friends and family get preyed on in exchange for money," he tweeted.

He also says she signed off on the death penalty in his case knowing that he wasn’t the shooter nor involved.

On Nov. 3, Lacey lost a bid to keep her seat for a third term after George Gascón, a former LAPD Assistant Chief of Police, Chief of Police in Mesa, Arizona and San Francisco D.A., won the race.

With his freedom in place, Drakeo The Ruler can get back to the music now. This year, he dropped the mixtapes #FreeDrakeo and Thank You for Using GTL, named after the inmate telecommunications system of choice for L.A. County. Prior to that tape, he was on a consistent run, releasing I Am Mr. Mosely (2015), I Am Mr. Mosely 2 (2016), So Cold I Do Em (2016) and Cold Devil (2017).

He's been praised for his dynamic style of rapping, unique slang (listen to "Flu Flamming") and inimitable talent, which has earned him respect in the West Coast rap scene and beyond.

See 15 Rappers With the Best Gimmicks of All Time