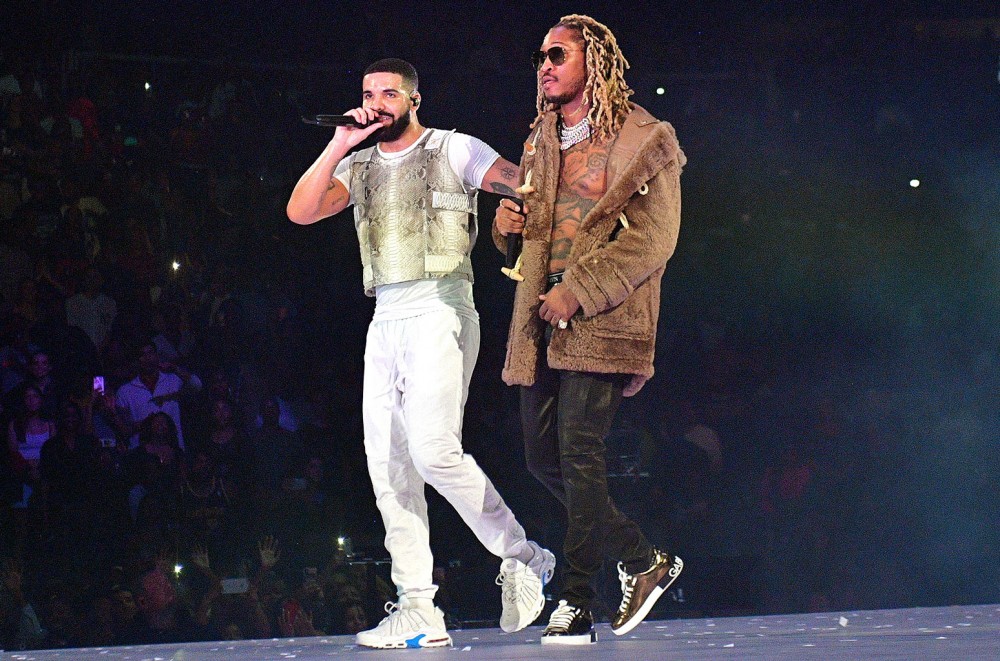 The Canadian hip-hop star guests with Future on “Life Is Good,” which dropped at midnight, accompanied with a Director X-shot video and artwork from it featuring the guys cooking up a storm in the kitchen.

Keep an eye out for cameos from 21 Savage, Lil Yachty, Mike Will Made-It, and Big Bank Black.

On the new tune, Drake raps, “Workin' on the weekend like usual/ Way off in the deep end like usual/ N***** swear they passed us, they doin' too much/ Haven't done my taxes, I'm too turnt up.”

Straight after release, Drake was trending right at the top on Twitter, a place he’s been many times before.

Future teased the track on social media earlier in the week. It’s the pair's first collaboration since “Blue Tint,” from June 2018, and its likely to land on their follow-up​ to What A Time to Be Alive from 2015.

Watch the official video and stream the audio below.