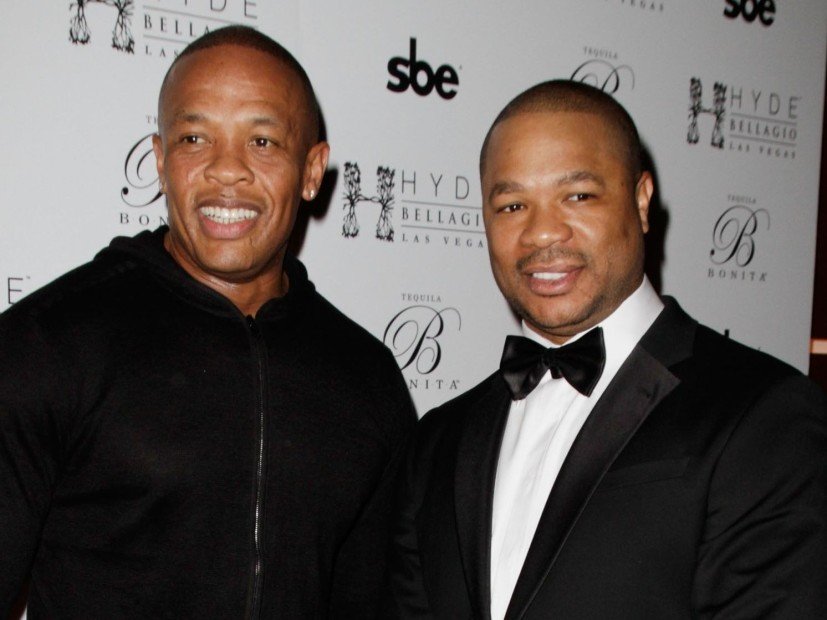 Los Angeles, CA – While Xzibit’s Pimp My Ride days may be over, his musical journey is ongoing. On Wednesday (February 12), the X to the Z shared an Instagram photo of himself posted up at the studio with Dr. Dre and Focus…

“@focus3dots @drdre @xzibit you have no idea wtf we about to drop like a atom bomb on you.com,” he promised in the caption. “#Powerful #Actions no statement needed. #Ilikethatyouthinkyourewinning.”

@focus3dots @drdre @xzibit you have no idea wtf we about to drop like a atom bomb on you.com #Powerful #Actions no statement needed. #Ilikethatyouthinkyourewinning

Xzibit followed up with another photos of himself with Dre, FredWreck, Ice-T and producer Hen Gee with the hashtags, “#WestCoast #Avengers.”

Although it would be a Hip Hop purist’s dream come true if they were all collaborating on a project together, it appears the illustrious Hip Hop figures were simply celebrating Ice-T’s birthday party at Lawry’s The Prime Rib in Beverly Hills either before or after they popped up in the studio.

Hen Gee shared a video montage of the festivities to his Instagram account on Wednesday (February 12). Ice-T is wearing the same sweatshirt at both locations.