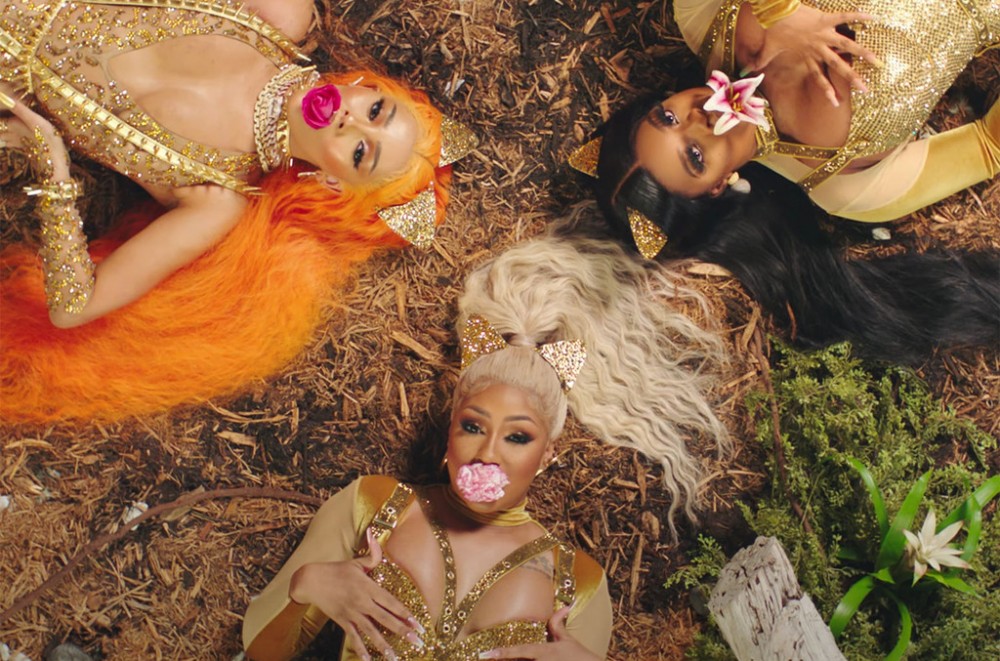 The “Say So” singer even rifles through a filing cabinet with folders of different types of men they’re after to take home the gold, from foreign princes to U.S. rappers to CEOs to athletes. But the three balance their play hard, work harder lifestyle in the titillating visual by later dressing as jungle cats who dig their fingers into papayas, grapefruits and flowers to further emphasize their sexual prowess.