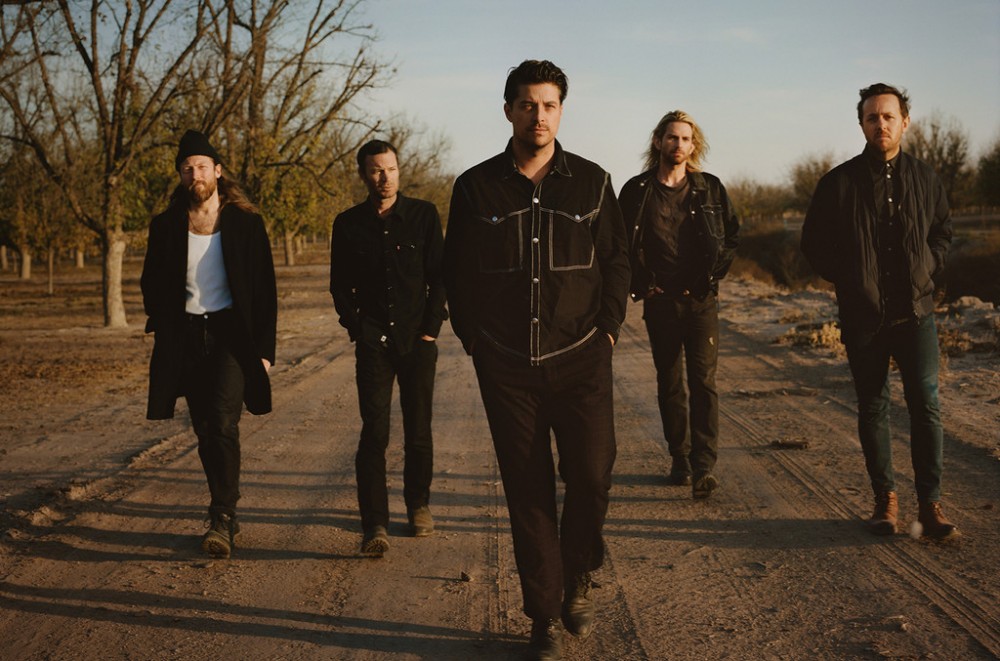 Check out the video premiere for 'How Bout It'

It’s been six years since Delta Spirit released its last album, 2014’s Into the Wide, but after a restorative and busy hiatus, the rock group returns Sept. 11 with What Is There, their debut for New West Records.

“A decade-plus spent in close proximity can take a toll on any relationship, especially if it’s in the creative sphere,” frontman Matthew Logan Vasquez tells Billboard of the band that formed in 2005 and is known for such Triple A hits as “California” and “From Now On.” “We hit pause, and thankfully saved our friendship. Our lives needed to grow independently in order to return to a more collaborative place. We weren’t sure if that was gonna happen for us, but gratefully after two years of working, we have an album that we feel extremely proud of.”

During the break, Vasquez released three solo albums and was part of Glorietta, multi-instrumentalist Kelly Winrich produced such acts as Nathaniel Rateliff, and the other members— bassist Jonathan Jameson, guitarist Will McLaren and drummer Brandon Young— collaborated with a number of other acts.

“The Matthew Logan Vasquez project was a huge learning experience for me. It gave me the opportunity to somewhat start from scratch. I learned how to be a better leader, how to ask for help, I gained so much more gratitude toward our fans and my experience in Delta Spirit,” Vasquez says. “The rest of the band certainly kept their chops up, and we’ve all developed in positive directions.  Resentments are replaced with deeper love and understanding for each other. At least that’s what we’re striving for.”

The album includes the edgy, dark “How Bout It,” a murder ballad about a gambling addiction. Vasquez wrote the song on an iPad using GarageBand. “I had recently realized that I could use the microphone in my headphones to sing into it. I spent all day walking around Oslo singing to myself, and I’m sure the people around me thought I was completely nuts,” he says. “A contributing factor to that hypothesis was I that had my parka hood pulled over so they couldn’t see the headphones.”

The song’s stirring video, which premieres below, was directed by Michael Parks Randa and shot during the Covid-19 pandemic at more than 30 locations throughout North America. Randa directed 30 people across the country to safely document portraits of Americans in isolation, including the five band members who all now live in different cities.

After only playing two shows in their latest chapter, the pandemic left the band, well known for its live show, on the sidelines. “Watching our year of touring disappear into the ether was a hard pill to swallow. This is the second time now we’ve kicked our tour down the road. Now it’s in March. Hopefully we’ll have a vaccination by then. We definitely won’t tour if we don’t think we can do it safely for our fans, the people that work at the venues, and for ourselves.” Vasquez says, who adds there has been a bright side. “I’ve got to say I’m grateful for the time home. I’ve been on tour every year since 2005 and having a child in the mix, I’ve missed out on quite a bit. I live in a rural place in Central Texas and there are lots of places to swim and socially distance.”

The rescheduled tour now kicks off with two nights at the Teragram Ballroom in Los Angeles, March 24-25. Pre-order the album here.