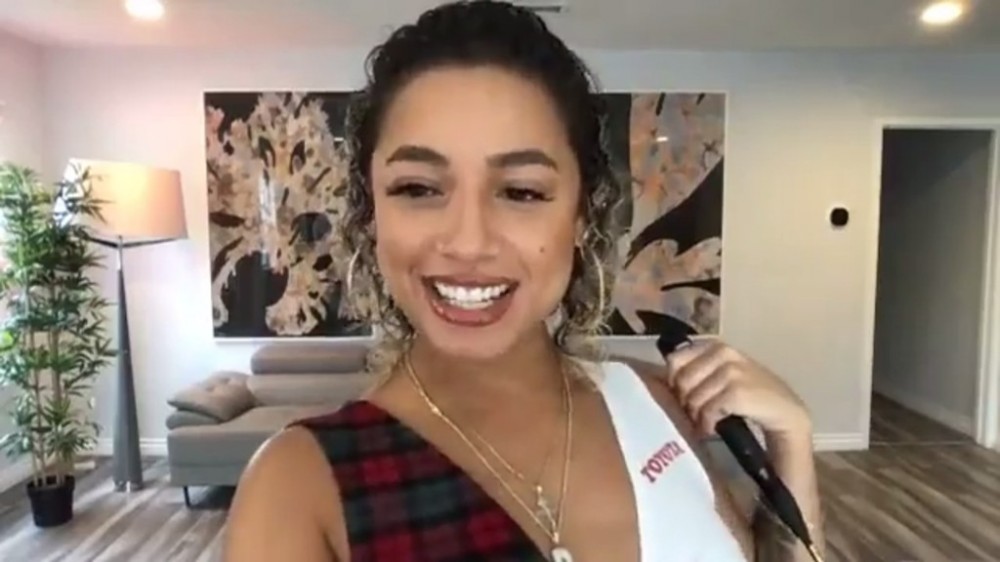 DaniLeigh kicked off a new week of Billboard Live At-Home concerts with a fundraiser for Downtown Women’s Center.

Admitting she “just lowkey woke up,” the chipper star launched into her 2019 single “Easy,” dancing and harmonizing along to Chris Brown‘s pre-recorded guest feature on the second verse before answering fan questions about her ethnicity (“Both of my parents are Dominican”), what she’s doing for fun during quarantine (mastering Drake‘s “Toosie Slide”), her skincare secrets (“I use Kiehls and Dermalogica exfoliator”) and more.

During the set, the Florida native also promised that a collab with the Champagne Papi could “eventually” be coming down the pipeline. “Me and Drake are friends,” she said before segueing into “Wrong” from her 2019 EP My Present. Among her other dream collabs? Travis Scott and U.K. rapper Dave.

Next, DaniLeigh performed her latest single “Levi High” sans collaborator DaBaby as well as a brand-new song called “How Did You Get Here,” which she told fans she’d just dropped on Soundcloud over the weekend.

I’m DaniLeigh and I’m teaming up with Billboard to raise money for the Downtown Women’s Center with a Billboard Live At-Home performance! Watch now and drop your questions, request and donations below!