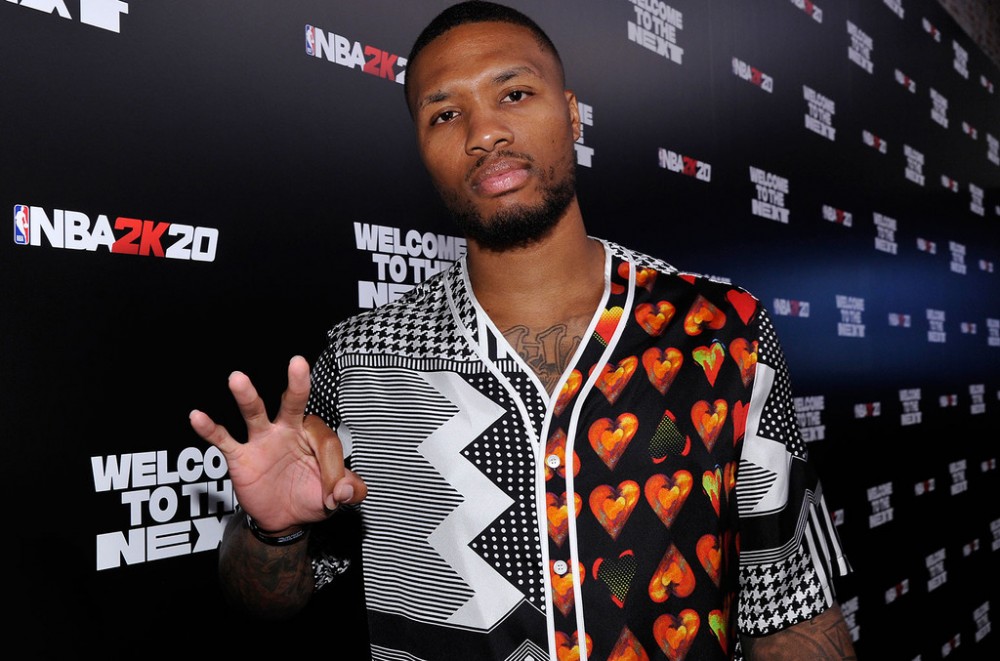 Damian Lillard, the 5-time NBA All-Star who retires his government name when he spits bars under the moniker Dame D.O.L.L.A., spoke openly about the unlawful murders of George Floyd and 99 other Black people due to police brutality in his new track “Blacklist.”

The pro NBA player references former San Francisco 49ers quarterback Colin Kaepernick, who took a knee during the national anthem as a way to stand against police brutality toward Black people, but the move ultimately got him fired from the NFL (“Cause we need help from people who ain’t dealt with/ The kind of sh– we experience, how we felt when/ The country turned on Kaepernick after he knelted,” Lillard raps). Similarly, the Portland Trailblazers point guard recently took to the streets of Portland, Ore. to protest the murder of Floyd, Ahmaud Arbery, Breonna Taylor, Tony McDade and many others.

“As a rich black man living in this country, it’s hard being comfy/ When the hate your people get is coming from the ones amongst me/ Used to call us ‘monkeys’ and ‘slaves’ and we overcame/ Still our work is just beginning, protests look like parades,” he raps over Kev Choice’s ominous piano arrangement, picking apart the presumption that rich and famous Black men aren’t as affected by the racist violence as others from lower socioeconomic backgrounds because the common denominator of their skin color makes them equal targets in American society.

Lillard enlisted his cousin and rapper Brookfield Duece and collage artist and graphic designer Daniel Lint for the art direction of the single, which features an accompanying graphic of 100 names of Black people who’ve died from police violence.

Had to vent… #Blacklist out on my @SoundCloud now. Link in my bio by @kevchoice Art by @brookfieldduece and @daniel.lint #DameDOLLA #BlackLivesMatter ✊