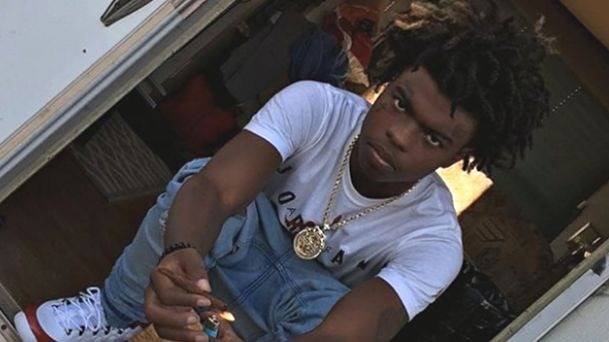 Colorado City, AZ – Aspiring teenage rapper Meize Bentley is just beginning to get his name out there but thanks to his recent arrest, it’s not for his music. On Thursday (June 25), a video hit the internet showing the teen’s violent encounter with police, which involved multiple guns drawn and Bentley crying out for his mother.

The video was livestreamed by Bentley’s brother who was describing the scene as it went down. The incident, which he says happened in Colorado City, Arizona, resulted in at least two arrests. The sound of handcuffs locking can be heard as the brother is taken into custody.

Rising East Dallas rapper @mmg.meize who has recently been going viral for multiple reasons has been hit with multiple charges. More as the story develops. (swipe left)

In a video posted to Bentley’s Instagram account — which touts his “World’s Most Dangerous Juvenile” single across the top — he describes what his childhood has been like and says he hasn’t been out of jail for more than nine months at a time.

When asked how many times he’d been to jail, Bentley replied, “Shit, I don’t even know. A few times, like 10, nine times. I could go lay down and shit with no problem. That shit don’t bother me no more … I been in jail so many times, a nigga done got used to that shit.”

Bentley has a handful of videos on YouTube, including 2019’s “Last One Breathin,” “First Day Out” and the aforementioned “World’s Most Dangerous Juvenile.” In March, he dropped a new visual for “16,” which was directed by Elijah Ray.

The description warns, “Any weapons and items used in this video are PROPS used for ENTERTAINMENT purposes only.” Check it out below.