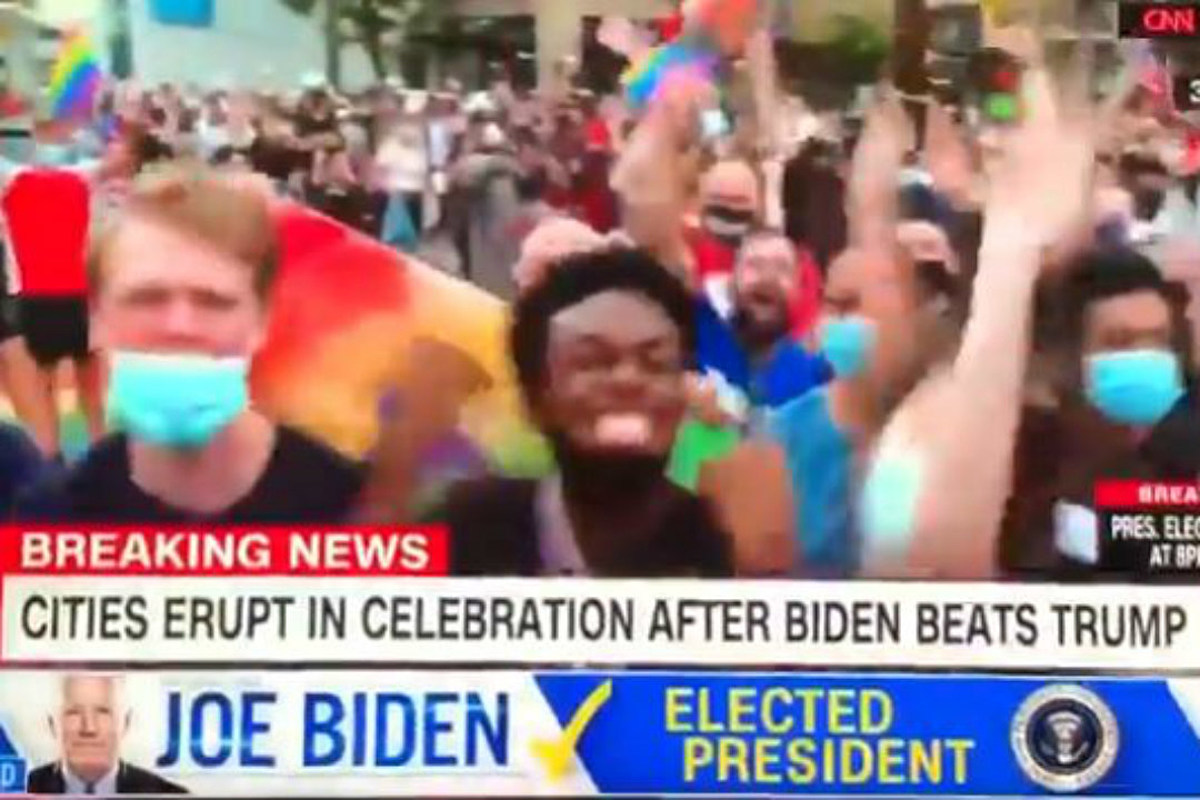 YG and Nipsey Hussle's "FDT" is getting a lot of burn in the wake of the 2020 presidential election, and in some unconventional spots.

The Donald Trump diss track is sharply rising on streaming charts, reaching No. 1 on iTunes in the days following the election. The song even got some airtime on CNN. On Saturday (Nov. 7), following the announcement that former vice president Joe Biden had been projected to win the presidency, many of his supporters took to the streets in celebration. CNN captured video of one jubilant group marching down the streets in Atlanta. They don masks, signs in support of Biden and signs cursing Trump. Someone in the crowd is blasting YG and Nipsey's anthem and CNN cameras capture a few seconds of unedited lines from the vitriol-filled diss before they go to commercial. YG even caught wind of the video and triumphantly retweeted the post.

The song, which was released in 2016, has just as much relevance with anti-Trumpers today as it did when it came out, especially because of the outcome of the election. YG is definitely basking in the song's appreciation. After it was announced Trump had lost the election, YG tweeted, "I know @NipseyHussle goin crip krazy right now!.”

With the resurgence in popularity of the track, the song has a chance to enter into Billboard Hot 100 next week. "Our first true test as a country is to make sure YG has the #1 song in the country next week," noted Say Less Podcast host, Kazeem Famuyide, on Twitter.

Now, that would be brazy.