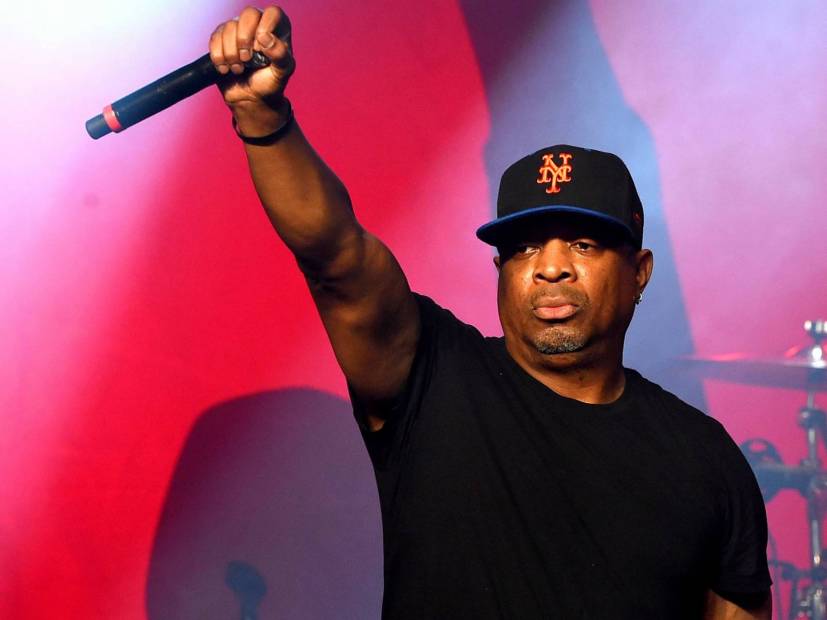 Public Enemy has been speaking out about racial injustices and the plight of black people for over 30 years. As riots and protests erupt across the country in the wake of George Floyd’s senseless death, P.E. fans have been wondering what Chuck D has to say about the current state of America.

On Monday (June 1), Donald Trump threatened military force if the state governors don’t get their cities under control. As Chuck watched the news unfold, he weighed in on the civil unrest plaguing the nation.

“My statements are politically incorrect,” Chuck tells GroovyTracks. “It will not behoove anybody for me to say these things. They’re really incendiary and they’re not helpful. It’s not conducive. When you don’t feel good about saying what you really feel you should say, you shouldn’t say anything at all. Older people know that [laughs].

“If you don’t really feel it’s conducive to say certain things, you just stay fucking quiet until you find the right words for it. And right now, there are no words for this shit. I got no voice at this moment, because every single emotion young people have is justified right now. It’s emotion.”

What hits me sad is seeing the young Military Police men women of color even young black women deployed to guardout while CIC is in a bunker. National Guardspersons hurled in the middle. Dude called his governors’weak’. He talks crazy putting lives in danger fanning the flames. pic.twitter.com/y1ndFERRJ4

Floyd was killed on May 25 after white Minnesota police officer Derek Chauvin placed his knee on Floyd’s neck for over nine minutes. The Hennepin County Medical Office initial autopsy concluded there was nothing “to support a diagnosis of traumatic asphyxia or strangulation.”

But Floyd’s family hired renowned forensic medical examiner Dr. Michael Baden to perform a second, independent autopsy. The results came back on Monday afternoon and determined Floyd’s death was a homicide by asphyxia.

“The independent examiners found that weight on the back, handcuffs and positioning were contributory factors because they impaired the ability of Mr. Floyd’s diaphragm to function. From all the evidence, the doctor said it now appears Mr. Floyd died at the scene.”

Ice-T, Common, J. Cole, Ice Cube, Snoop Dogg and Eminem are just a few of the many notable Hip Hop artists speaking out against police brutality and calling for justice.

Meanwhile, Public Enemy is preparing to release their next studio album on July 4, the group’s first since 2017’s Nothing Is Quick In The Desert.