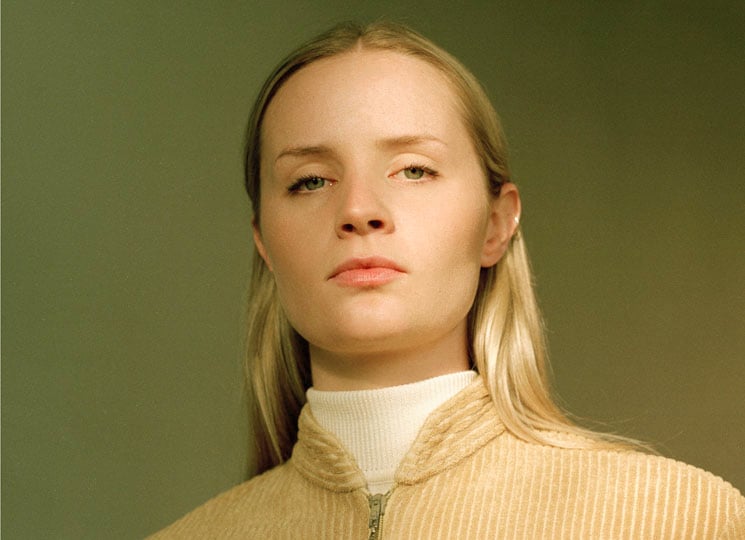 At six tracks, Charlotte Day Wilson’s Stone Woman EP is a moving yet brief glimpse into her world soul-oriented music.

There has been buzz around Wilson since her 2016 solo debut with the acclaimed CDW EP. While we anticipate a full-length album effort in the future, this week marks the release her Stone Woman EP, and the singer-songwriter and musician tells Exclaim! that more good things come to those who wait.

“I wrote a lot more, but these were the ones that I thought fit together well, and the ones that I felt the most connected to, I guess, for right now,” she says. “There’s songs that I definitely wanted to hold onto for the next thing… I just knew I wanted these songs for Stone Woman].”

We hung out with Wilson in Toronto and she walked us through the Stone Woman EP, track by track, to reveal how it was made.

“So Alex Sowinski BADBADNOTGOOD sent me an MP3 file to my iPhone; I think he spent a day just kind fooling around in the studio by himself without the guys, and that’s what he came up with. And he sent it to me, like, ‘Oh, here’s a quick idea,’ and it’s the sample you hear at the beginning, that loop. He sent that to me and I was like, ‘This is so beautiful.’ I was just so obsessed with it. And immediately I was like, ‘I need to use this. Don’t give this to anyone else, I want this.’

“For that one, I had a completely different version that’s pretty much finished. It’s produced and more electronic-sounding. And then I started playing it with my band and I liked the live feel it, so then I decided, for the EP, I wanted to rerecord it. I brought my band at the time into the BBNG studio, and Matty Tavares] from BBNG helped me engineer and record the live feel that. And then we had Chester Hansen BBNG] play bass on that one, too.

“That song was about the contradiction feeling — for me, I feel like my life is one walking contradiction where I’m just, like, I feel this way one day, and I say that I am this way one day, and then the next day I do the complete opposite. And so it was me being like, ‘You know what, I’m sick doubting every way that I am, whether it comes to relationships or my confidence, or whatever.’ But then I guess it comes back to the chorus and it’s like, I’m doubting myself once again.”

“I make an idea every day. I don’t really ever spend a day where I don’t write a song, or whatever. I don’t know if you can hear, but there’s background textures within the song, and I was originally] inspired by that. And that was the starting point, I think. And then I was like, ‘Oh, it could be cool do just do a really simple ts-ts-ts-ts-ka, ts-ts-ts-ts-ts-ts-ka.’

“I just liked that it was just something simple. I don’t know what the reference word would be, but just something that sounds a little bit more like, not trap, but something more dirty. At the time I was listening to the original trap, so like Tommy Wright III, some that stuff. I was inspired by that. The production I did completely on my own except for on the big section; I got Alex Sowinski] to play the cymbals because I wanted it to sound hectic. So there was that, and then I side-chained the cymbals and filtered them to make it sound like hectic noises versus cymbals. But yeah, that one was just me kind , like, ‘I just want to flex my production skills.'”

“My roommate at the time, who is also my drummer, Duncan Hood, he’s always working on music as well. And I remember coming home one day, it was a sunny day, and his window was open, and I was walking up to my place, and down the block I could hear something, and I was like, ‘What is that? It sounds so cool.’ And I’m walking up the street, I was in such a good mood, and the music just sounded so good, and I walked up, and I was like, ‘Oh, it’s coming from Duncan’s room.’

“And I walk up the stairs, and I’m like, ‘What are you working on?’ And he’s like, ‘Oh, you know, just this instrumental.’ And I was like, ‘Let me have it, please!’ And then that day we just sat in his room for the afternoon and we worked on the melody and stuff, and then I took the instrumental and wrote lyrics, and then got Chester to play bass — what else, there was a few other people on that song — Oh yeah, Tommy, River Tiber did the strings.

“That one started as me, Tommy Paxton-Beesley (aka River Tiber) and Matty Tavares in the BBNG studio, just one afternoon. I think we started with the vocals. I think the idea was, like, ‘Let’s make a song that has cool vocal pads.’ And we started, me and Tommy, just really far away from the microphone, and the microphone in the middle, and we just came up with some harmonies and recorded those.

“I was at my parents’ house and I wrote that one at the childhood piano that I learned to play on. I was going through a very tumultuous day. I’d just had a breakup, so I was just kind feeling some feelings anger, I guess, and that’s what happened.”