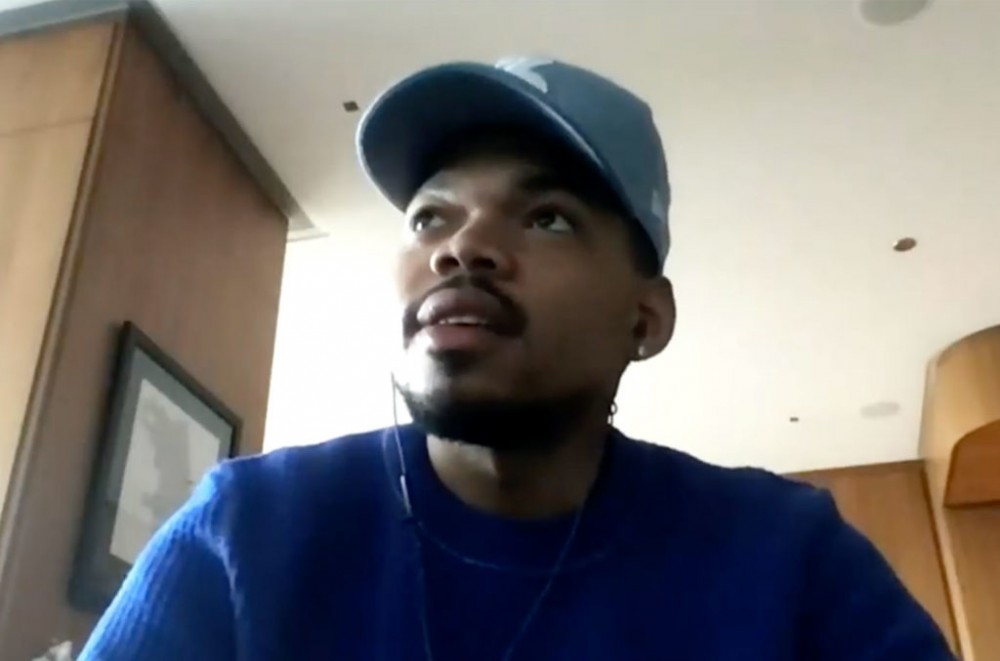 Stephen Colbert isn’t letting quarantine stop his journalistic efforts. On Monday night (April 6), Colbert hosted The Late Show With Stephen at Home in light of practicing social distancing from the COVID-19 outbreak, and invited Chance The Rapper to chat Zoom.

Chance reflected on his epic 2019, which included getting married to his long-time girlfriend, Kirsten Corley, having another baby, and releasing his debut album The Big Day. “It was a jam-packed year,” he said. “It was probably some of the biggest and best memories of my lifetime. I’m glad all that stuff wasn’t scheduled for 2020.”

After adding a second daughter to the Bennett household, Chance jokingly expressed how parenthood has been challenging, being that he’s now spending more time at home versus working on the road. “I feel like I didn’t have two kids until this quarantine started. Between the nanny, the grandparents, and the school, we basically gave each other high fives everyday. Now it’s like a full-on 1-on-1 or 1-on-2, sometimes. They’re beating us up,” he said.

Besides fighting his urges of eating fried foods, such as french fries and getting dismantled by his oldest daughter Kensli in Candy Land, Chance is remaining optimistic regarding the crushing pandemic. Referencing Matthew 11:28 from the bible, Chance encouraged people to take in a moment to sit back and relax.

“One way to look at this is as an ordained divine moment of rest. I think this is one situation where regardless of your wealth and your class, your race, or whatever you have going on, everybody’s at a pause,” he opined. “Everything doesn’t have to be in the benefit of business. Some things can be for the benefit of your spirit.”