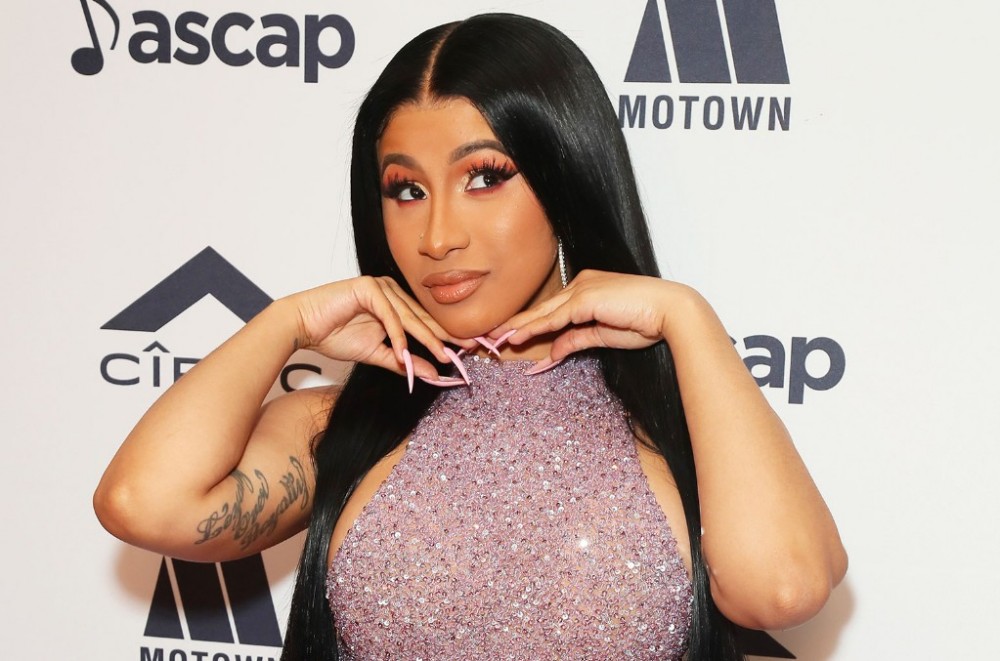 Fans found out on Tuesday (June 16) that Cardi B has been cooking up new music during the COVID-19 pandemic. But that’s not all she’s been up to. The ink-loving rapper also added some new hardware to her body … and her latest studs look — and sound — like they hurt.

In a series of videos posted June 17, Cardi shows off a pair of new chest piercings just below the one nearest her throat. “I don’t even know why I’m agreeing to this,” she says, trying to psych herself up as hubby Offset holds her hand and encourages her to be a gangsta about it. “Take that s–t like a G!” he says as she asks him why he isn’t getting any piercings. “Oh my God, that one hurt!” she yells a short time later.

“And this is the final result,” Cardi says in the last clip, zooming in for a closeup of the bling, which looks like a star-shaped stud with a diamond and a blinged-out snake climbing a vine, noting that she might have to take the original top chest piercing out because it’s old.

She also shared a clip of the painful process of getting her new lip piercing, in which she howls as the stud is put in, with Offset still by her side, holding her hand through the whole painful process — but still not stepping up to the chair to take his turn.

Cardi teased fans about new music on Tuesday, promising that the follow-up to her smash 2018 debut studio album, Invasion of Privacy, is “comin’… its going to hit too!!!” she promised.

Check out her videos below.

This bitch hurt I forgot how it felt