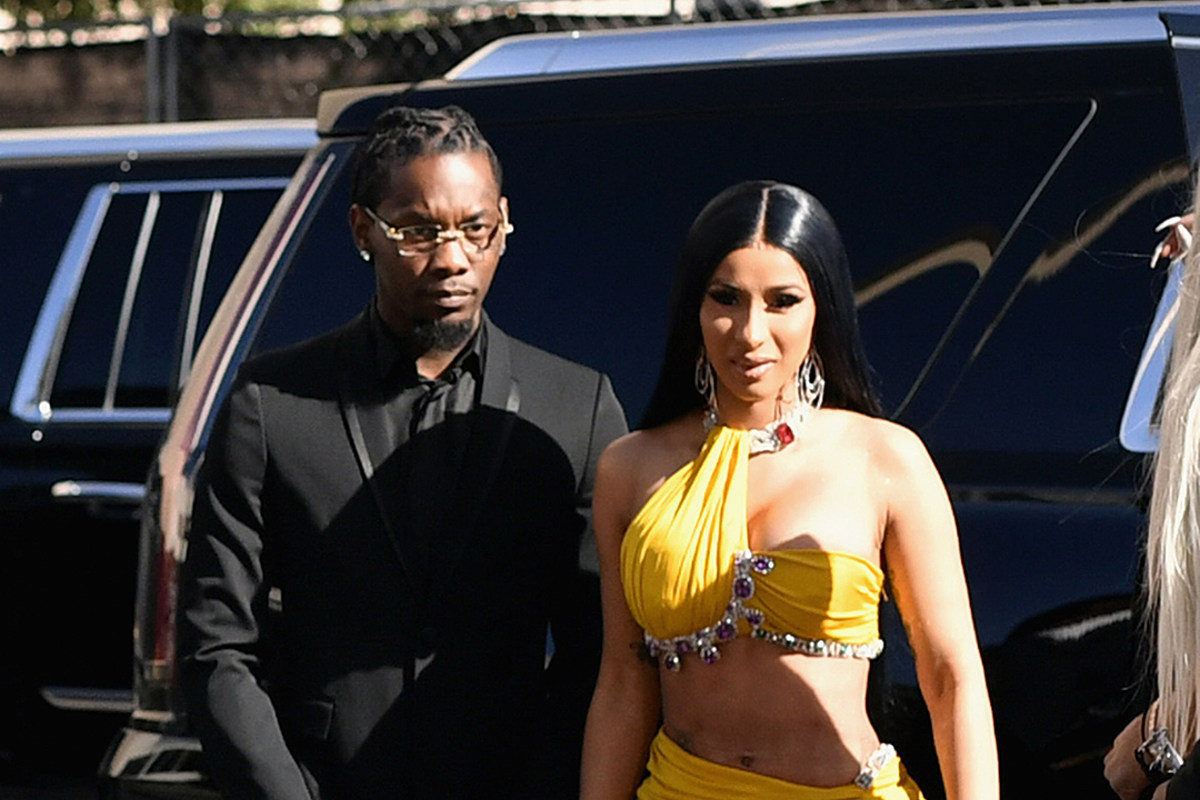 Cardi B reveals more about what led her to divorce Offset after three years of marriage.

Late Wednesday evening (Sept. 23), after announcing she would be going live on her OnlyFans account, the 27-year-old rapper talked about her decision to divorce Offset. As reported in Vanity Fair, during the livestream, the Bronx native explained that she refused to wait for another controversy to arise in the media regarding ’Set's infidelity.

Elsewhere in the conversation, the "Wap" rapper told fans that no one could make her feel self-conscious about her decision to leave her marriage.

“You cannot hurt my feelings trying to throw the divorce in my face because, at the end of the day, I decided I wanted to leave,” she continued.

The news that The Bronx native, born Belcalis Almanzar, filed for divorce from Offset in Fulton County court broke on Sept. 15. According to the legal documents, Offset was given 30 days to the day of the complaint's initial filing to answer the court summons. If he does not do so, a judgment will be taken against Offset for the relief demanded in the paperwork. As part of the divorce, Cardi is requesting a split of the assets she and Offset acquired while married. She has also asked that the debts they've acquired being divided equally. She additionally wants her separate property and is asking that Offset cover her legal fees. Cardi B is seeking full custody of their 2-year-old daughter, Kulture, as well.

Cardi has spoken out once before about the separation. Four days after the news made headlines across the country, Bardi went on social media to explain that she wasn't distraught and crying over their breakup. She also claimed that Offset did not cheat and that their divorce was due to arguments between the two.

Since the announcement of their split, Offset has not shared his side of the story. However, he has announced his first stage show since the launch of his new media platform AXSD. Offset will be performing for the AXR+EXP Concert Series on Oct. 16, 2020. Fans will have the opportunity to engage in his live music experience virtually. Tickets to the Sept. 26 and Oct. 16 shows can be purchased at axrexp.com.

"I get to perform for my fans again with my artists, Duke Deuce and YRN Mango live, globally on my platform," he said in a statement.

Fans who purchase tickets to Offset's virtual show by Sept. 26 will also receive access to another concert on Sept. 26, which features Skooly, Deanté Hitchcock, Xavier Omar and Elhae.

Ticket holders can engage with other viewers and performers through livestream chat and will also get branded merchandise and exclusive digital downloads from show partners, including Red Bull and Trick3D, which will supply a unique virtual keepsake for every fan with a ticket.

The performances will be broadcast live on FutureStream from Atlanta's CODA Building rooftop. Those with VIP tickets will have the chance to win one of 50 spots at the live performance. All attendees will be tested for COVID-19 and adhere to safety guidelines provided by the Center for Disease Control.

The shows are for a good cause as well. A portion of the proceeds will be donated to the creATL Grant Fund to support Atlanta's independent creative industry workforce during economic hardship caused by the COVID-19 pandemic.