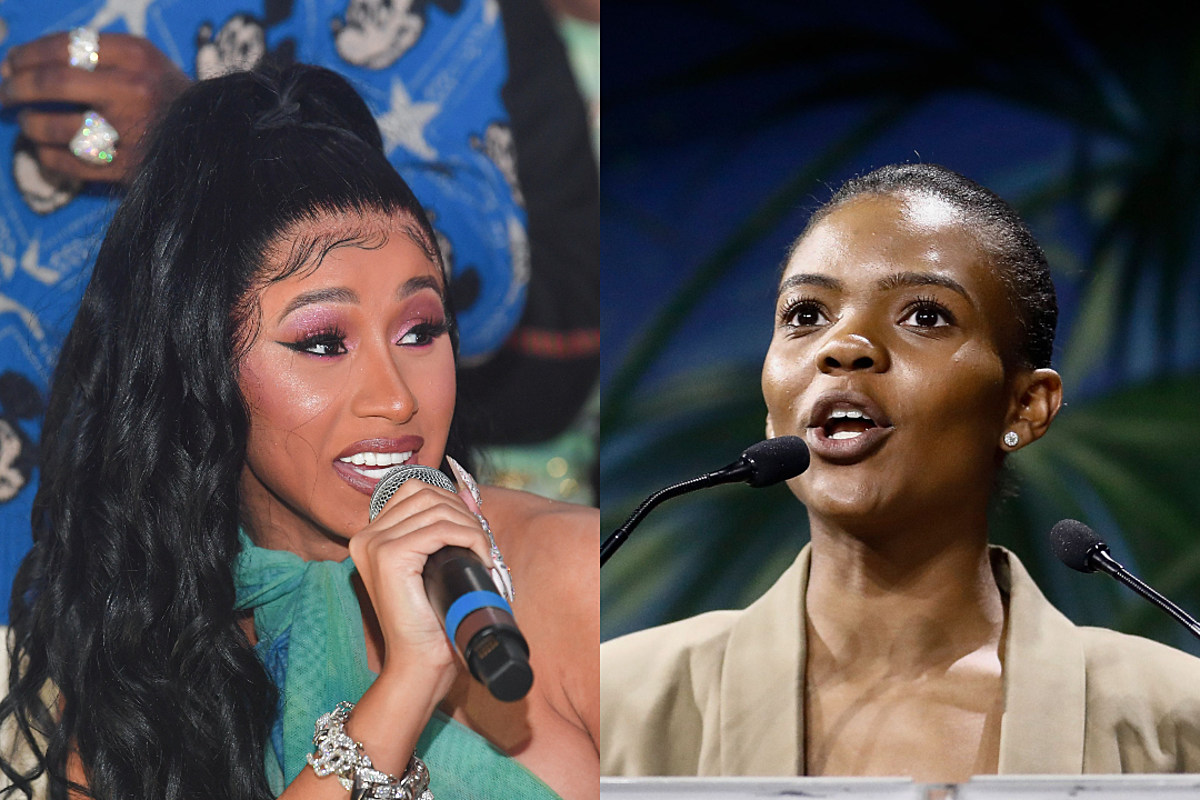 Cardi B has not been shy about voicing her political views, lately. On Sunday night (Sept. 6), she traded jabs with conservative pundit Candace Owens.

The Twitter beef appeared to be sparked after Owens posted a video from The Ben Shapiro Show, where she criticized democratic presidential nominee Joe Biden for conducting an interview with the Bronx rapper. It didn't take long for Bardi to clap back. Responding on Twitter, she posted, "You wanna know why joe gotta talk to me Candice cause I have the #1 song & yet my sister can’t go to the beach in the Hampton’s wit out trump supporters harassing cause they were by themselves & Santa Claus was harassing my sis GF all because they are a Afro/Hispanic gay couple."

Cardi later added, "Listen [Owens] needs to be mad at Trump not me! After all that hard work she did supporting him he did not pick her to speak at the Republican convention."

Owens then continued the spat. "To clarify—Joe Biden 'gotta talk' to you because you have the number 1 song and Santa Claus was harassing your sister? Um. K. Thanks for clearing that one up," she posted.

Cardi rebutted, "Yes you are right I have the number 1 song & I have a huge platform and I can make millions go vote to get the MAN THAT USED YOU .I don’t want to argue with you Candace I really don’t have the time .I honestly just feel sorry for you."

The two continued to blast each other over their political views, with Cardi calling out Trump for racism and Owens putting Biden's past political ills on front street and saying he thinks Cardi is dumb.

Cardi continued her taunts on Instagram. She even pulled up a 2018 tweet where Owens praised Cardi for being Kanye-esque and having free thought. "Since 2018 you been knew the power and potential that I have," Cardi captioned the post. "I will never let ya SILENCE MY VOICE cause you threatened by the power that I have for a NEW BEGINNING AND CHANGE ! People will call you dumb, stupid but deep down inside they know you a fuckin FORCE."

While Owens has praised the likes of Kanye West in the past, she has become a pariah in the hip-hop community. Back in June, T.I. condemned the cancel culture, but made an exception for Owens.