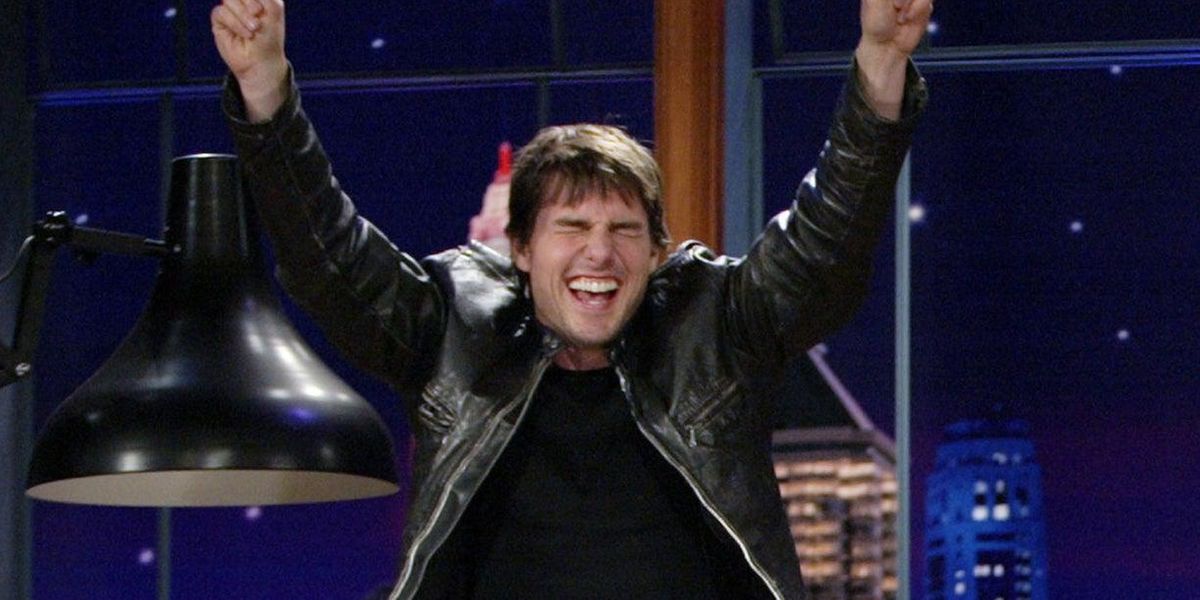 Considering that he’s a man who wears two masks at a time, it should come as no surprise that potential exposure to COVID-19 caused Tom Cruise to explode on his Mission Impossible 7 co-workers during filming.

It’s long been known that the legendary film star maintains a chokehold on every set he steps foot on. He does all his own stunts, a decision which has regularly injured him and at one point almost cost him his life. But when held up against the countless other eerie eccentricities that make up Mr. Cruise, doing death-defying stunts like dangling off a plane in mid-flight is actually his most “normal” characteristic.

He divorced all three of his wives when they were 33 years old and allegedly believes, thanks to his Operating Thetan VI level in the Church of Scientology, that he possesses the power to heal sprained ankles and broken joints solely through touch. He also could barely read until he was an adult and has his own holiday in Japan.

Armed with all these peculiarities, Cruise has also regularly exhibited a habit of being both creepily nice and a spiteful egomaniac. He once rescued a family from their burning sailboat but also doesn’t believe postpartum depression is real. Cruise’s decades-long egomania seems to still be in full swing thanks to COVID-19 and the many rules that came along with it. Here are obvious other times that Tom Cruise’s overbearing intensity has led to some agitated moments.

“Put Your Manners Back In”

Tom Cruise’s insanely uncomfortable Australian 60 Minutes interview is tense from its opening moments. Cruise maintains a neurotic grip over the interview the whole time, a sentiment that the reporter (to be fair, purposefully) pushes back on.

Reporter Peter Overton maintained niceties at first but was quick to ask Cruise why the movie star’s management asked him to attend a 4-hour “crash course” in Scientology before setting up the interview.

“Well you didn’t have to; you could have said no,” Cruise said with smiling eyes. “I felt I had too,” Overton clarified. “Well, that’s how you felt,” Cruise replied quickly. From there, the interview only grows tenser, as Cruise at one point tells Overton to “put his manners back in.” In the star’s defense, Overton’s questions regarding Nicole Kidman were pretty invasive.

“I’ve Never Agreed With Psychiatry, Ever”

Nothing like two creepy white men talking about psychology and a woman’s mental health! During a press run for War of the Worlds, Cruise stopped by TODAY to discuss his two-decade-long career and what it was like to embody Orson Welles’ idea on film.

The interview actually started off gingerly, with a spritely Cruise smiling alongside an equally happy Lauer. “You’re so much more open,” Lauer says at one point. But the discussion soon turned to psychology – a topic that regularly generated some heat from the Scientologist film star – and Cruise’s cheerful demeanor quickly became more pugnacious.

“I’ve never agreed with psychiatry, ever,” Cruise says. “Psychiatry is a pseudoscience.” Lauer pushed back against Cruise’s attack against Brooke Shields using antidepressants, to which he replied condescendingly, “I wanna see her do well.” The interview quickly shifts from that point on. “Do you know what Adderall is? Do you know Ritalin? Do you know that now Ritalin is a street drug?” Lauer evades the question, but Cruise latches on.

“There Is No Such Thing as a Chemical Imbalance”

In the same interview, Cruise completely dismissed postpartum depression and argued that exercise and vitamins could cure depression. Shields soon fought back against those remarks, calling them “a disservice to mothers everywhere.” “There is no such thing as a chemical imbalance… You don’t know the history of psychiatry, I do,” Cruise told Lauer in the heated TODAY exchange.

“All it does is mask the problem; that’s what it does. That’s all it does. You’re not getting to the reason why.” When Lauer brought up postpartum depression, Cruise merely said, “Drugs are not the answer. These drugs are very dangerous. They’re mild altering, antipsychotic drugs, and there are ways of doing it without that. The thing I’m saying about Brooke is there is misinformation, and she doesn’t understand the history of psychiatry…I disagree with it.”

In a viral red carpet segment that made the rounds on Ebaumsworld back in 2006, Cruise scolded a reporter who (for some reason) decided to squirt him in the face with a squirt gun. While initially laughing, the mood turned hostile rather quickly. “Hey, hey no, no don’t run away,” Cruise said to the reporter. “That’s incredibly rude. I’m here giving you an interview and answering your questions, and you do something really nasty. You’re a jerk.”

In the same press run for War of the Worlds, Cruise behaved like a mad man during his appearance on Oprah. He jumped on his chair, fist-bumped the ground numerous times, grabbed Oprah’s hands and arms without asking, aggressively hugged her. Not to mention, he sprinted after wife Katie Holmes and twisted her arms behind her back before dragging her unwillingly on stage to appear in front of a hysterical audience.

“I Won’t Hesitate to Put Ethics In On Someone Else”

In probably his most legendary interview, Tom Cruise’s Scientology video still reeks of blatant misogyny and white male ego. “We are the authorities for getting people off drugs,” Cruise says intently to the camera. “We are the authorities on the mind.” The interview only gets weirder and more psychotic as it goes on: “I wish the world was a different place. I want to go on vacation…but I can’t, because, I know. I know.”