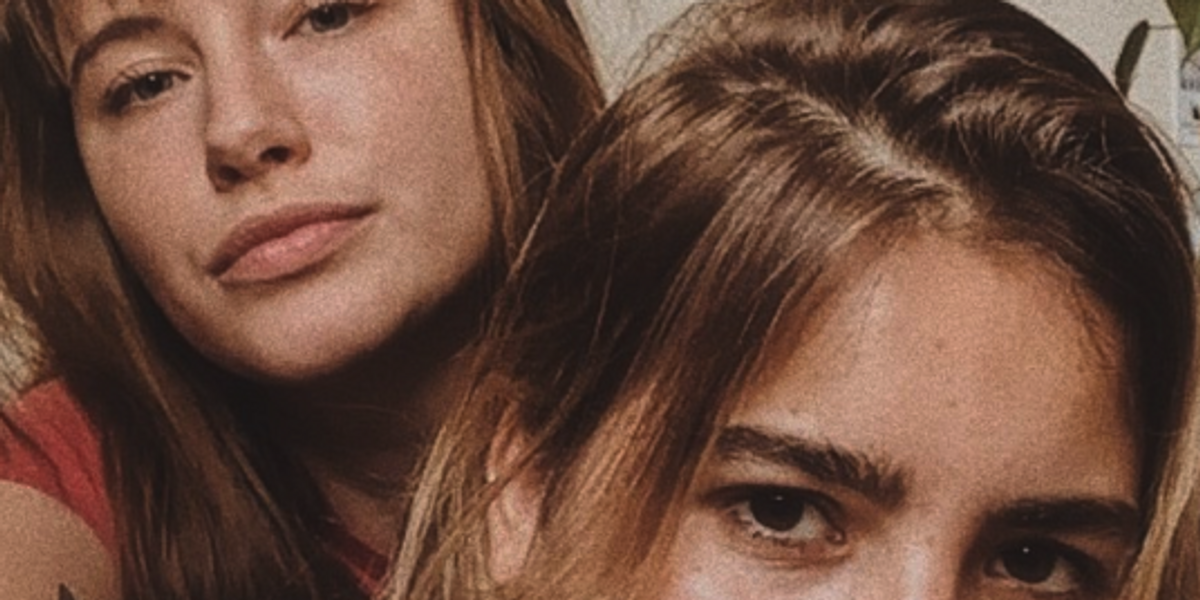 Written, recorded, and produced entirely in quarantine, it’s profoundly world-weary—like many of us have likely been feeling during the pandemic. But altogether the album is spellbindingly beautiful, studded with surprising and innovative musical touches and held together by stunning lyrics.

Sister. is a project by Hannah Pruzinsky and Ceci Sturman. Originally roommates at St. John’s University in Queens, they now live together in Bed-Stuy, where they created the entirety of “Soft Spot.” The band also includes guitarist James Chrisman, who assisted with production and recording via video chat.

The album’s first song, “Natural Disaster,” is a song about fear and climate grief and living in a world that seems fundamentally broken. In a world where we’re seeing more hurricanes, wildfires, and other disasters than ever before, songs like “Natural Disaster” are necessary to help us metabolize and comprehend climate change.

“I’ve learned to hold my dreams in a cage / Till Mother Nature can prove they’re safe,” read the lyrics, a sentiment that will sound familiar to anyone trying to plan for the future against the immensity of climate change and in a world that seems increasingly fragile. For a song so full of anxiety, it’s sonically transportive and serene. Delicate piano riffs, creaking synths, and dark strings add scope, making the song feel like it’s cracking open by the end.

The second track, “Pretended,” feels designed for live performance, meant to be played to large crowds on summer nights. It starts off soft and brooding, with lyrics about lost youth and an invasive government adding a fog of anxiety to mellow guitar fingerpicking. It’s a slow burn, picking up gently as it goes on. The lyrics are cryptic—”As much as I desire to I can’t escape my age I can’t escape my youth / Stimuli or simulacrum we stay up late discovering my flaws / If the government wasn’t down our backs would you hug me when it was ending?” they read.

There’s something dark and private and personal here, some kind of complex emotion that’s difficult to put into words—a combination of fear and anxiety about the wider world and a desire to hide away and pretend things are different than they are. As the song picks up, so does the mood, and you get the sense that something is changing, growing out of the darkness. An infectious, oddly hopeful reverb-drenched guitar riff adds layers of light to the stormy arrangement.

The third, “Cash Only,” begins with a melancholy emo-folk guitar riff. “We pretend it’s midnight and we can’t sleep,” they sing. The song captures the foggy feeling of being stuck inside all day, caught in a cyclical loop as the world seems to burn outside. Halfway through, it falters before erupting into a cathartic second act. Desolation and release flare up like ocean waves, breathing in and out.

These are songs that feel like emotions personified—confusion, grief, fear, and love all find homes among nuanced arrangements. They address unnatural topics like climate change, simulacrums, and the strange routines of quarantine, but the music ties it all together and alchemizes these unfathomable topics into something beautiful and warm.

Hannah and Ceci’s voices compliment each other perfectly, resembling some sort of cross between Lucy Dacus and Nicole Dollanganger; musically, the songs are ambitious, fractured, and tumultuous. These songs mark the arrival of an immense indie folk talent.