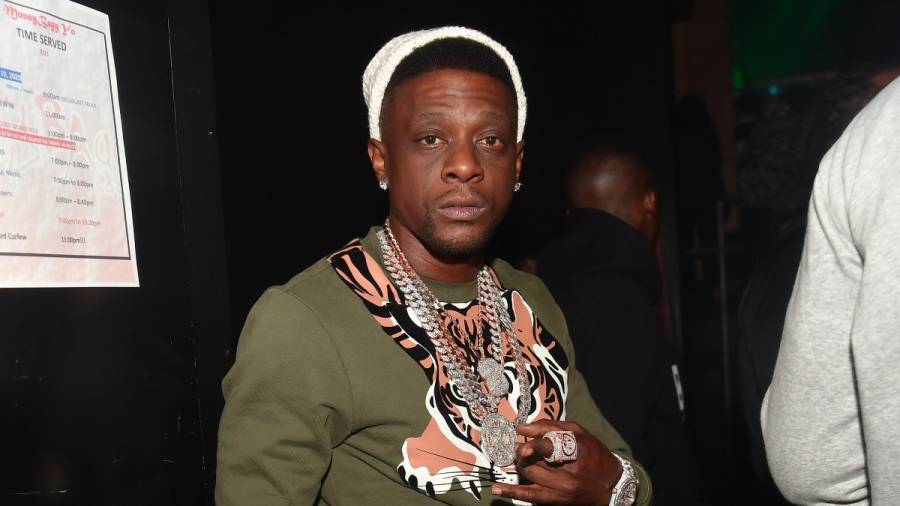 Boosie Badazz loves the kids – but not when they interrupt women giving him a good show on Instagram Live.

The Baton Rouge native was partaking in his usual IG activities on Tuesday (June 23), having a woman join his Live to show off her twerking skills for his viewers. As he complimented what he was watching, Boosie’s mood quickly switched up when the woman announced her kids entered the house.

“My kids coming, I gotta go!” the woman exclaimed, prompting an immediate ending of the shared Live from the “Wipe Me Down” rapper.

“Oh the kids!” Boosie scowled as he ended it. “Get the fucking kids out! Fucking kids! …Man school gotta start back. Man them fucking kids. These kids, dog. These kids.”

#PressPlay: #Boosie’s READY for them babies to go back to school 😩

Boosie has been using his Instagram Live to keep him entertained during the quarantine, and has been known to send money to women CashApp for showing off various body parts or dancing skills at his request. It was his Lives that seemingly inspired his peers like Retchy P and Tory Lanez to follow suit with similar antics, and Boosie is laying claim to setting that precedent.

“I would say I’m the originator. I just get the girls who on my live trying to add in,” Boosie said on the topic in an April interview. “I’m just going with the flow.”