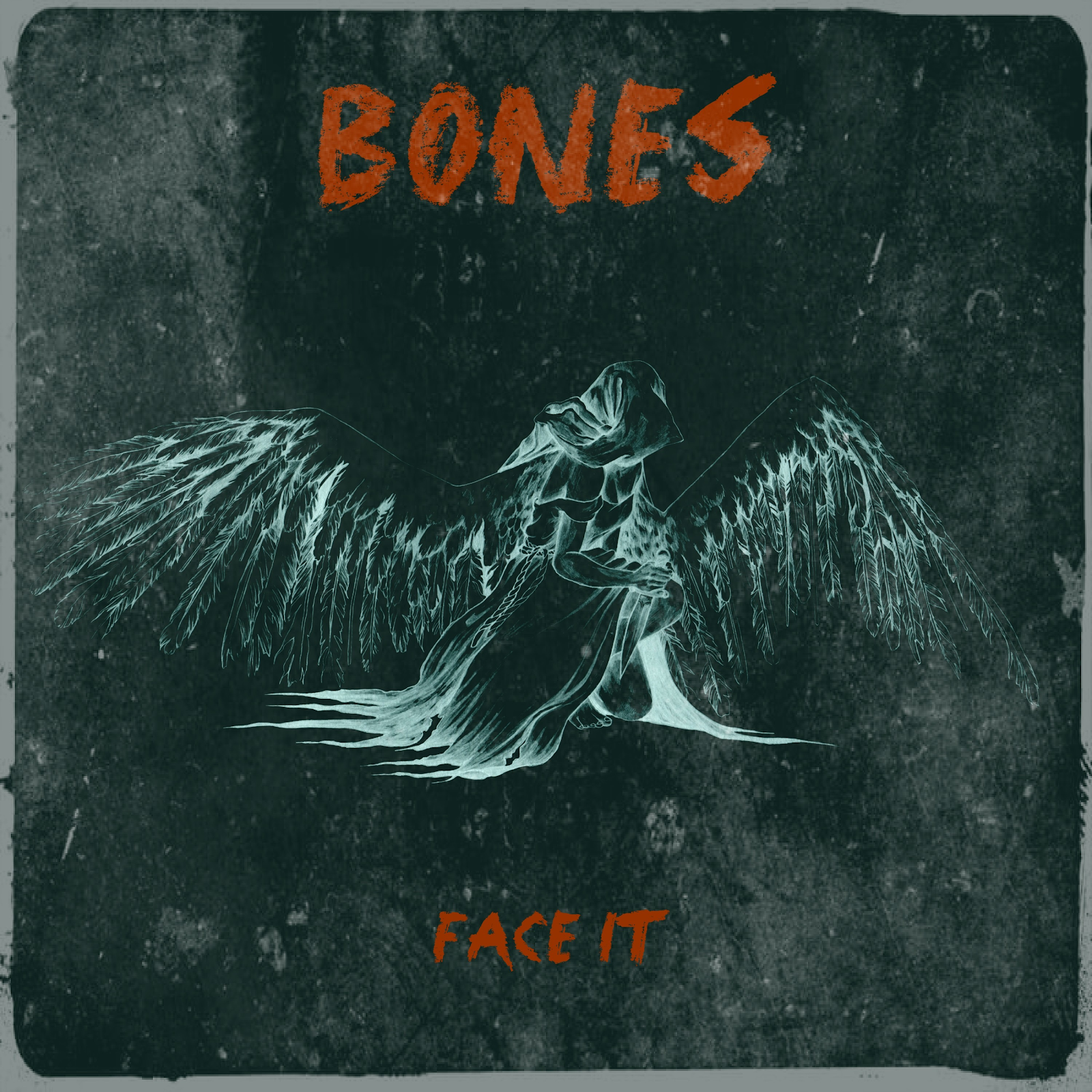 The press release perfectly describes the ambitious singer’s style: “Using various alternative-metal styles and soaking in new millennia influences Bones takes on his own life as well as his effect on others. Come for a ride, witnessing the thoughts of Death as Bones screams into the new age of music with a wide, rough vocal range and quick-triggering lyrics.
This entity brings something unique and disgustingly thrilling to a dying scene, with influences like Avenged Sevenfold, Megadeth, and Rob Zombie, but with the everlasting attitude similar to acts such as Pantera, Eminem, and Rage Against the Machine.”

Bones’ singular artistic signature is a perfectly linked combination of alternative, metal, psychedelic, and experimental music that masterfully explores his talent on “Face It.” Bones offers his audience an interesting variety of styles and singing techniques while confidently starting this new decade as an artist who has a special message to share with the world.