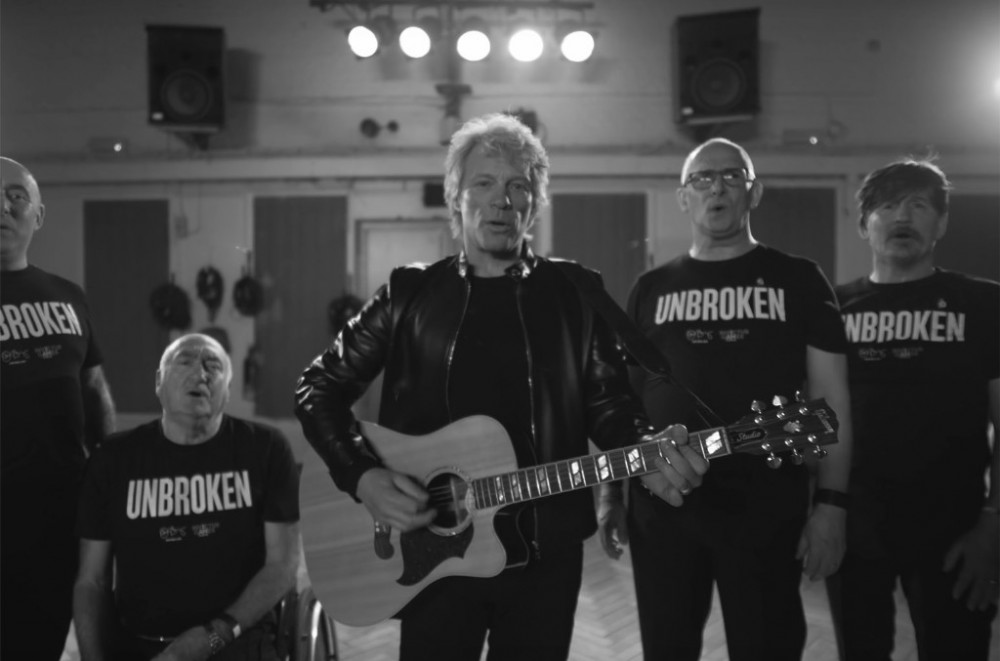 For a recent revision of “Unbroken,” Bon Jovi sang alongside an entire choir of servicemen and women closely connected to the subject matter.

Premiering today, the new version features Bon Jovi backed by the Invictus Games Choir, made up of injured and sick veterans and serving personnel from all branches and different ranks of the UK armed forces. An accompanying video shows Bon Jovi and the singers recording the track over two days last month at London’s Abbey Road Studios. Prince Harry also stops by, as the choir is part of the Invictus Games Foundation, of which the Duke of Sussex serves as Patron.

The Foundation, best known for overseeing its international multi-sport event for wounded military personnel, will receive all proceeds from the reworked track.

The original version of “Unbroken” is set to appear on Bon Jovi’s new studio album, Bon Jovi: 2020, due May 15 on Island Records. Watch the Abbey Road performance below.