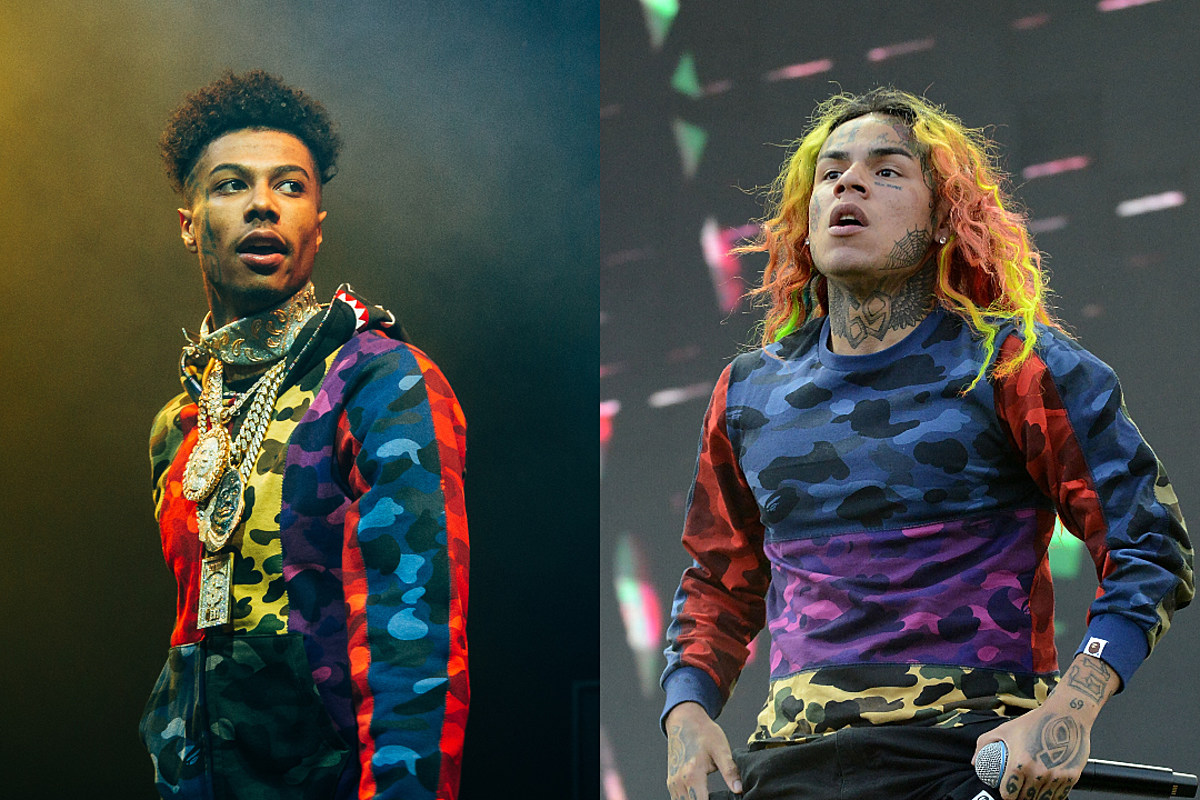 6ix9ine recently dropped the single "TuTu" alongside his sophomore album TattleTales and Blueface is not a fan.

On Friday (Sept. 4), Tekashi released his new LP and video for the latest record. Commenting under an Instagram blog post asking if the song was fire or trash, Blue offered his opinion. "This is terrible. Put Lil Durk on," he posted along with a crying laughing emoji.

Ever the comment creeper, Tekashi quickly responded to the unfriendly review of his new record by pointing out the lackluster album sales for the Cali rapper's debut solo album, Find the Beat. "Blueface 12k Lil Tjay 17k Smokepurp 5k Quandorondo 3k 💀 can’t be me," the Brooklyn rapper-federal informant noted.

6ix9ine has been getting into it with a number of rappers during the lead up to his album release. Last week, he and Lil Reese got into it, after Tekashi posted video from last year of Reese being assaulted. 6ix9ine was also called out by King Von for coming to Chicago. Both Lil Durk and Lil Tjay recently claim they were offered millions of dollars by Tekashi's team to fake beef with 6ix9ine in order to try and boost his notoriety and album sales. 6ix9ine responded by saying "Fuck Durk" in an online video.

6ix9ine recently made headlines for claiming he spoke with DMX while in prison. "Me and DMX was in full-blown conversations that whole time I was locked up," Tekashi said. "He was at MCC, he said, he put it like this, he said, quote-on-quote, 'Baby boy, do what you got to do.'" X has yet to confirm his conversations with 6ix9ine.