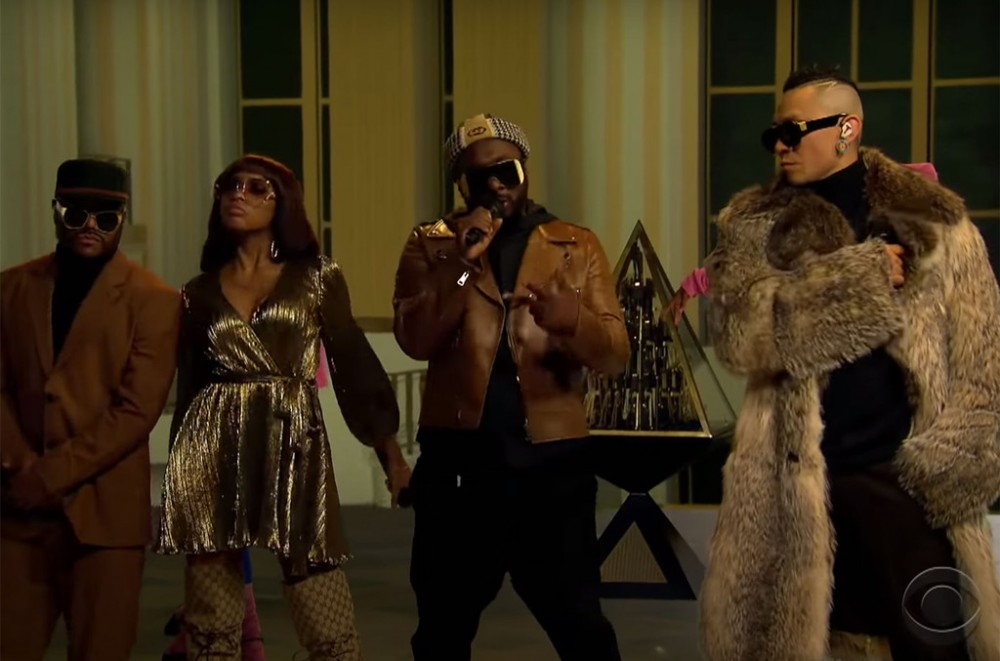 On the celebration streak of their new studio album Translation, the Black Eyed Peas virtually visited The Late Late Show with James Corden, where they made their late-night TV debut with “Mamacita.”

After a chit-chat with Corden, where they talked about quarantine’s life lessons and dream collaborations, BEP was joined by J Rey Soul for an impressive remote performance of “Mamacita.” Reimagining the vibrant music video, the artists, all glammed up in brown and gold outfits, are seen in an animated mansion as they are joined by a group of dancers. Ozuna makes a small cameo in an old-school TV screen.

On the Billboard charts, “Mamacita” hit No. 7 on the Hot Latin Songs chart (dated June 6) and later hit No. 1 on the Latin Airplay chart on the June 20-dated survey.